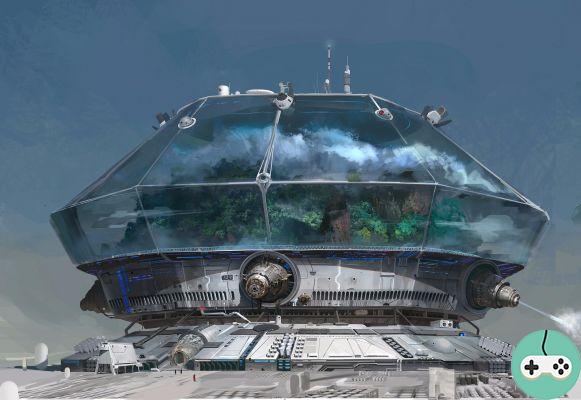 Almost a month away from the release of 5.2, The Battle for Iokath, we have clarified what content will be added with this update. Let's start with a new third of equipment that is revealed to us on the official forum:

With Update 5.2 we will be introducing a new tier of equipment in Galactic Command. Tier 4 will work a little differently from other tiers and we want to shed some light on why we're going to implement it this way. Additionally, we know that our social media post raised various questions so we're talking about that here first.

100 more levels would be a logical addition to the system. However, as it is already possible to increase the command rank indefinitely to rank 300, we have decided to stay this course and see what your feedback is. So, when 5.2 launches, Command Crates obtained at level 300 will contain Tier 4 equipment (and therefore will no longer drop Tier 3 after level 299).

Why a new third of equipment?

We have two objectives in mind with this addition: the first is to place an additional profit for the players who have taken the time and we are making the effort to climb to level 300. The second objective is to give the players the most Proficient in PvE a notable reward for their coordination and master mode gameplay along with introducing the equipment needed to kill Tyth in veteran mode and other bosses in master mode. PvP players will also be able to purchase this equipment for unassembled components as is possible for current third parties.

Now, let's go back to how the third third differs from the previous thirds. Maybe it would be better to start by seeing the changes to the Command Crates in 4 (see our translation here)?

The main change to Tier 4, compared to the old tiers, is that all new drops in crates will be Prototype (Blue), Artifact (Purple), or Legendary (Gold) quality; there will be no top quality third party 4 (Green). Additionally, prototype quality items will all have set bonuses. This will mean that all equipment parts obtained from Tier 4 crates will have a set bonus (when possible) and will be of prototype or higher quality. It is also important to note that all Tier 4 pieces will be superior to equipment from previous tiers, including the legendary Tier 3. As this level will be the best to obtain, it will be relatively rare in the Command Crates.

Tier 4 is mainly for the more "hardcore" players who are well over the 300 level limit and are working on getting the best pieces of gear for their character. Now every player has the opportunity to get a full set of the best gear offered in swtor.

Does that mean he might have a Tier 5 Gear Rank XNUMX and / or more Command Ranks later in the future?

We have certainly explored the idea of ​​adding additional command ranks and a Tiers 5 was of course also discussed. As we plan for new items in the future, these may or may not arrive with new Command Ranks or a new Third Party. When we have determined the appropriate mechanics, we will let you know, but that will not happen until much later in the year.

Let us know what you think, thank you all.

Some additional details are brought to us following the first reactions.

Finally, for PvP, the boost will now be based on 238 index gear.


Do you want to be up to date and know all the tricks for your video games? In gamesmanagers.com we enjoy playing as much as you do and for that reason we offer you the best tricks, secrets or tips for you to play non-stop. We offer you quality content and always updated to keep you up to date. That's why, in our website, you will find not only videogame guides but also tricks, secrets and thousands of tips so you can play to the limit. Are you ready to get it? Enter now and enjoy your videogame!
Monster Hunter World - How To ... ❯

Rift - Carnival is in the city!