SWTOR - A People of Survivors 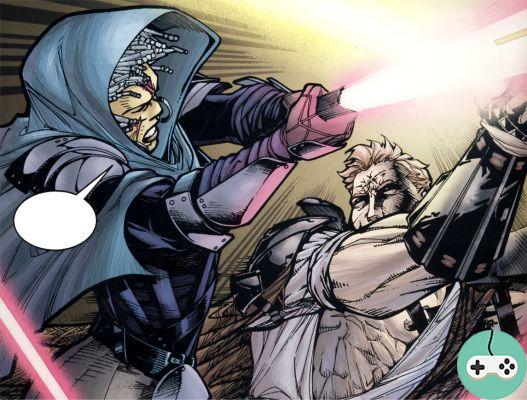 The planet Cathar was discovered by the Republic about four hundred years ago. However, its inhabitants were already familiar with Basic, which meant that they had already had some contact with the outside world. It is located in the expansion zone (at the border of the Core worlds, if one refers to the TOR map), very close to the border (Taris and Mandalore, which I will discuss later are in the imperial space on the TOR map). The Jedi explorers quickly forged certain bonds with its inhabitants, quickly recruiting several members into their ranks. 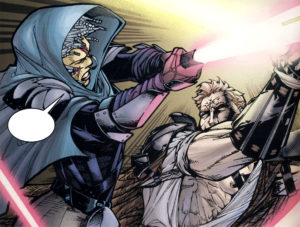 But that was before the war against the Sith Lord Exar Kun (reminder for those unfamiliar with the Lore: Kun had no connection with the Empire). Two Cathar Jedi have entered this legend, but not necessarily in the right way. Crado died in a shameful manner. And while Sylvar was a respected teacher, many noted his tendencies to flirt with the Dark side. Cathar therefore distanced himself from the outside world. Already they were a species rather closed in on itself… And when the communications ceased completely, no one reacted. After all, this was not a Republic world, they did whatever they wanted.

It took several years for the Jedi master known by the nickname Revanchist to discover the truth. The silence was not voluntary. Mandalore the Ultimate and his personal strategist Cassus Fett were going to war and wanted to set an example. They went after Cathar, slaughtering all the people of this planet. Only a Mandalorian opposed the genocide and was shot dead on the spot. Picking up a few pieces of his mask, the Revanchist donned it and swore he wouldn't take it off until Cathar avenged. He did, but the consequences… are another story.

Not all Cathars died in this genocide. A handful of survivors managed to escape just in time. And there were other families who had settled on other planets. These allowed the breed to continue. They even had a Jedi heroine in Juhani to inspire them. After the fall of the Mandalorians, some returned to settle on Cathar. But others continued to live "in the stars".

Three centuries later, the Cathars managed to become a number again. Enough for the communities left outside the planet to seek new virgin territories in which to settle. But the war between the Republic and the Empire makes things more difficult. In this conflict, whether direct or underground, the vast majority of Cathars are pro-Republican and the rest are neutral. Except…

During the war that led to the Treaty of Coruscant, a voice was raised to complain about the way the Republic treated the Cathars: Prince Shange was a tribal chief, therefore of a certain rank. He could benefit from his status to make himself heard better. But he disappeared under murky circumstances. While they wanted to free the Dreadbenders, the Empire found him in a cell in Belsavis. They immediately recovered it to serve their cause. The Republic made a political mistake, and enemy strategists intend to profit from it. The integration of Prince Shange's followers into the Imperial Army has already started. And we can even see the effects on Makeb… 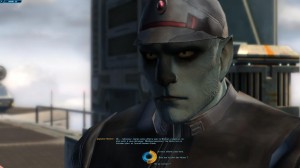 Before the discovery of Cathar by the Republic, life on the planet was organized in tribes around city-trees. Blood ties were very important. Logical consequence when couples form for life. The greatest deeds of the heroes were engraved in the bark, a badge of honor. But the traditions have lost their strength for those who have lived outside the planet, in an environment very different from that of the tree-cities. Traditional values ​​are not as strong as they used to be. However, they continue to guide the ways of thinking of the Cathars.

What are these traditional values? Pride, courage, honor, morals. A line of conduct to which the majority of Cathars comply. Normally, this would imply that they renounce any form of crime. But there are deviants in all cultures. And when a Cathar takes this route, he tends to reject everything that makes up his usual culture. Be careful though, this statement is not a justification for the dark side. One can very well use these values ​​by sliding towards darkness just as one can replace them by others and illustrate oneself by its light. 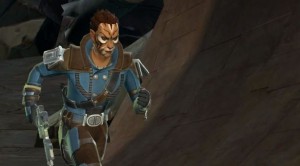 And it is these traditional values ​​that have led us to the current distribution of Cathars forces. On the one hand, honor which implies staying with the traditional ally, with whom we have a long history and many common interests. And not betray in the midst of conflict. Especially for questionable morals. On the other side, there is an honor and a pride which imposes not to continue in this way, that the betrayal has already been done by the other. Even on a rebel agitator, since passed in the other camp. Fortunately, the Cathars do not have a single government, it would have a lot to do to manage the current schism ...

Do you want to be up to date and know all the tricks for your video games? In gamesmanagers.com we enjoy playing as much as you do and for that reason we offer you the best tricks, secrets or tips for you to play non-stop. We offer you quality content and always updated to keep you up to date. That's why, in our website, you will find not only videogame guides but also tricks, secrets and thousands of tips so you can play to the limit. Are you ready to get it? Enter now and enjoy your videogame!
SWTOR - Ranked PvP: Season 4 Rewards ❯

Add a comment from SWTOR - A People of Survivors