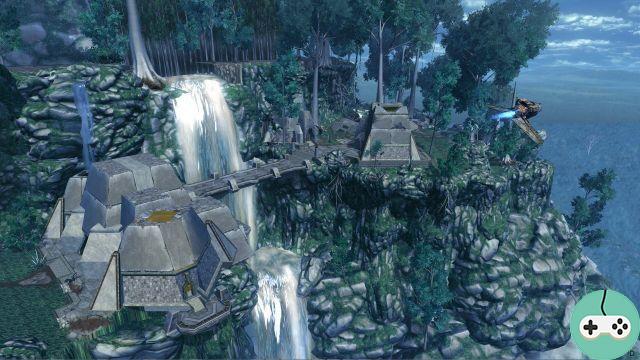 As we announced to you some time ago, this morning at 5 am the Cantina Tour took place which had settled in Anaheim, on the occasion of the Star Wars Celebration. A Cantina Tour for once broadcast live.

I therefore suggest you see the replay of the evening, and below the full summary, and the content of the USB key given to participants.

Will Mandalore play a bigger role in the game?
Charles - I am a huge fan of Mandalore. I'm not going to spoil it, but that would be really cool, right?

Will there be other interactions with partners and more stories about them?
Jesse - Partners are a big part of the game. I can't give more details, but we really want to put them back.

For someone with no experience in MMOs, what's your best advice?
Michael - See the x12 XP Boost on May 4 (note: answer a little silly in my opinion, but it's subjective).

Costume option where we can change our appearance other than the armor we wear?
Jesse - it's something we think of, like in the Imperial Agent story, where he has to wear a costume at some point.

Any plans to add other partners?
Jesse - Treek has been one of the most popular things added to the game, and I think you'll see more of it in the future.

Chances of seeing additional Fortress Hooks?
Michael - It's a good idea. Some players want other hooks or hooks in other places. Yavin IV has more hooks, as well as wider hooks.

Playable Race: The Wookies?
Michael - It's on the wall of madness. We love the Wookies. There is one breed that we will be implanting this year - the Togrutas. The VO for Wookies is more complicated to set up than for other races.

Will the pureblooded Sith have any other hairstyle choices?
Michael - Come see us afterwards and we'll talk. We would like to add more.

Are you planning to make more items stackable in inventory?
Michael - Tell us what items and give us your feedback. We're always looking for ways to make the game more enjoyable, and if we can make inventory more convenient, we will.

Can we have Mandalorian banners for the fortresses?
Michael - Absolutely.

Any plans for more items / perks at level 50 of Heirloom?
Eric already asks in the audience who is level 50, and almost everyone raises their hand. He must have quickly regretted his question.
Give your feedback on this.

Will we be able to have costumes for Wookies, Rodiens, etc, just for RP, and not for combat?
This is something we talked about, maybe added in the future.

Any plans to rethink op boss fights to make them easier to handle for Hand-to-Hand combatants?
Jesse - improvements are going to be made in 3.2, and we will be vigilant for that in the future. We put together a group of only melee characters, just to make sure it was doable.

Will the blocked area on Ziost's PTS be part of 3.2 or later?
Michael - We have seen that screenshots have been unveiled (note: Oops ^^). The answer is yes, there are more things planned, but I can't tell you when.

Chances of having a Huttball training area, in the guild ship or a fortress, for example?
Michael - It's a good idea, but we don't have any plans for it. The license to pay to the Hutts is very high, but maybe we can do something.

Will we be able to see the Emperor in his original pureblooded Sith appearance?
Jesse - The Emperor is very powerful and can take many forms. Stay tuned. What if his Sith form wasn't his true form?

Here are the images of the USB key given to the participants. 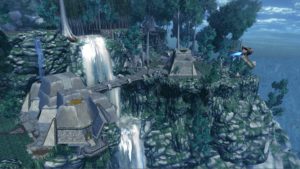 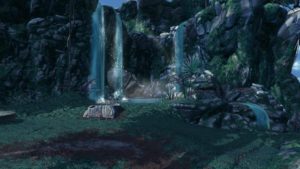 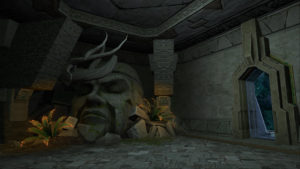 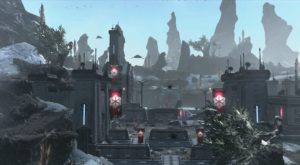 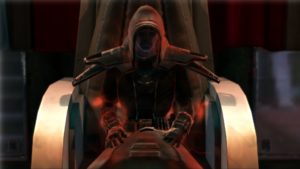 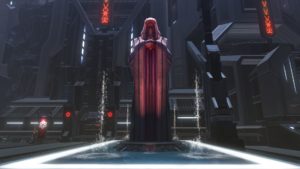 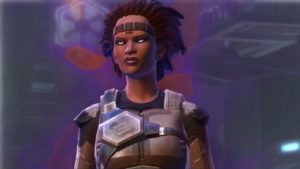 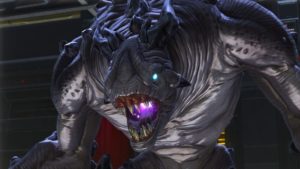 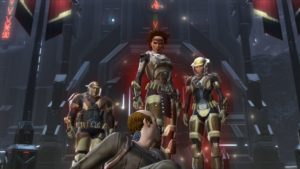 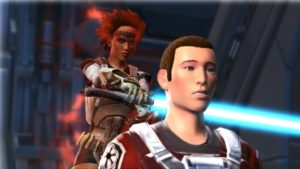 Personally, I love it! 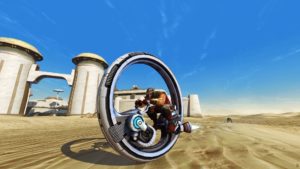 And do not forget, codes have been distributed to the participants, allowing them to share 5, who themselves will be able to share 5, etc etc ... For the moment, this system is not yet implemented. up, but should be done quickly. So if you ever have one or more codes in your hands, don't hesitate to share them with us, so that we can distribute them to the community.

Torment: Tides of Numenera - The new RPG to explore! ❯

The Sims 4 - Saving Lives Has Never Been So Fun