Recently, a new reputation has been added in The Old Republic. But no way to get her up had presented itself. It's normal. Bounty Hunting Supplyers must succeed the Cartel Contraband. The next series of Cartel packs should provide various reputation trophies that will allow us to mount it and thus access new merchants in the Cartel Bazaar. But we'll cover this in more detail in another article. Here, we stay on the first two packs of the series which were announced, that of provider, and that of independent bounty hunter.

Like the other packs, we will find color crystals, weapons and armor, mini-pets, titles, emotes and mounts. Among the latter, an animal. After the tautaun, the varactyl was announced. This is the first in the series. 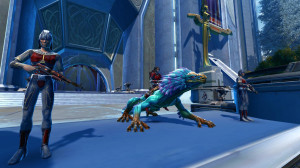 As for vehicles, we will also find in order the Aggressor Morlinger, the Runner Hyrotii, the Black Wolf Meirm, the Badingo Meirm, the Bullfrog Meirm, the Patriot Orlean and the Emerald Gurian. 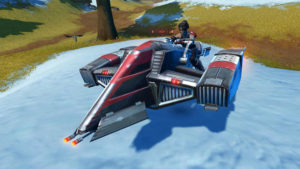 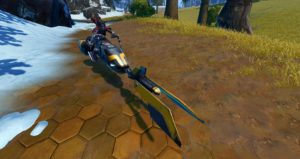 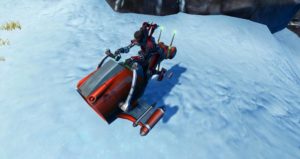 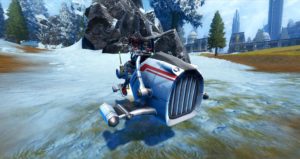 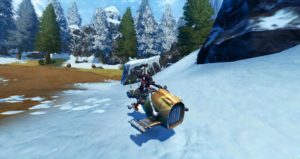 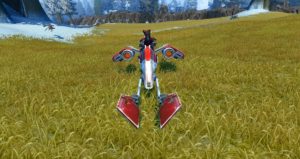 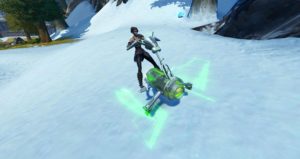 Let's move on with the weapons. A little less than usual, since there is only one model per type of weapon. And pretty mundane names with simple numbers for the blasters. As for lightsabers, they are surly. 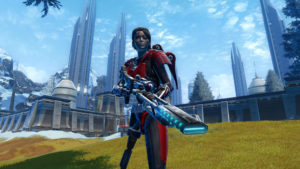 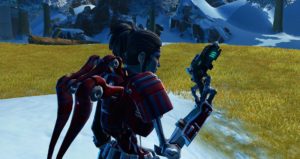 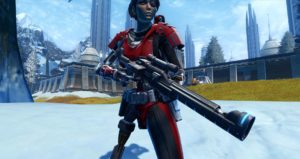 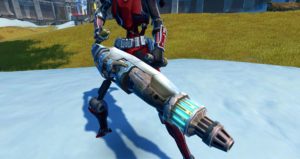 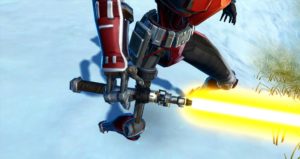 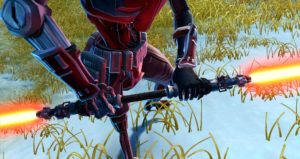 You will notice the armor present in these last pictures. At the start of the game, some players found it a shame that the cyborg implants only affect certain parts of the face and not the body. With the 505 Series Cyber ​​Kit, replace your arm and spine, your legs, and even both of your feet. 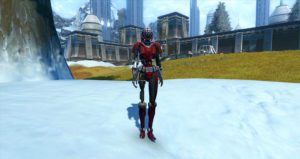 The sets of dynamic and voltaic Vandal, prodigious and energetic fighter, the concealed combination and combi-lightning will also be part of the lot. 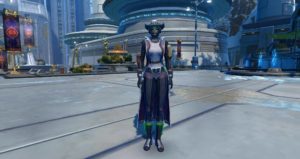 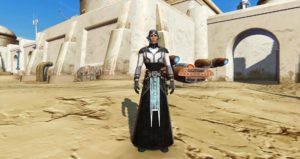 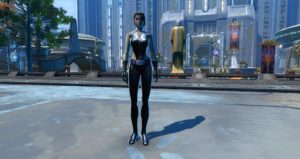 As for Lore's armor, Dark Sion and Mandalore the Savior (Canderous Ordo) will be in the spotlight. Small aside on the latter. Personally, I would have preferred that the developers be satisfied with the outfit of KOTOR I and forget that of the II. Mandalore's helmet is said to be a one-off, and Mandalorians of the genre send grenades to stores offering knockoffs. Which is unfortunately impossible in a mmo. Anyway... 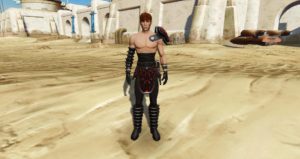 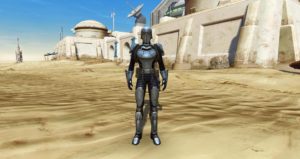 Other breastplates follow, such as the unbuttoned trench coat (or exhibitionist coat), the minimalist gladiator chestguard and the training shirts of your favorite huttball teams. 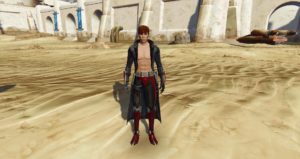 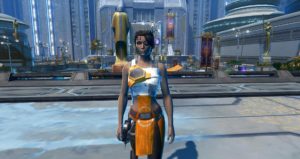 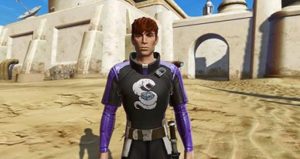 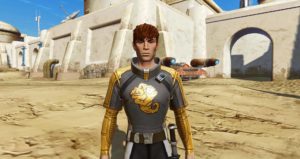 Finally, the stock of new armor ends with two headdresses, ritual and ceremonial. 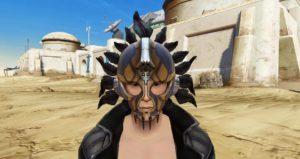 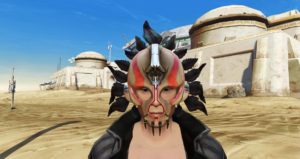 The mini-pets include lobels and lisks, the Defender and Mantis mini-ships, as well as an astro-mechanic droid. On the emote side, no new mood but a jump of joy, an imitation of a chicken and another of a droid. And above all two ways of sitting. They will certainly be in great demand, these two ... 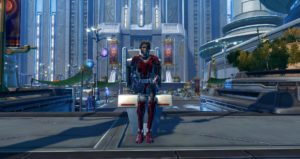 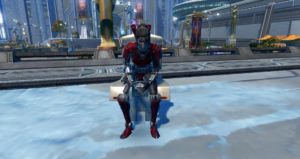