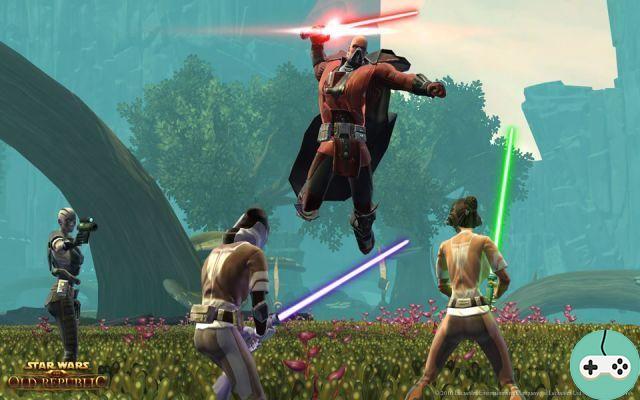 Scheduled for mid October, 5.5 will bring its share of class changes. Here are the ones that have been announced so far. Remember that these changes are not yet final and that they may change between now and the release of the update concerned.

DevNotes : The Deception / Infiltration disciplines were outperforming, so we made some changes to bring their dps back to their target value. We've reduced Ball Lightning / Psychokinetic Blast discipline damage on top of that to change some passives that will impact damage to other skills.

DevNotes : To maintain Lightning Sorcerer and Telekinetic Scholar, we have reduced the critical damage bonus of Reverberating Force / Reverberation by 5% and increased the damage of Shock / Projection when Crushing Darkness / Mind Crush is on target. We also fixed a bug where the secondary attack of Forked Darkness / Mental Momentum and Forked Lightning / Telekinetic Momentum was not calculated correctly. These changes level out damage and bring it back to its target for dps.

DevNotes : The Annihilation / Watchman discipline was overperforming, so we made these changes to get back to target dps. Deadly Saber / Overload Saber dealt most of this damage, so we've reduced their damage slightly to match the damage of other abilities in the discipline, while maintaining their role in the rotation. Additionally, we've reduced the effectiveness of a few other damage-over-time abilities through changes to passives that bring dps back to its expected value.

DevNotes : Chilling Scream / Freezing Force was dealing too much damage with the Piercing Chill / Persistent Chill utility. It was used as a single-target ability when it was intended as multi-target, so we've reduced its damage. To compensate for the lost dps, we've increased the damage of Force Lash by 100% and Draining Scream / Burning Blade by 45%. Additionally, we have increased the critical chance bonus or periodic damage and melee damage by two abilities (per discipline) by a passive that allows you to increase damage to reach the target dps.

DevNotes : Marksmanship / Gunslinger Sharpshooter was slightly outperforming, so we've reduced the crit bonus and bonus damage from Snipe / Charged Burst by a small amount per passive, which brings dps down to its target value.