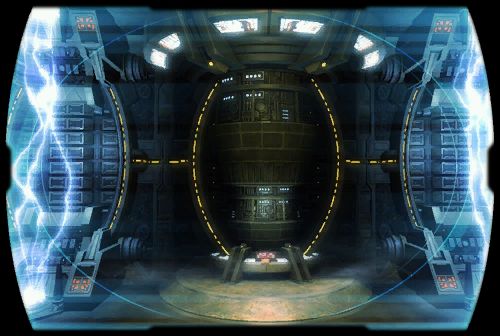 While some species like to spread throughout the galaxy and colonize certain planets, such as humans and zabraks, others are happy with their sector. They are not looking to develop great empires, like the rakatas. If they find themselves involved in galactic conflicts, they need a commodity to negotiate to force the parties involved to respect their neutrality. Some have bet on technological innovation. To reach the level necessary in this kind of situation, you have to rise among the greatest brains in the galaxy. Here are three examples of civilizations that have reached this level. 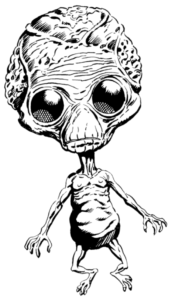 Columis are one of the oldest civilizations in the galaxy. They are credited with the very first interstellar journey. These creatures measuring between 1m and 1.75m and with disproportionately large heads are the evolution of herbivorous Columus lizards in the Core. Two million years ago, they underwent mutations that accelerated their development. Several thousand years ago, they visited several systems neighboring their own. But finding there only barbarism and too strong gravities, they returned quickly home. They then turned their science towards cybernetics: their heads too heavy and their limbs too weak required help to live better. Many aerochaises are the result of their ideas. They also worked on remote activation and control systems. Politically they are close to the ideas of the Galactic Republic, of which they are members. But their isolationist tendencies still keep relationships to a minimum. 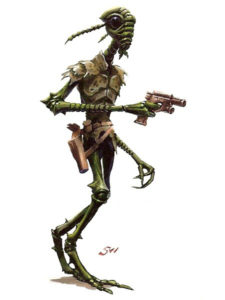 In the Median Rim, along the Perlémienne Trade Route, the asteroid fields of the Roche system are home to the Verpine swarms. These insects lived in conditions that required constant tinkering. Let a verpine study any technology, and you can be sure that it will give you a boost and / or improvement for it. Many beehives have turned into businesses, where all of their members work. The most famous work in engineering, environmental systems and naval design. They don't have large yards to build fleets, but are able to build entire sections to fit into larger ships. They also have droid companies. And others in armaments, offering weapons and shields. They are usually affiliated with the Republic, but were once part of the Empire of Revan. Basically, they are not averse to working with Sith. 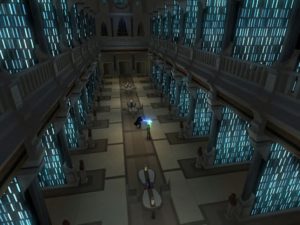 The Obraa-Skai system is a very important link between the Core and the Borders. Many strategists were keen to seize it to facilitate the passage of their troops. Creating a library in this place may seem odd. This is however what was done in -13 before the Treaty of Coruscant. The data thus gathered covers nearly 129 species. One of the largest gatherings of knowledge in the galaxy. History (including that of the Jedi), medicine, applied sciences ... We can find a lot of areas of work here. Of course, if we want to make money with it, we can only act with public licenses and free of rights. So to which everyone has access. But by studying them, we can also think of improvements that companies would buy for exclusivity. This is called obroan technology, named after the race that originated on this planet but is no longer the dominant species. Officially, Obraa-Skai's only exports are computers to access their archives without having to travel.