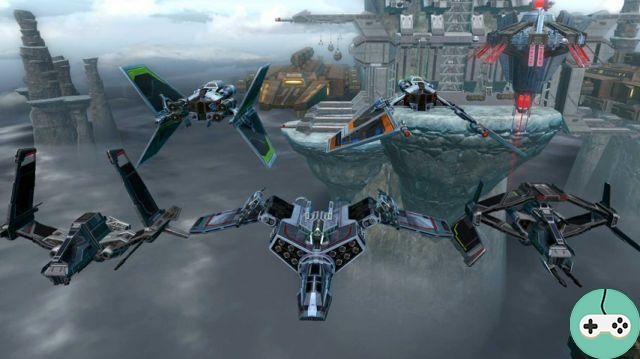 The closer the fateful date draws, the more feverish I feel, eager to learn more about Galactic Starfighter. That's good, we're going to discuss a bit about ship upgrades and the requisitions needed to get them with Jason Attard, Senior Game Designer. 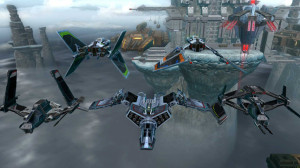 Without components, no vessel. These are the pieces that will determine what you will do during combat. Your ship has nine component slots:

Each slot has a component by default, but you can also unlock some and therefore change them. You will also be able to improve these components, according to three to five levels of improvements, giving them new bonuses and characteristics. 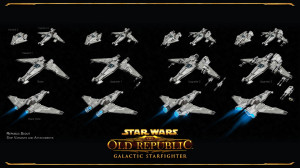 To unlock all these components, you will need requisitions, which you will get by taking part in space battles. Each battle will earn you requisitions, with victory giving you a significant bonus. Your exploits will also count in the calculation of the requisitions which will be granted to you, for example defending an objective, eliminating an enemy. The upside is that these feats can be shared among the players who took part in the action: you will earn as many points for helping to take out an enemy, even if you don't deal the final shot.

Each ship has a daily bonus reserve of points, much like the rest experience for characters, and which gives you the possibility of collecting more requisitions, as long as the reserve is not exhausted. It will therefore be wise to use several ships in the same day to maximize the points obtained. Maximize each component of your ship and it will be considered overpowered, giving you a substantial bonus in requisitions as well. The opportunity to continue using "veteran" ships.

Two types of requisitions can be obtained:

The Ship Requisitions will be used to unlock and improve the components of your machine. Fleet Requisitions, which take a little longer to obtain, will allow you to purchase new ships or crew members. You will also be able to transform your RV into RF via the Cartel market.

If you want to have even more details on the components, do not hesitate to take a look at our dedicated article where you can find the list of each component and their improvements.

Add a comment from SWTOR - GS: Improvements and Requisitions