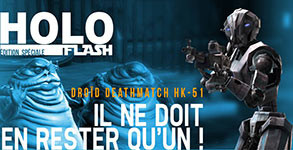 While free-to-play has only just arrived, 4 events have already been organized. There will be something to take care of friends:

Organized by the Luxum Company, this event took place on Friday, November 16, on the Battle Meditation server, Empire side:

Bounty Hunter, meet in the Spirit of Vengeance airlock at 20:30 p.m. for the mission briefing. Non-Bounty Hunters can hire Bounty Hunters to go with them. They will be asked for a minimum of 500 credits.

There is no player limit for this mission, so we will be happy to have you with us, minimum level 47 is still required.

Contact Le Beskar'gam when you are ready to go!

Unfortunately, the event was not a great success and will be repeated very soon!

Season 1 on Mantle of the Force

PvP fans of the Mantle of the Force server, the P4F community (SWTOR PVP for Fun Community) is organizing a season 1 while waiting for the first official season to begin. You can find the rules on the community site here and the registration here.

The start of the matches takes place on November 20 but registrations are accepted until the 30th (this is possible as it is an event with home and away matches). As Willian, one of the organizers, puts it:

May the best win

In September, the Elux guild hosted a very successful event on the Darth Nihilus server (review announcement). At the end of V1, all participating guilds imagined creating a forum for the server. Today, it is therefore a double announcement: the establishment of this forum and the organization of the V2 of the event which made it possible to unite the community. 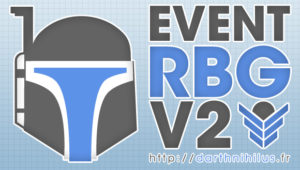 Each guild lines up a line-up of 8 players with no restrictions on classes / line-ups / item / stuff (line-up changes in the evening are allowed). To participate in the tournament, teams must give a starting bet of 400k credits (i.e. 50k / players). During the evening, at the end of each match, the team leader will take a screen to attest to the victory (or defeat) of his team in addition to sending an IG holomail to the Republic or Imperial organizer.

At the end of the evening, a ranking will be established according to the ratio of matches played / wins / losses. Equal ratio, it is the team which will have made the most match which will pass in front. For an equal ratio and an equal number of matches, it is the addition of the greatest number of players killed in the evening that will be taken into account (accounting via the screens).

For guilds that cannot line up 8 over-opted / over-stuffed players, no worries, the higher the number of participants, the lower the chances of falling against the big teams, which will give each guild a chance to show his worth and win the jackpot! PU teams are authorized as long as a lead is defined to take the screens and give the membership fee.

Credits will be collected and redistributed by Elux officers (Naevia, Exee, Makhno, Eruption)

In summary, what is important to remember:

There should only be one left!

The Order of Mist (Empire guild on Battle Meditation) is releasing a new special HOLO-flash. According to their information, the Hut Cartel is preparing to organize a new Deathmatch Droid! 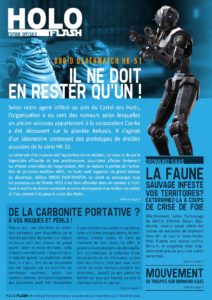 In order to reduce the range of activation of several HK51 models, the hutts will organize a big tournament of the now famous DROID DEATHMATCH. The cartel will encourage all HK51 droid owners to face them in a fight to the death. Only the surviving droid master will be awarded a million credit and a lifetime contract for the Hutts Cartel.

The date will be communicated to you later.

Are you going to participate? Too bad nothing is happening on Mantle of the Force ... (addition of the event on Mantle, it's less of a pity!)