SWTOR - Imperial Edit GR-1NC4 relating to the day of life 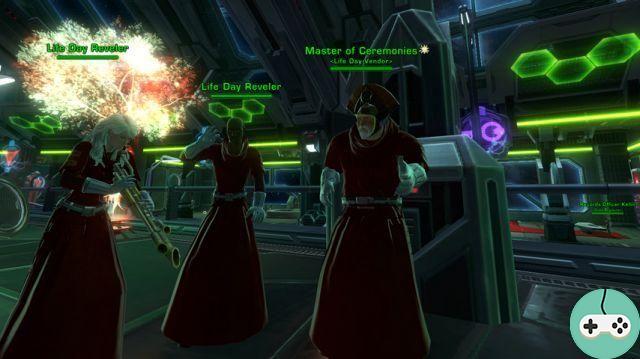 A circular from Explosive Devices Office Imperial (BEE) has just been made public. She charges the participants with an event called Day of Life, accused of terrorism. Officials have obtained an official license to trade on the Vaiken spaceport. They encourage improper behavior, such as dancing, singing, and a certain affection towards wookiee enemies. The BEE therefore took steps to ensure that the goods of this "Master of ceremonies"are classified according to section 53-T relating to contraband. 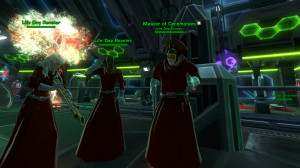 Here is a short list of the material sold by these organizers: 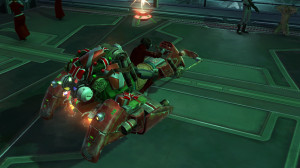 The license of these Day of Life officials is supposed to last from the 17th until the end of the month. Until then, BEE advises you to be careful.