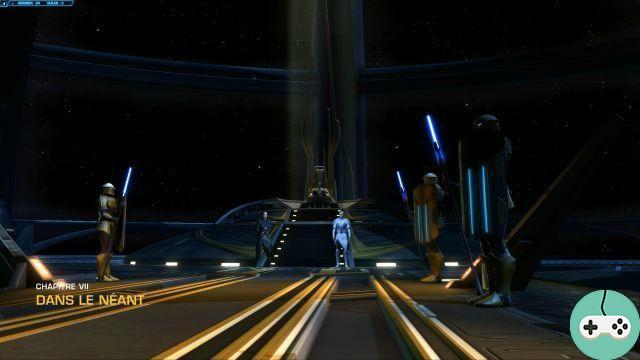 After the harsh events of Iokath, the war on Zakuul and Arcann's intervention, we try to take a rest when we are subject to a vision. Our bond with Valkorion grows stronger and we capture his memories. We then learn that he sent Vaylin to Nathema, a corrupt planet, in an attempt to condition it. We think she might have gone back there and we get ready with Lana and Theron to go. 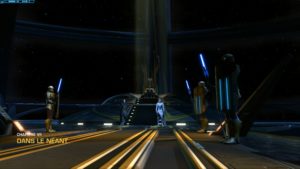 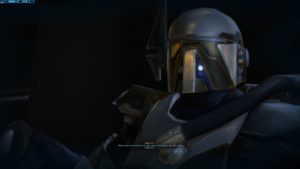 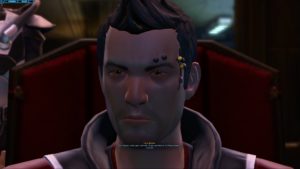 Arriving, Lana seems disturbed, the force seems "hollow" on Nathema. Valkorion steps in and tells us that he will protect us from the most perverse effects of corruption even though his powers are limited here. As we land, we realize that the planet is particularly empty. No animal seems to live there and whispers make the atmosphere very mysterious. Our first adversaries will be the skyline guards who accompanied Vaylin on his arrival: two elites melee then two distant, all immune to the effects of controls ceasing when damage is taken. 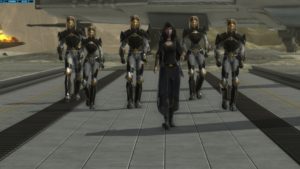 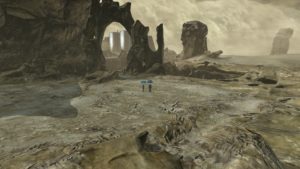 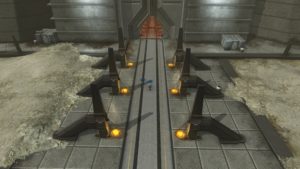 The following are a horizon guard and two skytroopers. Skytroopers are quick to take down, but the Horizon Guard is stronger. Do not hesitate to check it regularly to cut off its powers, or even to move away so as not to be in the regular zones that they pose. Lana won't be enough to last long enough. Interruption or dissipation ofmass affliction is necessary, because it is the ability that does the most damage that I have seen. The others are either negligible or to be avoided.

We continue further forward in the structure. A few guards are present, but without much danger for us now. The structure of the building does not seem properly ordered and we need to find various passes to activate the doors. These are hidden, in a book for the first, then in a cupboard for the second. This gives us access to a room where two creatures attack us. Immediately after, Vaylin begins the process of freeing himself and the mechanism revs up. His power overflows and the scientist behind the process flees. We meet him and he asks us for assistance in going to isolate himself in Valkorion's vault. 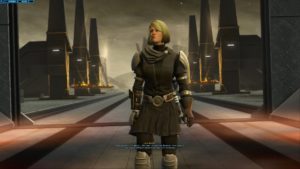 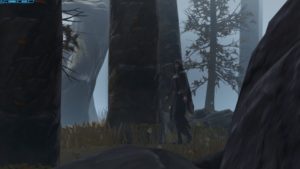 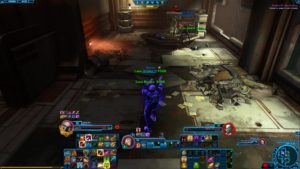 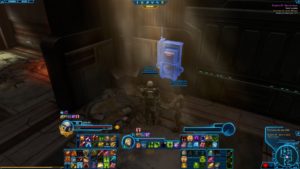 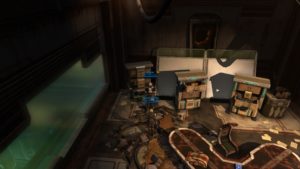 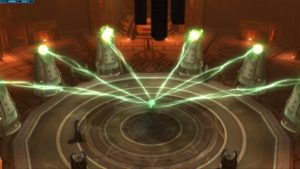 Vaylin manages to survive and is now free. The unleashing of his power is devastating, and Valkorion tries to warn us of something, but disappears. So we are forced to explore this vault to find a solution. As we progress, we find a Holocron that grants us access to ancient Sith knowledge. Surprisingly, it is Valkorion's father who presents himself to us as a ghost of strength. Lord Dramath teaches us that we are on a planet formerly called Meldriass and that Valkorion, alias Tenebra or Vitiate according to the times, is indeed at the origin of the disaster which took place on this planet. He united the Siths on the planet and fused them together to fuel his immortality. But that was not enough and he started again later on Ziost. 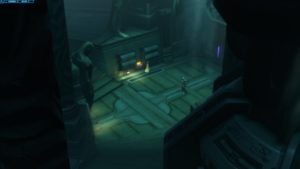 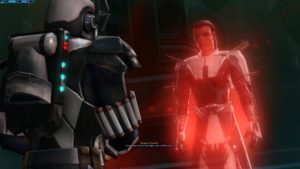 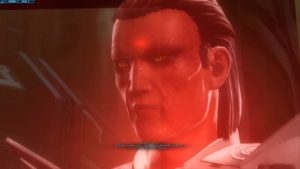 Lord Dramath then reveals to us that he wishes to die. But this is of no interest to us, Dramath reveals to us that this holocron that we possess has not only the power to kill him, but also to kill Valkorion permanently. We choose to keep her, at least so that he helps us kill Valkorion if that becomes possible. As the station scientist had warned us, guards wake up: two elites with significant damage that can be kited, followed by a corrupt keeper. The latter will offer us a longer confrontation and requiring us to better adapt. Many areas of channeled damage are placed on the ground. Just get out and walk away for the keeper and partner to do the same. Every two to three damage zones it will cast a mild enraged state, this channeling can be interrupted. Finally, around its 10% health point, it will try to channel a spell to be interrupted: "resistance to the void". 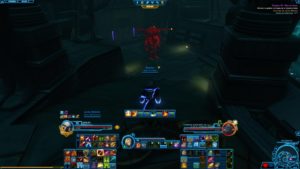 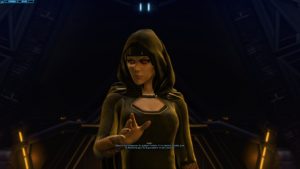 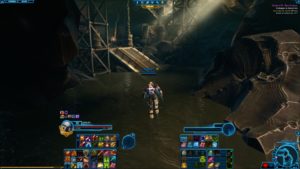 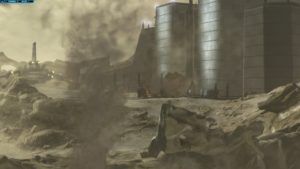 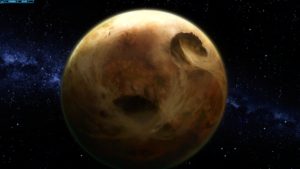 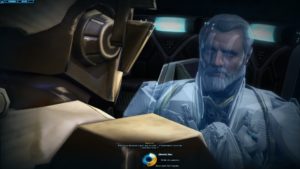 Far from being at the end of our troubles, this fight over allows us to open the doors and get out of this structure on the verge of exploding. Vaylin is freed from her chains and Valkorion seems to have regained consistency as we move away. It is then that we are called by Baywan'Aygo: Odessen is attacked.

add a comment of SWTOR - KOTET in master mode # 7