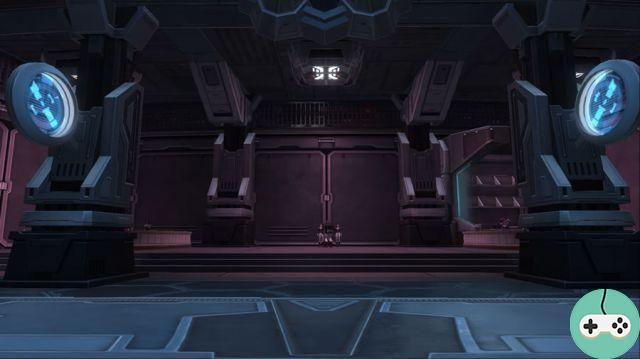 Here is a third article in the series, "What to do at level 50?", Proposed by Hadar and which is now interested in how to get the PvE stuff. Other articles will follow with tips for equipping as well as strategies for difficult modes of instances.

Have you just passed level 50 and PvP is giving you buttons? Want to dedicate yourself to high-level PvE but don't know how to get the right gear? This article is made for you ! I would focus for this article on Operations and Flashpoints and therefore not talk about the other alternate means (like the daily quests on Ilum and Belsavis).

First of all, be aware that the PvE equipment vendors are located in the Reserve (the district to the North-West or South-East depending on whether you are from the Empire or the Republic).

As with PvP equipment, merchants are located on either side of a daily mission terminal. There are therefore 12 merchants, 4 per class and not per advanced class.

Now the question everyone is asking is "How do you get this equipment?" "

As I said in the introduction, we focus on ZLs and Operations. As you might expect, operations yield better equipment than litigation areas. As a reminder, hot spots are four player dungeons while operations are 8 or 16 player raids! Currently, there are three operations: the Chamber of Eternity, Karaga Palace and Explosive Conflict (1.2), both playable with 8 or 16 players. 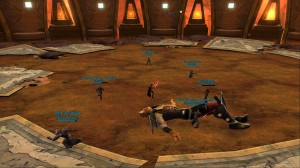 Either way, you gain the same item quality, but not the same amount.

It's all well and good, but it doesn't tell you how to get the gear you want. This is a constant on all bosses, whether in operation or in ZL, you can have:

A token is a token to be exchanged to obtain part of the equipment (chest, head, belt, weapon, etc.). Here are the distinctions and tokens you can find:

Also be aware that to get your gear faster, you can also do quests. To do this, simply go to the Mission Terminal in the Reserve, right next to the PvE equipment vendors.

There are repeatable quest missions at the Terminal that can be repeated once a day. Here are for example the quests I have today: 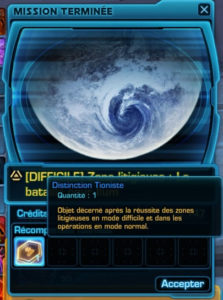 Many players cannot pick up quests at the Mission Terminal. Here is a tip given by Yuna and Naroon:
- put yourself on the left side of the terminal, then spam at the bottom left end.
- invoke a partner and spam at the same time on the terminal.

“I have one last question; what is Tionist, Columi and Rakata? ". These three prefixes correspond to the three armor sets available:

To buy the equipment Tioniste, it is necessary :

For missing parts such as implants or ears, it will be necessary to contact a craftsman. 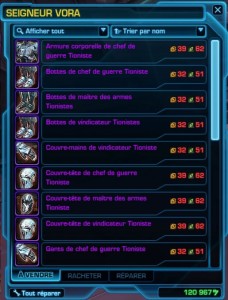 For equipment Columi, it is necessary to obtain:

The primary or secondary hand, cuffs, belt, atria and implants cannot be obtained only through accolades. 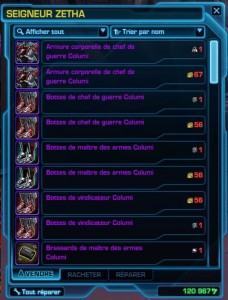 For equipment Rakata, practically all the set is obtained with tokens except the implants and the headset which requires 120 recommendations offered as rewards of the daily quests of Ilum. 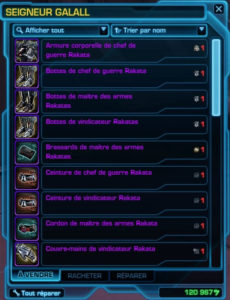 Read the rest of the article on 1.2 and the Black Hole set


Do you want to be up to date and know all the tricks for your video games? In gamesmanagers.com we enjoy playing as much as you do and for that reason we offer you the best tricks, secrets or tips for you to play non-stop. We offer you quality content and always updated to keep you up to date. That's why, in our website, you will find not only videogame guides but also tricks, secrets and thousands of tips so you can play to the limit. Are you ready to get it? Enter now and enjoy your videogame!
SWTOR - Galactic Historian - Alderande ❯

GW2 - The point of no return

Add a comment from SWTOR - Make your PvE gear at 50