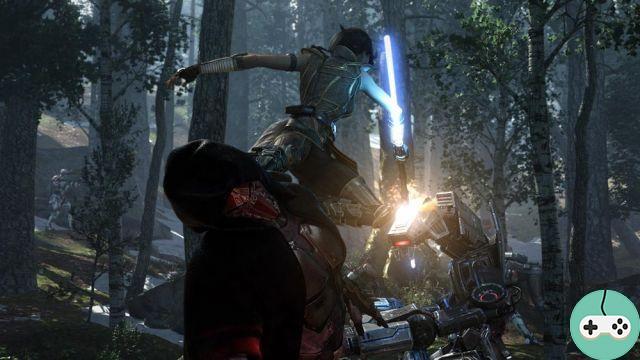 During the generation that followed the Jedi Civil War, one of the prominent figures in Republican politics was a human named Naver. This name was a tribute to his father, who died a few months before his birth: the Jedi General Revan. Due to his absence, the outstanding figure in his life, the patronage that will guide his career, will be his mother: another Jedi general of the same period, Bastila Shan. It is her name that he bore, and that he bequeathed to his children. Then themselves to their own descendants.

His father bequeathed him some skills all the same: he was very suspicious of certain postures of the Jedi Council, had convinced his wife and she herself had raised their son in this state of mind. If Naver, who spent part of his career denouncing a hidden Sith Empire that would threaten the Republic (and which indeed attacked three centuries later), has spent most of his life in the halls of the Senate of Coruscant, his descendants tried to disappear in the mass on other planets, far from the gaze of the Jedi who would like to exploit their potential. A mistrust whose legitimacy was illustrated when Tasiele Shan ended up joining the Order. On Brentaal IV, she gave birth to a daughter, her addition to the dynasty. The Council, which had become radicalized over the centuries, did not appreciate that she showed attachment on this point and wanted to keep the child. They exiled him to the Unknown Regions. And kept the baby to themselves, given its potential. Ironically, this one is today the great representative of their way of life and their vision of the world, the Grand Master of the Order: Satele Shan. 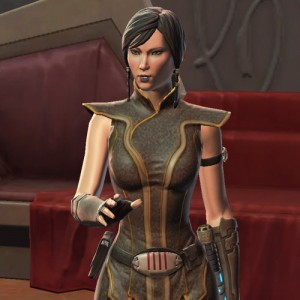 As an initiate, Satele Shan was entrusted to master Ngani Zho. His clan included Syo Bakarn, Bela Kiwiiks and Jaric Kaedan among others. Three future members of the Jedi Council. Then she apprenticed to Zabrak Kao Cen Darah, one of the best lightsaber wielders of her time. Under his tutelage, she developed the skills and fighting style of a Jedi shadow. She was close to completing her training when the Sith Empire returned to known space attacking Korriban. She was then in the station in orbit, and faced alongside her master the Sith Vindican and his apprentice, the future Darth Malgus. Kao Cen Darah sacrificed herself so that she could escape with Corporal Jace Malcom and smuggler Nico Okarr. When she brought the news of this attack to the Jedi, her superiors looked for a new master to complete her training. It was ultimately the togruta Dar'Nala, a member of the Council, who completed this task. This diplomat and political strategist knew how to calm and channel the impatience and aggressiveness of the young woman so that it served the objectives of the Order. 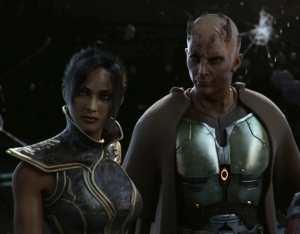 During the war, Satele served on many fronts. As a padawan, she served Minos Cluster and Sluis Van. After the Battle of Bothawui (in which she did not participate, there are no Republican survivors), she became a knight and her rise in the hierarchy seemed irremediable. One of her greatest feats of arms took place on Alderande, where she fought off the forces of Darth Malgus along with the Chaos Squad of her old friend Captain Jace Malcom. Between them, they even hurt the Sith so badly that he had to wear a respirator for the rest of his life. But after this victory, she had to go on unavailability for nine months. In secret, she gave birth to a baby boy named Theron. And found himself in the same dilemma as his mother.

Really ? She had been very well brought up by the Jedi, she left the baby to the initiate master Ngani Zho and returned to the fight. She never allowed herself to feel attachment and affection towards her child, and when the Jedi Order fired him for lacking the Force skills of his lineage, they severed ties altogether. Even the father did not know of anything until he met the adult he had fathered. Satele returned to face Imperial forces, including Hoth and Rhen Var where she faced Darth Mekhis of the Dark Council. 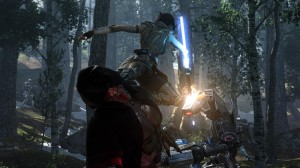 Eventually, Satele was named to the Jedi Council for her exploits. When envoys from the Empire offered to sign a peace treaty, several Jedi accompanied the negotiators to Alderande. She was one of them, along with another member of the Council: her last master Dar'Nala. And while they were stuck away from their base, the Sith set their trap. A raid on Coruscant took the planet hostage, forcing the Ambassadors to accept all of Darth Baras' demands. It was the Treaty of Coruscant. The Jedi were forced to submit like the others. But Dar'Nala didn't accept. Even before the departure of the ambassadors, she began to prepare a plot which was to accuse the representative of the imperialists of already breaking the treaty. A plan that made her slide to the Dark side. She almost succeeded. But Satele understood the truth in time, and succeeded in convincing the majority of the conspirators that they could not continue in this way. A wookie killed the fallen togruta Jedi. And that was all? Almost. Darth Baras reminded Satele that she was descended from Revan, who had at one time succumbed to the Dark Side and had become a Sith. He suggested that perhaps the young woman's legacy was to follow this path. But she rejected his offer and returned to her seat in a decimated Jedi Council. Even Grandmaster Zym was dead, assassinated a few days after the Imperial raid. 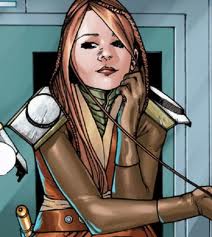 Part of the population of Coruscant took the Jedi as the scapegoats for the attack on their proud city-planet. After all, weren't the Sith a faction born out of their Order? Things were becoming unstable in the capital of the Republic, the reconstruction of the Temple was becoming difficult to envisage. And there was no longer a need for warriors to support the army. Having become a diplomat, Satele ended the war between Kashyyyk and Eberon. Then she became an explorer, studying and testing the roads of the Deep Core until she found Tython, the original planet where the Jedi Order was founded. An ideal place to recover while waiting for the moment when the Republic would need them again. For this discovery, the Council appointed her to the post of Grand Master. Several of her friends sat around her, she was sure to be well supported. And contacts with the Republic were not completely broken off. Many generals, admirals and senators continued to view them favorably and did not hesitate to exchange information with them. Advised by Master Jun Seros, the new Supreme Chancellor Dorian Janarus asked to entrust a position of Fleet Commander to a member of the Jedi Council (it was Oteg). Satele herself was involved in several cases which threatened the treaty signed with the Empire, like "pirates" who attacked certain Republican transports. It was also during this period that she trained her only known apprentice, the kiffar Shigar Konshi. 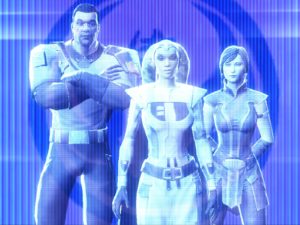 When the Treaty of Coruscant was broken, the Jedi had seen several signs before runners. Like Dark Baras' attack on Tython. So they were ready. A raid had even been allowed to capture the Sith Emperor. A failure and a mistake that almost weighed heavily in the resumption of hostilities. If Corellia and Ilum were victorious, a heavy tribute was paid, several members of the Jedi Council. Several close to Satele. But at the same time, new Supreme Chancellor Leontyne Saresh will tighten ties. She did not hesitate to appear with her two main advisers: Armed Forces Commander-in-Chief Jace Malcom and Jedi Council Grand Master Satele Shan. Like when she announced that a second Jedi commando, made up of survivors of the first, had again attacked the Emperor and eliminated him. A high-ranking position that doesn't stop her from returning to the field from time to time, as she demonstrated on Ilum and Duro. She was off the planet when the Empire struck Tython again, serving as a diplomat to the Drayvos League. The Sith would do better to be wary when the two formidable blue blades of his lightsaber return to their area.

SWTOR - The Datacrons on Tatooine (Empire)

Add a comment from SWTOR - Mistress of the Jedi