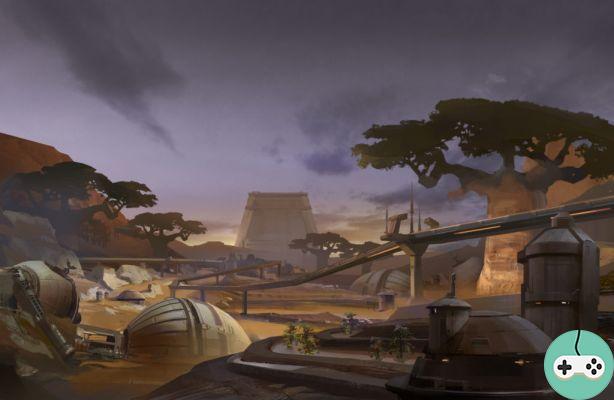 The Dantooine Incursion, name of patch 5.10.3 was announced today. This update will introduce a new event that will take place on the planet Dantooine. This event will take place like other recurring SWTOR events, on a time-limited basis and it will take turns in the current roster, such as Relics of the Gree or The Hunt for the Bounty. 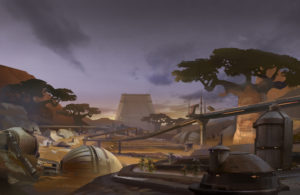 Here is what the developers blog on the subject announces.

This new war between the Galactic Republic and the Sith Empire has given a whole new importance to the small isolated planet of Dantooine: its location on the edge of imperial space makes it the perfect staging area for the Republic's military vessels which surrender and return from the front. Empire agents, unable to cross Republic lines and reach the planet directly, called in the bloodthirsty Nova Blade pirates to attack Dantooine from within Republic territory. The defenders of the planet are totally caught off guard in the face of the incredible violence of their attack.

Taking advantage of the resulting chaos, elite Imperial forces infiltrated Dantooine and established a secret base on the planet's surface, tasked with hampering the Republic's efforts in a series of surgical strikes. The Nova Blades prey on anyone they find in their path. These ferocious pirates, although initially hired by the Empire, are only interested in looting. Destabilized by the brutality of the pirates and the deceit of the Empire, the Defenders of the Republic issue a desperate appeal to anyone who can help them hold Dantooine against the murderous incursions of their enemies ...

A livestream will take place tonight at 21:00 p.m. on SWTOR's Twich channel.

Following a power cut, the livestream will not take place tonight.

Add a comment from SWTOR - New event on Dantooine