SWTOR - On the way to KotFE: The Smuggler 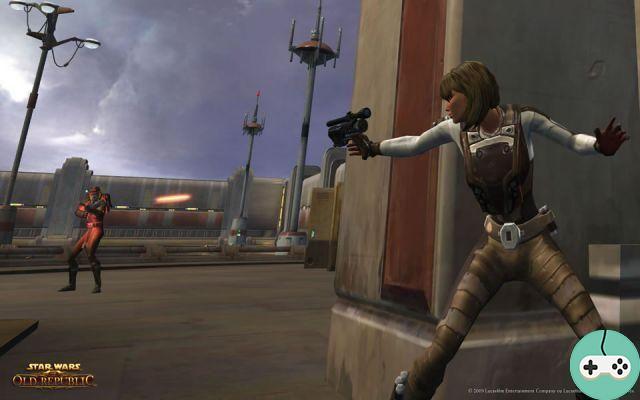 Today, it is therefore the Smuggler who is in the spotlight. You can already find the story of the Smuggler told by Chaotin, our lore master.

Be careful, the following contains many revelations about the history of the Smuggler. Don't read if you don't want to be spoiled. 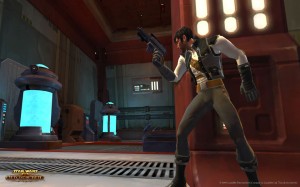 What you are about to read is an excerpt from the official Star Wars ™: The Old Republic ™ Encyclopedia. This is a summary of the 3 acts of the history of the Smuggler class.

A daredevil Smuggler finds himself stranded on Ord Mantell, a war-torn planet, after his ship and cargo are stolen during an arms deal by a robber named Skavak. The Smuggler sets out in pursuit of the thief to find his ship and cargo, but an infamous bandit learns of the unsuccessful transaction and puts a price on his head. Helped by the affable mercenary Corso Riggs, the Smuggler becomes an atypical hero of the Republic by neutralizing the allies of Skavak among the violent separatist guerrillas. 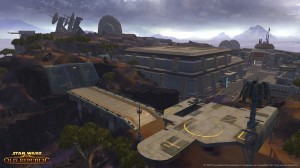 Skavak escapes to Coruscant, the Republic capital, where the Smuggler must confront the local underworld before finally gaining revenge. Although the Smuggler has found his stolen ship, he cannot avoid the wrath of the ruthless gangster Rogun the Butcher. Bounty hunters set off in pursuit of the Smuggler, while the latter hears of an interesting opportunity through a beautiful and mysterious stowaway.

Chapter 1: The Legacy of Nok Drayen

Helped by Skavak's former accomplice, an attractive treasure hunter calling herself Risha, the ingenious Smuggler sets off to travel the galaxy in search of the mythical missing treasure of the famous criminal Nok Drayen. To locate this treasure, the Smuggler must deliver a shipment of exotic curiosities to mysterious buyers. In return, the Smuggler receives advanced and never-before-seen technology for his ship, bringing him one step closer to Nok Drayen's fortune. In order to honor his contracts, the Smuggler must venture to dangerous planets, such as Nar Shadda, the megalopolis plagued by crime, and noble Alderaan where fighting rages. 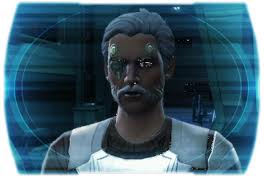 The cunning Skavak stalks the Smuggler all the way, hoping to recover the missing treasure for himself. The Smuggler's full arsenal as well as the help of his new allies such as Bowdaar, a Wookiee gladiator, are barely enough to survive. On an epic journey beyond the limits of the galaxy, the Smuggler uncovers the truth about Nok Drayen and the secret of the crime lord's missing fortune. Skavak sets up a final trap to face the Smuggler during a duel where all shots are allowed, aboard a ship about to sink into a black hole. The Smuggler escapes certain death, becomes a legend and earns the respect of the underworld elite. There is, however, a man who still wants his skin.

Rogun the Butcher hasn't forgotten the Smuggler's breach of contract on Ord Mantell. The formidable gangster Chagrien sets up a trap in a bustling underworld lair, Port Nullepart. The Smuggler narrowly escapes Rogun's henchmen and inadvertently saves an old ally: the compulsive gambler and informant, Darmas Pollaran. Rogun had captured Darmas and the beautiful Senator Bevera Dodonna to sell them to a Grand Imperial Admiral nicknamed "the Void Wolf". But when the Nether Wolf's flagship arrives in Port Nowhere to claim Darmas and Senator Dodonna, everyone runs to safety without delay.

To thank the Smuggler for having heroically saved her, Senator Dodonna uses her political power to make the latter an official corsair of the Republic. She hires the Smuggler's crew to sabotage and plunder Republic enemies on Balmorra and Hoth. After a series of tumultuous escapades, the Smuggler outsmart the Imperial Moffs and Pirate Kings and manages to interfere with the operations of Rogun the Butcher and the Nether Wolf, causing them much trouble.

Powerful new allies join the crew of the Contrandier and engineer the heist of the millennium: loot a Cruiser from the Imperial Treasury. Back from this thrilling ride, the Smuggler foils an assassination attempt on Senator Dodona by Rogun the Butcher. In retaliation, the Senator entrusts the Smuggler with the task of overthrowing Rogun's criminal empire once and for all.

The Smuggler destroys everything in his path to the exotic neutral planet of Voss and the dreaded Republic prison, Belsavis, in order to harm Rogun the Butcher's crime syndicate. Finally managing to bring his longtime foe out of hiding, the Smuggler storms a secret base in Tatooine to confront Rogun in person. But appearances are deceptive ... Far from being the Nether Wolf's ally, Rogun is in reality a fervent patriot of the Republic who hunts down the imperial spies who undermine the Republic from within. 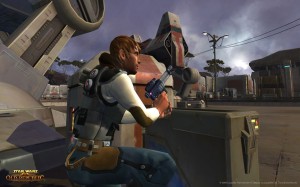 When the Smuggler discovers the surprising identities of the Imperial spies allied with the Nether Wolf, the trail leads him to Corellia, a planet plunged in the torments of war. The Smuggler takes revenge on the betrayals of old comrades and finally discovers the true plan of the Nether Wolf: to form the greatest alliance of the underworld the galaxy has ever seen, and to use this fleet to plunder the shipyards of the Republic before. to attack Coruscant. As the fighting between Imperial and Republic forces reaches a new high, the Smuggler rushes to confront the Nether Wolf aboard his flagship and gain control of his criminal armada before he attacks. The captains of these infamous thugs gladly join the ranks of the Smuggler, leaving a question unanswered: who should be attacked? An Imperial fleet taken aback, or the vulnerable forces of the Republic? As a result of this underground war, the Smuggler becomes one of the most powerful rulers in the galaxy.

Audio Video SWTOR - On the way to KotFE: The Smuggler
Battlefront: Derivatives # 2 ❯

add a comment of SWTOR - On the way to KotFE: The Smuggler