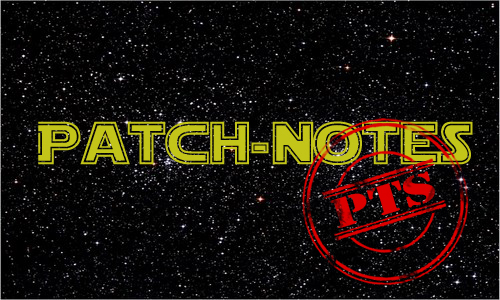 Here is the patch notes for update 4.3 available on the PTS, which will be open very soon. Be careful, because these changes will not necessarily be representative of all of what will be when released on the live server.

New war zone: Odessen Proving Ground (no official translation)! Train against other Alliance inter-faction teams competing for control of multiple capture points in this new Odessen-based warzone! Use powerups to turn the fight to your advantage (PTS note: only Odessen Proving Ground and Rishi Cove Arena are available in the PvP queue).

New "Focus Areas" gameplay! PvP and PvE instances are now available on all servers, allowing friends who prefer different game types to play on the same server. Players will be able to change focus thanks to the mini-map.

Unlock an additional fortress! You can now activate up to 5 Fortresses for your Legacy!

No more decoration for the flagships! Players can place up to 300 decorations (+ 50%) in their guild flagships!

Update 26/02 : we now have confirmation from Eric that these are not mega-servers. The changes made (which are detailed in the PTS patch notes) are only made to allow, for example, a PvP player to play on a PvE server with his friends, while maintaining his player style (or vice versa). Thus PvE and PvP instances will be available, and allowing to be joined at any time.

Win That War! - When mega-corporations fight over the galaxy