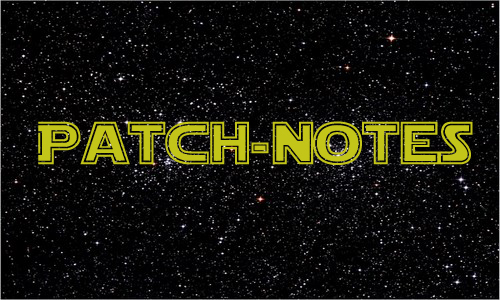 Chapter XII: Dark Visions! Face Valkorion in the Odessen Wilds as the Alliance prepares for a perilous mission into the heart of the Eternal Empire. Players subscribed to April 2 have access to this new chapter. The other subscribers will have access to it on Thursday April 7.

Season 7 of the Classified Warzone Arenas has started, so give it to your heart!

New Warzone: The Alliance's proving ground! Train as you join an Alliance inter-faction team to take control of the various sectors of this new war zone on Odessen! Use the bonuses so that the outcome of the fight is in your favor!

New Warzone Arena: Rishi's Cove Arena! This all-new warzone arena is the setting for 4v4 deathmatching and will be available in Ranked and Unranked Queue.

New gameplay option: PvP / PvE interest! PvP and PvE instances are now available on all servers, allowing friends with different game preferences to play together on the same server. Players can activate this option from the minimap icon.

Unlock additional fortresses! Your Legacy now allows you to activate all five strongholds!

More flagship decorations! The number of starting hooks for Republic and Empire flagships has increased to 300 decorations (+ 50%).

Bounty Hunt Contract Week is back! Hunt down dangerous criminals during this recurring event that begins April 19 at 13 p.m. and ends April 26 at 13 p.m. KST.

SWTOR - On the way to KotFE: The Soldier