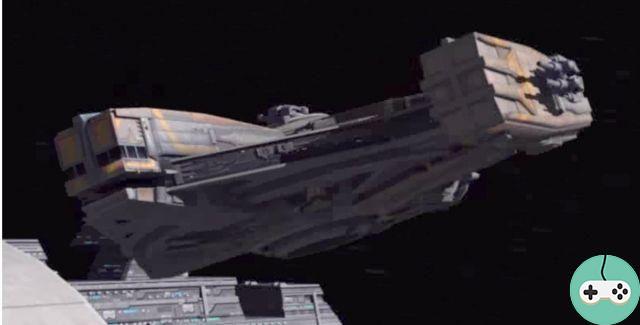 The law is clear: the state is the sole holder of the legitimate use of force. This means that civilians and their vessels are not allowed to be as heavily equipped as their military counterparts. A cruiser converted to passenger transport must, before being resold (there are no small profits, except lowering the salaries of senators), abandon the vast majority of its weapons from some of its facilities (prisons, scientific laboratories ...). It will no longer be suitable for space combat against a ship of the same category alone.

What then of ambushes with several or higher category buildings. It also means that a Hurricane BT-7 is said to be The Old Republic's heaviest and most powerful personal ship. Only the Imperial Fury interceptor could stand up to him, as the Sith are used to requisitioning the best for them before they think of their soldiers. The Phantom X-70B is a special case because although it serves for the actions of a part of the imperial army, it is cut out for infiltration and data collection. He's a scout, not a combat hunter. The Jedi Defender and Mantis D5, popular with many bounty hunters, have exemptions allowing them to be equipped with superior equipment because of their assistance in fighting the Empire (for the Jedi) or in tracking down criminals ( for bounty hunters). Still, elements like the Cargo XS must manage with a minimum of armament to avoid their use of acts of piracy. Obviously, in reality, it is far from being that simple and some civilian ships are quite capable of standing up to the latest arrivals in military production. 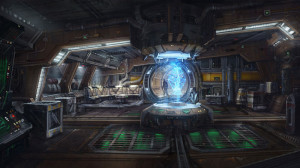 In theory, it suffices for smugglers to apply to become Republic Corsairs and enjoy the same advantages as Jedi in terms of weaponry and equipment. Even if unlike them, they have to pay the additions to their ships out of their pocket. Except that in reality, it is less simple than what the lieutenants of former Supreme Chancellor Dorian Janarus brag about. A senator must put the name of the smuggler on a special list, without any more administrative paperwork. Yes, it's true. But approaching a senator and convincing him to make that little addition is not that easy. It is necessary to be able to justify this status to this signatory, according to criteria left to its discretion. It is therefore necessary to already have a certain network of contacts, a reputation and the means to equip oneself. Unless you have a patron who sets foot in the stirrup and smooths out the difficulties of departure thanks to the piston, the privateer who will be appointed will already have years of work behind him. And the authorization to equip his ship only legalizes a situation that had already existed since he had acquired his status as captain. 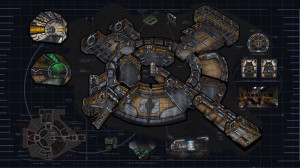 Smuggling involves transporting goods from point A to point B, usually by routes that law enforcement officials do not approve of. This implies having boosted engines, fast enough to play the race with possible pursuers. And if that is not enough, we must have an armament capable of withstanding the time to recover from a distance. Both of them are of course illegal. But necessary in such a dangerous profession. It is not only the police forces of the Republic, the Empire and the planets concerned. It is also necessary to add bands of pirates who may be interested in the goods. Rivals, either the captain, the supplier, the receiver or even the customer.

The local fauna is not to be neglected either, animals as well as natives. When choosing this lifestyle, it is necessary to take precautions. Its a question of life or death. And it doesn't matter if you break one more Republic or Empire law. Fortunately, there are territories like those under the control of the Hut Cartel, which consider any market to be good for the taking. Even those that are banned elsewhere. Thus, on Nar Shaddaa the Moon of the smugglers, the specialized garages are well established. 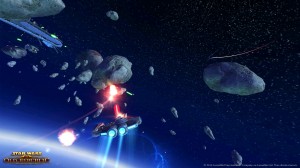 The Corsairs of the Republic are hired to carry out work that is akin to piracy. Everything to weaken the imperial enemy. In fact, recruiting smugglers to do this is a bad idea. Despite their illegally improved equipment, they are still missing a few items. A boosted freighter can stand a chance against a demobilized and largely unarmed cruiser. But keeping him still while approaching him is another question. It would then be necessary to demolish its engines, which in some cases amounts to sentencing to death those who remain on board the looted prey. Which amounts to several murders according to most courts. Pirates generally prefer to work with multiple ships. One or more freighters depending on the size of the groups, in order to fill their holds with stolen goods.

But the majority of the ships are fighters, who will come and circle the target in order to frighten him by scratching his paint. Lots of show off in a style that only they can do. And show off has always been successful for pirates. The last ship the group needs is a transporter, which will allow fighters to spend less fuel and energy on unnecessary travel so their pilots can focus on the fight. Sometimes, these carriers even go so far as to replace the group's cargo (s). But there are also pirates who don't need hunters. They have ram ships, capable of perforating the hull of their target without risking being themselves destroyed by shock. 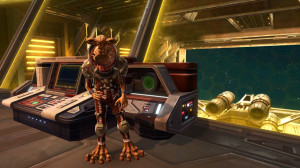 The title of Corsair of the Republic is a nice trinket, which allows certain smugglers and criminals to rebuild their legal virginity. Some do it out of patriotism, but others also see it as an opportunity to do illegal business while ensuring impunity on Republican territory. All this decided by the Senate of Coruscant. But when we know the difficulty of the leaders of the Core in seeing the priorities of the inhabitants of the Rim, where the majority of the candidates for these Corsair positions are found, we sometimes wonder if they have really reached their target. Or if they have forgotten it, not knowing if there is fruit to be gathered from the victories of some of them. Or even if they know what these fruits are. Those who have remained independent do not care. And maybe for the Corsairs, it's the same thing.

Do you want to be up to date and know all the tricks for your video games? In gamesmanagers.com we enjoy playing as much as you do and for that reason we offer you the best tricks, secrets or tips for you to play non-stop. We offer you quality content and always updated to keep you up to date. That's why, in our website, you will find not only videogame guides but also tricks, secrets and thousands of tips so you can play to the limit. Are you ready to get it? Enter now and enjoy your videogame!
FFXIV - Update December 25 ❯