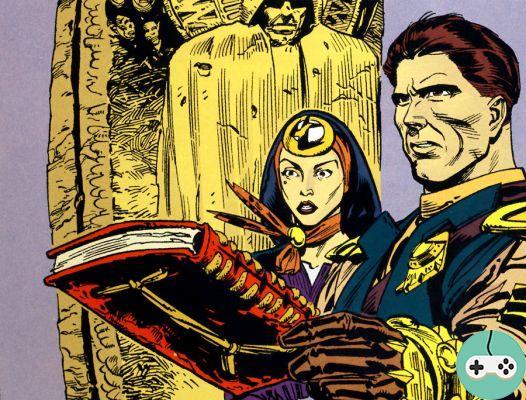 The Empress Teta system was illustrated during the Great Hyperspace War. They had then been the spearhead of the Republic army against the Sith. Their leader at the time has become a legend, and helped make her grouping of planets a Republican stronghold in the Core. And for a thousand years, it was. But it only takes one bad apple to spoil an entire crop. Here there have been two: Satal Keto, crown prince of the diet, and his cousin Aleema. Two nobles who founded and ran an organization they named the Krath. 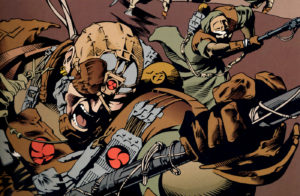 How hard is the life of a young idler having nothing else to do but to undergo the courses of a private tutor! This leaves so much time for complaining about the world that does not value us. And we nurture resentment and a feeling of superiority. And a small stone is enough to derail the road well traced by responsible parents. Surrounded by an areopagus of servile courtiers eager to please them, Satal and Aleema founded with them the Krath, named after an evil magician god of children's stories. On Coruscant, they visited an exhibit dedicated to the Great Hyperspace War and stole a Sith manuscript there. Eager to understand this and delve into the Dark Side, they traveled to Onderon. This planet was at the center of a war between the Jedi and a local faction that claimed to be heir to the Sith. They joined the latter shortly before the defeat, barely had time to be confirmed as their allies that the final battle began. They fled, and it was the ghost of Freedon Nadd who gave them the training they requested. 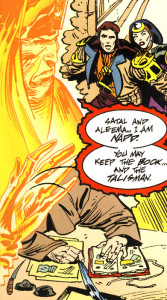 A few months later, their express training sufficiently advanced, the two cousins ​​chose to reveal themselves. They staged a coup, seizing power from Empress Teta. Their agents of the Krath took the places of the faithful of the older generation in the government, effectively integrating the territory into their organization. And picked up where their recent predecessors left off. They declared war on the Republic and the Jedi. But the latter were not really involved. Rediscovering the struggle against the Sith during Onderon, they were busier with rebuilding the planet. A conclave was decided to discuss the matter. Among those who wanted to face the Krath, Ulic Qel-Droma was one of the most vocal. But the meeting was interrupted by the attack of the Krath droids, who wiped out several Jedi in the battle. No final decision would be made here. 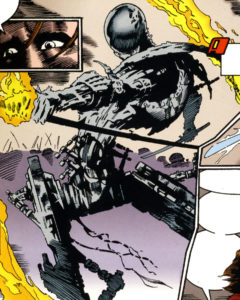 Ulic then decided to act alone, and infiltrate the Krath in order to collect information. Time lost, he was spotted as soon as he arrived and trapped. Satal wanted to eliminate him quickly, but Aleema saw it as a way to increase his power. Already disturbed by the recent death of his master, tortured and victim of Sith spells, the Jedi began to tip over. He fell in love with his torturer and let her manipulate him. He murdered Satal, making his mistress the sole ruler of the Krath and Empress Teta. She planned to make him her warlord. He even pushed aside his old Jedi friends for her. So they would bring the Sith back to the galaxy. But another suitor entered the scene: Exar Kun. When he and Ulic clash, they perform an ancient ritual of the Old Empire. The ghosts of Sith lords were summoned and recognized the two adversaries as their successors. Kun as a master and Ulic as an apprentice. And Aleema? Well for them she didn't matter. His triumph should have made him the leader of the anti-Jedi coalition, she only became the third in the hierarchy. What a desappointment ! Especially since it was she who had provided her lover with the artefact inherited from Onderon that had allowed him to fulfill his role in this ritual. 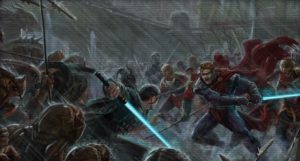 What was the place of Aleema and the Krath in the new Brotherhood of the Sith? They made up the majority of their military forces, but their leader was only considered a cute Ulic. Moreover, his new status gave the latter a new confidence that allowed him to look down on his mistress and therefore make himself impervious to most of his manipulations. When the Mandalorians attacked Empress Teta, he managed to unify the two armies. Aleema now had to share her status with Mandalore. It was enough. During the Battle of Coruscant, she gave the order to retreat, abandoning her lover on the front line. She hoped to be able to manipulate Exar Kun and play the same game with him as with her cousin Satal. But it was not that simple. Some officers refused to follow her. Mandalore left to denounce her to their leader. And when she joined the Sith Lord, he had already freed Ulic. The latter had finally carried out all the manipulations of which he had been the victim on his part. His death was already decided. 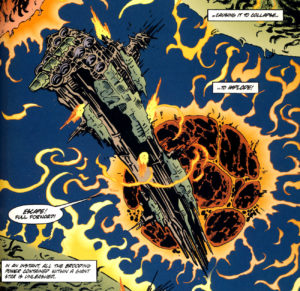 Aleema Keto was given command of the Corsair, the ultimate cruiser of Naga Sadow's fleet during the Great Hyperspace War. By Sith sorcery, he was able to destroy suns, but his ship's equipment was far too damaged to hope to survive the use of this weaponry. Anxious not to be suspected, the young woman rushed headlong into the trap. Ulic being the effective leader of the Krath, the transition to the officers went smoothly. And as Ulic was responding to Exar Kun, when he was captured on Ossus the soldiers continued to obey the Brotherhood of the Sith. When the Great Sith War was lost, the faithful were scattered. Some remained in the Outer Rim and Unknown Regions, in the ruins of the former Sith Empire. Others returned home on Empress Teta. The new government returned to the bosom of the Republic, trying to correct the mistakes of this generation of leaders. But the damage was done, and the Krath would still be secretly active three centuries later (see an archeology mission).

Trivia : The Krath should have appeared in the KOTOR II game, but one of the team members had to speak spanish. They canceled because they thought the sound sounded too "filthy".

This weekend: Rift and a few more ❯

Fearful Symmetry & The Cursed Prince - Symmetry put to the test!