This weekend: Rift and a few more

This weekend there was supposed to be Rift (Storm Legion) and MechWarrior Online. Unfortunately, the latter's open beta has been postponed due to server stability concerns (I'll get back to you in due course). Failing that, in addition to Rift (finally accessible to all) I found you full of good plans!

There are still keys to collect on MondesPersistants to play this weekend (registration required): 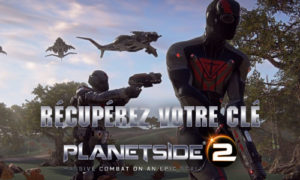 For the beta, several registrations opened this week for:

This second beta, poetically called "good kiss from Seratos, is announced from Friday, October 19, 19 p.m., until Wednesday, October 24 (17 p.m.). During this long game session, it will be possible to level up to level 56. and to test all the new features (housing, zones, new souls ...) You will find details on the beta page.

Note that to participate, you need a maximum level character (at least to test the new areas / quests) but no need to have an active account anymore as originally advertised. Unfortunately, not having been able to get you any keys, I invite you to go to these different sites (I indicate each time the method of obtaining and the number of keys given and remaining):

Have fun and tell me about your virtual experiences! If there is a distro or entry that I forgot, pass the link on!

add a comment of This weekend: Rift and a few more