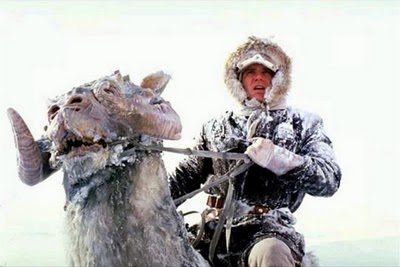 You got lost on Hoth without a cold suit, do like Han Solo, look for a Tauntaun!

A new exploration article where I will tell you about an easter egg that I discovered quite recently on a planet much cooler (despite its name) than Tatooïne. 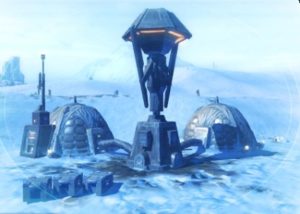 But first a little history

Although very important in the Star Wars universe, Hoth finally appears, unlike Tatooïne, only once in all episodes. It is at the beginning of Episode V, The Empire Against Attack, that it is the site of the ground confrontation of the Forces of the Empire to the assault of a Rebel base. It is during this battle that the epic combat scene takes place between the rebel soldiers and their snowspeeders and the Imperial AT-ATs.

During the days of The Old Republic, the Hoth system was the setting for a clash between the fleets of the Old Republic and those of the Sith Empire. Following this battle, many debris washed up on Hoth and found themselves coveted by both factions but also by pirates. This is partly the stake of the storylines that you must follow on this planet. Here is a short summary of this episode:

Hoth, one of the most distant and least inhabited planets in the known galaxy, was of little interest to the Republic until it became the scene of a terrible defeat. At the height of the Great War, Empire and Republic clashed in the Hoth System in a decisive battle that saw the destruction of some of the most powerful and sophisticated ships in the galaxy.

Following the battle, the icy planet became a gigantic space cemetery for hundreds of ships from both enemy camps, some prototypes deployed by the Republic in hopes of taking advantage. But the war continued, and neither the Empire nor the Republic had the time and means to organize recovery operations on Hoth.

The presence of such technological treasures on Hoth aroused the lust of an ambitious pirate confederation, which undertook its own salvage operation. Aided by an army of droids and mercenaries, the pirates began to loot the useful remains of the wreckage in an effort to assemble their own warships and thus create a pirate armada.

But since the signing of the Treaty of Coruscant, Hoth has been the scene of serious tensions. The Republic and the Empire have reinvested the planet with the firm intention of recovering the remains of their war machines. Despite the peace and remoteness of the planet, skirmishes frequently break out between the two superpowers determined to fight to the end for the reconquest of Hoth.

And it was during these quests on Hoth, along with my Bounty Hunter, that I discovered these shiny crates: 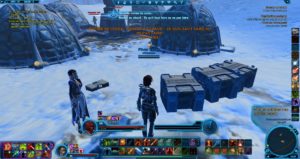 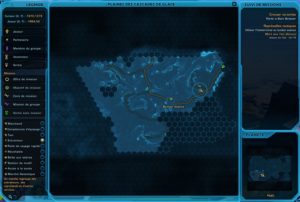 This of course unblocked me a codex whose title appealed to me.

So I went to see more specifically what it was about and I came across this:

with the most interesting part:

Special equipment has been designed to allow survival for a limited time on the icy surface of Hoth. Without such equipment, a guide even advises, in case of isolation during one of Hoth's famous "white sails", to use the entrails of a predator or other freshly slaughtered pack animal to find the necessary heat within a few hours. survival.

For your character, do not worry, normally your equipment should be adapted to the cold thanks to the good care of the Empire or the Republic when you arrive on Hoth, it is also, on the Empire side in any case, integrated into the quest line. It was the second part of the advice that intrigued me by reminding me of a terrible scene from Episode V ...

Using the guts of a Tauntaun ...

Indeed, in the first scenes of this episode, we follow Luke and Han Solo, gone on an exploration mission on Tauntaun's back (moreover strongly that we can do the same) in order to install detectors. While they have finished the work, Luke will explore the place where a meteorite has crashed, he is then attacked by a wampa but gets away with his lightsaber. 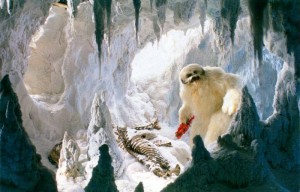 He manages to escape by cutting the arm of the Wampa but has to face a terrible storm alone. And it is after having had a vision of Obi-wan telling him that he must go to Dagobah in order to find Yoda there that he collapses in the snow and sees his last hour arrive. It was without counting on Han Solo who during this time there was telling Luke's sister (arf a spoil) ... and who finally worried not to see him come back mounted a tauntaun to go brave the storm and find his friend . 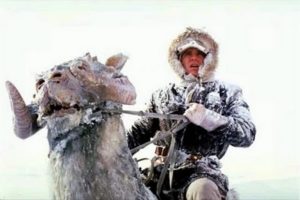 He finally finds it, but the storm is really terrible. And this is where we can see that Han Solo must have read the guide that the Codex talks about because he uses Luke's lightsaber to open the belly of the beast (which had frozen to death just before anyway, I reassure you) and take advantage of the still warm entrails to keep Luke alive and protect himself from the cold while waiting for the end of the storm ...

It should be noted that this passage is one of the few of the 2 trilogies, if not the only one, where a non-Jedi uses a lightsaber. If you're cold, now you know what to do ...


Do you want to be up to date and know all the tricks for your video games? In gamesmanagers.com we enjoy playing as much as you do and for that reason we offer you the best tricks, secrets or tips for you to play non-stop. We offer you quality content and always updated to keep you up to date. That's why, in our website, you will find not only videogame guides but also tricks, secrets and thousands of tips so you can play to the limit. Are you ready to get it? Enter now and enjoy your videogame!
Bus Simulator 16 - Bus Simulator Game Preview! ❯

Add a comment from SWTOR - Staying warm on Hoth…