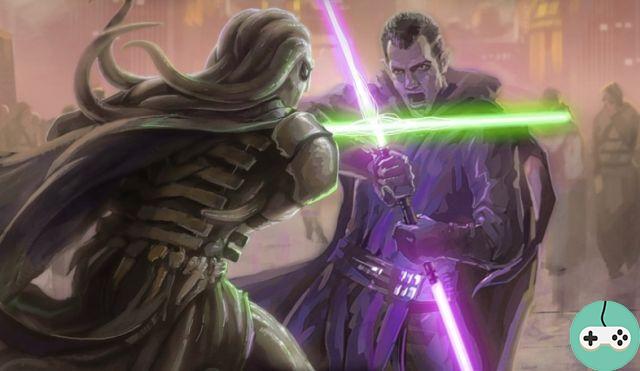 One of the sections of the official TOR website is called the timeline. Officially, it takes up the history of the last years before the Treaty of Coruscant. It dates back to the Hyperspace War and the founding of the current Sith Empire. Originally, we were told a longer list (creation of the Jedi Order), but the videos were never shot. Their success was not expected and there are other priorities to be resolved beforehand.

The Timeline, narrated by Jedi Master Gnost-Dural, is the only source we have on how the past few years have unfolded. And give us the light that developers want on other previous events. Yes, "give the light". History is not a block frozen in stone. Two people may very well view a situation in different ways. Remember Obi-Wan trying to explain to Luke that his lies are true, from a certain point of view. It is exactly the same. The Chronology is therefore not to be taken at face value. Some videos rewrite the past, and others will be rewritten in the future. This is only from the perspective of the Jedi and Gnost-Dural at the time of the Treaty of Coruscant (starting point of the Timeline). Let's see if we can get a different reading from it. 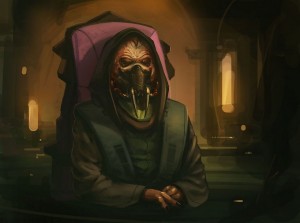 The TOR Timeline can be divided into two main parts, plus two separate episodes that are difficult to categorize. The first group of videos covers all the events related to the last war between the Republic and the Empire, the one that led to the Treaty of Coruscant. There is little to say about them. Already, we have no benchmark over this period. The description of war is the only one we have.

She also seems fairly honest. The Empire won. There is no attempt to downplay the role of the Jedi in the defeat. They are magnified during the Battle of Bothawui, but only for this unique occasion. And they weren't alone. The smugglers also had the right to be put forward when they broke the Mandalorian blockade. And we concede to the Empire the great plans that they have demonstrated. So it's fairly balanced.

For someone who is used to this kind of text, there is still one detail wrong. A tendency to say "they had the number but we resisted because we had the talent". It's a classic excuse, often used after a loss to boost morale. That does not mean that it is wrong, Star Wars is full of situations of this style (the Rebel Alliance, gungans against droids or the battle of the arena of Geonosis). But it is not very credible, it should not be forgotten. 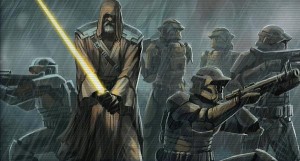 The seventh video of the Timeline then takes us a century earlier, to tell us the story of Barel Ovair and Eison Gynt. Master Gnost-Dural accuses the master of the duo of being an undercover agent of the Sith. He claims that it illustrates the fact that many Imperial agents have infiltrated the Republic. I reviewed the video after writing the previous chapter, so I make this claim with it clearly in mind: there is no evidence in it that Master Barel Ovair was indeed a Sith. Just a vague theory with little argument. Of which a good lawyer could turn every element to prove the opposite of Gnost-Dural.

The video is certainly telling the truth, but not because the evidence is compelling. Someone will definitely drop by someday to write about it and confirm the theory. She's here to tell us about the Sith infiltrators who weakened the Republic, whether Barel Ovair was a part of it or not. 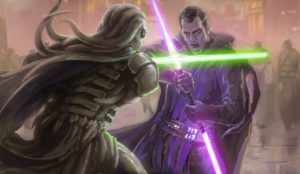 The following videos address events already known and discussed elsewhere. These are the four great wars that have rocked the Republic for thirteen hundred years. The aim of these videos is to make the TOR war and therefore the game itself part of the great Galactic History. But also to rewrite this History in order to inference it to the history imagined by the developers.

The most striking example is the case of Revan. Although it was created by Bioware for the Knight of the Old Republic game, it has long eluded its designers. If the KOTOR comic book (which stands far from the character) is respected enough, KOTOR II (which is not even mentioned in the Chronology) is taken backwards on everything concerning the character and his motivations. Moreover, KOTOR II also criticized the motivations of the members of the Jedi Council, while the Timeline will instead praise their wisdom for having foreseen the maneuvers of the Empire so early. This last point can be either accepted unconditionally or refused because of the three centuries of difference. But can also be explained by the fact that the narrator is a member of the Jedi Council and wants (subconsciously?) To highlight the infallibility of his predecessors.

Exar Kun and Ulic Quel-Droma also suffer. For them, their entire status as Sith is called into question. With however a question on these contradictions which could be exploited in the continuation of the game.

The Great Hyperspace War, on the other hand, did not undergo too many changes. While TOR applies several changes to its conclusion, they are not exploited here. Not on the history of the war itself. We stay on the Jedi version of history, only things already known. We even explore less than in the comics that originally formed this story. 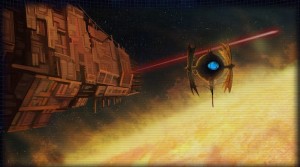 The video on the Great Hyperspace War is the last one made in the Timeline. But the one just before cannot be categorized as an Extended Universe adaptation. We are told about how the new Sith Empire was formed and its excessive militarization. One wonders how the Republic and the Jedi got this information, but the war between the two camps has been going on for twenty-eight years. Enough to learn about more or less public events from spies and defectors.

During the Great Hyperspace War, the Empire only included what are now known as the pure-blooded Sith. All other races are slaves. This implies that Grand Moff Vaiken must have made an even more spectacular rise, but also that the foundations of the Empire are much more murky than one thinks ... 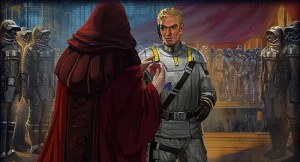 The latest entries in the Timeline have no video. The developers didn't think they would be necessary. And honestly, there isn't much to say about it. The Extended Universe is very empty during the announced periods. Only fragmentary information can be found about the war that sent Jedi to found the Sith Empire. Some are even contradictory, for example we do not know if lightsabers were used during this war. A comic has been released to tell of the Force Wars on Tython and the founding of the Jedi Order, but in this month of July 2012 only five chapters have been released. Too little to really use this story. Without sources to fill these inputs, they should remain untapped and without video.

SWTOR - Get a Magenta Crystal ❯