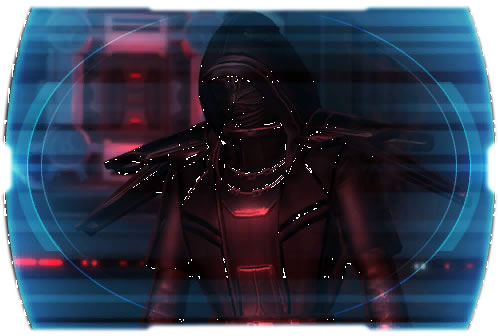 In any society, over a given period, there are a certain number of individuals whose fame shines on almost all of this group. Personalities that, if we admitted not having heard the name of one of them, we would pass for someone of crass ignorance or even congenital stupidity. The Old Republic is no exception. The Empire and the Republic each have great leaders that any future hero must take into account in their understanding of their camp. After a first article on the structures of the Empire, here are the personalities who occupy the most important positions: 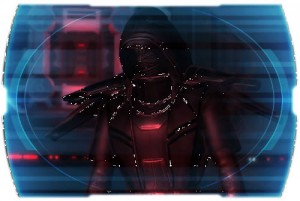 The Emperor is obviously at the top of the list. But there is little information to reveal about him. He is the ruler of the Empire, reigning for over one thousand three hundred years. He has the status of a living, untouchable god. The only ones who dare to challenge him are madmen who have run into the glass ceiling he has set up. Living in an invisible station in orbit of Dromund Kaas, he receives only a handful of elected officials. The majority of the inhabitants of the Empire are too insignificant to meet him, and are satisfied with more or less numerous intermediaries according to their origin. 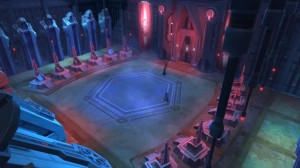 The Dark Council is said to be the Empire's second governing body after its leader. A rather legislative power, some would say. In reality, there are only twelve advisers, and only a handful of them can actually meet the Emperor. The most powerful Sith in the Empire are supposed to have their place among the Twelve, but the advisers themselves choose who will join them. Usually the apprentice or even the winner of his predecessors. They are therefore a very closed circle. The last war cost them dearly: there were only seven left when the Treaty of Coruscant was signed, including Darth Vowrawn and Darth Marr. Dark Acharon, Dark Hadra and Dark Decimus also have their place. But it's impossible to come up with a complete list, with some spending far too much time confronting their apprentices wanting to take their places and make old bones. (And in fact, the composition of the Dark Council changes several times during TOR. I have other names, which I have not placed here because they are killed during leveling. I'm not even sure that the three last-mentioned all survive Corellia. Please note, not all advisers appear in the Codex). 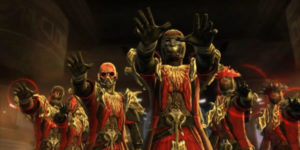 Other Sith have distinguished themselves enough to recognize their names without being part of the Dark Council. Military commanders like Darth Angral or Darth Malgus have covered themselves with so much glory that they still lead their own fleets. (The disputed areas of the Empire make us auxiliary troops of the fleet of Malgus). Darth Baras, conductor of the signing of the Treaty of Coruscant, is still a master of manipulation. And Dark Tanathon is the benchmark in Sith lore. But, like the members of the Dark Council, many hopes end prematurely to be retained, shot down by their own apprentices.

In the last war against the Republic, the Emperor could rely on the Masters of Terror, an extraordinarily powerful group of Sith. Legend has it that they were able to destroy Republic fleets only with their Force powers. But they disappeared, vanquished. But, if they weren't dead and reappeared on the galactic stage, what upheavals would they bring with them? (Rumors would give them an important place in future updates) 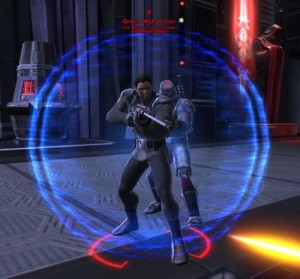 The Sith tend to despise those who do not use the Force. But the Empire is so made that the army has an important role, even primordial, in its functioning. Its leader, Grand Moff Kilran is powerful enough that the Sith would hesitate before trying to dismiss or oppose him. Its potential successor Regus is more discreet, less flamboyant, but no less effective. In these troubled times, this traditionalist rather hangs out on the side of Ilium. Other names are circulating for those who like to listen to them. Genera Rakton has so many victories under his belt that we can't remember his last defeat. And to deserve the nickname of the Void Wolf, Grand Admiral Kiril can only have committed his share of atrocities. 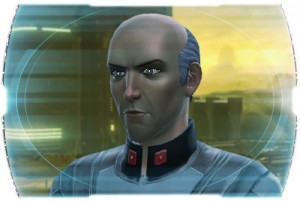 For most people, including the Sith, the workings of the Secret Service are pretty tight. Even for those who work there, promotions in the hierarchy are most difficult to understand. Many names are erased, their files disappearing from the archives to join only one register. Only their ranks remain. Their leader calls himself Cerberus, and he is certainly the most secret of them. He is the only minister in the Imperial Government whose appearance and identity is never presented to the public. Be careful if you hear of him. Impossible to know if it is the current one, his predecessor or his recently appointed successor ... 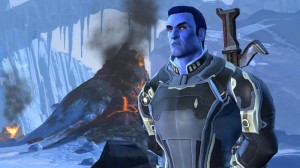 They are not an individual, but I still have to rule out the chiss side. During the expansion of the Empire, their army was the only one that managed to resist victoriously. An agreement was therefore found, an alliance that made many individuals with blue skin and red eyes joined the Imperial Army and its various divisions, including the Secret Service. Each cross chiss is therefore a particular individual in the great square bureaucracy of the Empire. The most paranoid might even wonder if they would not have a hidden goal ... 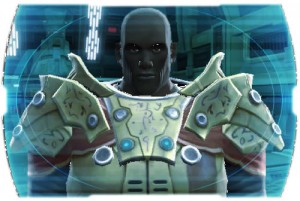 And I will end with a specific case. Officially, the Mandalorians and their leader have nothing to do with the Empire. They've teamed up on some occasions, the previous Mandalore was the Secret Service puppet. But currently, there is no longer a reaffirmed link. An enclave exists on Dromund Kaas, within the walls of the Citadel which is the seat of government. But the current leader of the Mando warriors has installed his capital on Geonosis. When he's not wandering around in space without communicating his position.

The current Mandalore came to power by winning a Great Hunt, a Mandalorian tradition that has multiplied many times since the Imperial Secret Service helped the clans rebuild. Why ? What purpose ? In organizing them, he follows his own goal, his own plan. It does not yet constitute a third camp, leaving its mercenaries to be hired by the imperial authorities. But there is still someone to watch for discerning observers.

SWTOR - Rattatak: between gladiators and warlords

Add a comment from SWTOR - The Empire II: The Almanac of the Gotha