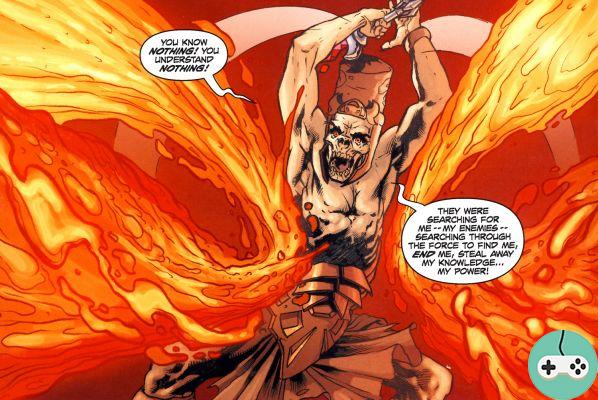 Information on the Sith Lords of the old Empire, the one before the Hyperspace War, remains very fragmented. Even the supporters of the present Empire are far too ignorant of what was going on at that time. The fact that some killed each other and tried to remove the traces of the vanquished helped a lot. The example of the Immortal and Eternal King of all of Prakith is striking. We know he existed, we know some of the elements that made him famous, but it is impossible to say what period he lived. His name was Dark Andeddu, and he is the oldest person to be traced back as the bearer of this title. 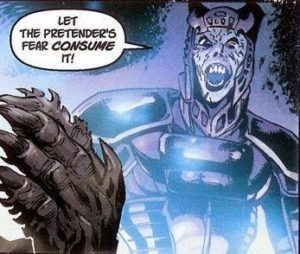 The future Dark Andeddu was born on Prakith, a world of the Deep Core. He developed talents in the Force and an affinity with the Dark side. He let himself be guided by visions and managed to find a way to Korriban where he could follow the path of the Sith. He was particularly interested in the work of Karness Muur, one of the Jedi Exiles who had founded this version of the Empire of the Dark Lords. Many of his predecessors had tried to find a way to prolong his life or even become immortal. The Karness Muur amulet is a great example of this. Exploring this path, Darth Andeddu developed the Transfer of Essence, a ritual of stealing someone else's body. The abandoned body is irrecoverable, dying, but if the attack is successful then the winner of this mental duel will be able to live through all the long years that still remain in the defender's body. Thus, this Sith managed to live several lives, regularly changing his appearance and face, and lived much longer than he should have. 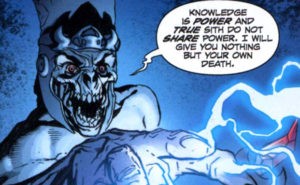 Dividing his time between Korriban and his personal territory of Prakith, where he was worshiped as a god and kept far out of sight of Core powers like the Republic, Darth Andeddu was a particularly secretive Sith, refusing to share any taint. of his knowledge. Although he was a great scholar and even made a holocron. His powers were undeniable and one of the most powerful of his time. A Dark Lord ruling the Empire? This is not confirmed, but he undoubtedly had the means to achieve it. One of the tombs in the Valley of the Dark Lords, on Korriban, where only the highest dignitaries of the Empire are buried, bears his name. In addition, his enemies had to organize a coalition to defeat him. An undeniable power, in the being who proved that the Sith can conquer death. What a lesson for the apprentices of future generations. 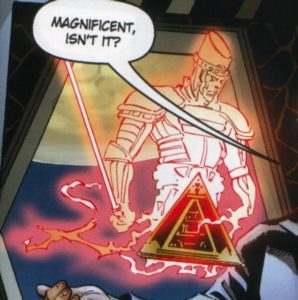 However, Dark Andeddu's ending is questionable. A being able to steal bodies could well have attempted a last gambit in the face of his attackers and hide his success from them. Did things go as his opponents claimed? Or has he duped his rivals and managed to hide elsewhere? The regular collapse of the Deep Core's lines of communication prevents us from investigating Prakith. These lost coordinates would have left him time to rebuild himself and surround himself with new followers. Or, another possibility, he joined his planet but died there ... Who can know? This master of secrets still hasn't revealed everything about him.