SWTOR - The Mandalore of the Republic

The Mandalorians have a very long history, even older than the rise of humanity in Space. At their origin were the Taungs, a race that had developed on ... Coruscant. But the eruption of a volcano forced them to leave their home planet. They then began to live as nomads for a millennium, until the majority of their clans settled on a planet on the outer rim: Mandalore. It is also the name taken by their leader, Mandalore the First. But some traditions endure, and quickly they set up tours of the surrounding worlds. They kept their new capital as a base to which they returned regularly, between attacks on their neighbors. In such a violent world, adoption was frequent to compensate for the loss of parents. A little less than four centuries ago, Mandalore the Conqueror decided to incorporate non-Taungs into the ranks of his warriors. He needed it because his ambitions far exceeded those of his predecessors. His successor, Mandalore the Ultimate, will rely on the human Cassus, nicknamed the farmer (Fett in Mando'a) by his rivals. Many Taungs did not appreciate this born out of clans who orchestrated the mass recruitment of new warriors. Her neo-crusaders will be such a force that today she is the model followed by Mandalorians in human majorities. 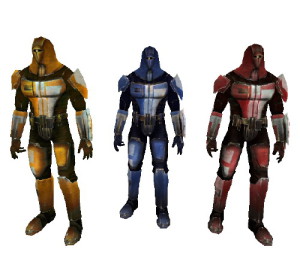 The young Canderous was born into the Ordo clan, which was composed mostly of humans in the image of their leader Tegris. From the age of thirteen, the adult age for the Mandalorians, he took part in several battles and rose rapidly in the hierarchy. He married Veela, the daughter of his clan chief. And even though he was immersed in a culture that made no gender distinction, it was obvious that he had become the heir. He thus logically became an important officer in the New Cross Crusaders of Mandalore the Ultimate and Cassus Fett. And like many others at his level, their defeat against the Jedi Revan hit him hard. He survived the last battle of Malachor V, but not his father-in-law. And behind ... The army of the Republic confiscated and destroyed the possessions of their defeated opponents: ships, droids, weapons and even their armor, the beskar'gam that defined them. The only way to escape this humiliation was to flee, not in a group because an entire fleet was in charge of making sure they didn't get up. Canderous, in his early fifties, was not one of the resistance fighters. He collapsed, refusing to return to his family. As the galaxy collapsed into a new war, with Revan sinking into the Dark Side and leading a new Sith faction, the old warrior sank into the mud of society. He ends up on Taris, a big local arm for a criminal organization boss named the Exchange. A role far removed from the values ​​that had been instilled in him within the clans. 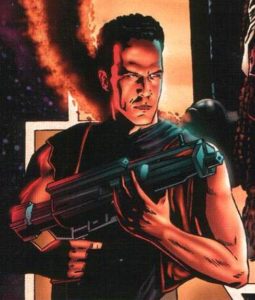 Ironically, it is from Revan that his status will come. His memory had been erased by the Jedi Council, which was trying to use it against the Sith. Stuck in a Taris under military blockade, he distinguished himself enough to attract Canderous's attention. The two teamed up to rob the Mandalorian's employer and escape the planet. The warrior stayed in his wake until he regained his memory and then finally faced his former apprentice Darth Malak in the Battle of the Star Forge. For his participation, he received the Cross of Glory, one of the highest republican medals. On Corellia, in the Axis Park of Coronet City, a monument to the glory of this group of heroes has been made, and he is one of them. As the companions scattered, he remained by Revan's side when he left for the Unknown Regions in search of a galactic-type threat. But at the first stage, they stumbled upon a Mandalorian clan. And not just any, the Ordo clan led by Veela, his ex-wife. These neo-crusader resistance fighters were looking for Mandalore's helmet, stolen by the Jedi General, and which they suspected was nearby. It was, and it was returned to its legitimate people. It was not smooth, Canderous became a widower. Revan left him behind when he left. Or rather, he left the new Mandalore because possession of the helmet was enough to declare himself the supreme leader of the clans. Even if it was not a Taung but a human, the first to carry this title. He had left her a mission. Whatever threat he set out to identify, it would take a strong army to stop it. The Mandalorians could be a precious resource, provided they were brought together, resurrected, saved. Canderous Ordo thus had a new cause: to become Mandalore the Savior. 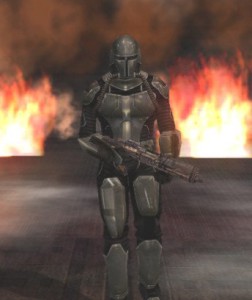 With the Ordo clan as a base, the new Mandalore the Savior began to carry out his mission. Taking over the facilities of an old base on Dxun, the moon of Onderon, he strove to find survivors, solitary or in clan. In particular by absorbing the troops of Mandalore the Unknown, a Taung who had tried to reconstitute the clans without the mask. His greatest claim to fame had been surviving an attack from HK-47, Darth Revan's fearsome assassin droid. And on his deathbed, he denied the Ultimate and recognized the Savior as the rightful leader of the clans. He succeeds in mustering sufficient force to participate in the battles of Onderon and Telos IV alongside the Republic against Darth Nihilus of the Sith Triumvirate and weigh in the victory. But he will never fully succeed in reuniting all the Mandalorians around him. This is due to strong anti-Republican sentiments after two wars lost against them, and to the action of imperial agents who did not want such a power to be turned against them. When he died, the latter stole the mask to ensure that their next leader was a puppet in their boots. And when they need it. After two and a half centuries of deepening resentment, it was finally Mandalore the Little. A movement was then set up, with at its center the Cadera and Ordo clans seeking to bring the Mandalorians back to the Republic side. In the name of Mandalore the Savior. Mandalore the Innocent crushed the movement and brought the clans into line. But the memory of what Canderous Ordo did remains. He is still recognized as a warrior full of honor who sought the best path. He is not about to be forgotten.

ArcheAge - More explanation of the costumes

Add a comment from SWTOR - The Mandalore of the Republic