SWTOR - The model of the imperial army 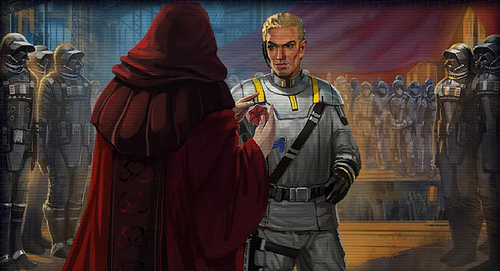 Odile Vaiken was still a child when the Great Hyperspace War took place between the Republic and the former Sith Empire. Human not mastering the Force, he was one of the few human populations conquered on the edge of the territories of the black lords. Maybe he was even a slave. But the war changed everything. The defeat of Naga Sadow and the chaos resulting from the betrayal of Ludo Kressh threw the majority of the populations into the arms of Vitiate, the future Sith Emperor. We do not know the planet where Odile Vaiken was born. But it doesn't matter. He spent his childhood and adolescence in a cruiser crowded with refugees. When the fleet arrived on Dromund Kaas after twenty years of exodus, he was a recognized pilot and leader of men. But that was also only the starting point of his rise. 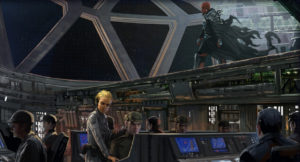 During these twenty years of travel, the new Emperor Vitiate took advantage of the journey to eliminate his potential rivals. He was the undisputed leader, and under him the Dark Council was in charge of day-to-day affairs. But they were more interested in the organization of their new hierarchy than in the needs of their followers. It was therefore the military commanders who did not use the Force who had to manage the construction of Kaas City. And among them, Odile Vaiken stood out as their natural leader. He enlisted all available civilians and subjected them to rigorous training. This is how he founded the modern Imperial Army. At its head, he colonized the planet. He even killed a rabid terentatek in person, at the site of what would later be the Imperial Citadel. His actions were recognized by the Emperor and the Black Council. Until now, the Sith political system was feudal, and the armies under the orders of their lords. Vaiken's new military organization became official and he himself was awarded the brand new rank of Grand Moff. Highest rank of this new army. 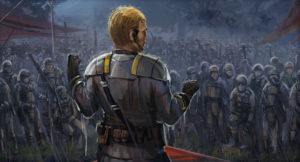 Dromund Kaas colonized, its jungles remained just wild enough to require training to survive (thus legitimizing said training), Grand Moff Odile Vaiken turned to Space. The plans of the Emperor and the Black Council called for revenge against the Republic. However, the fleet they had on arrival was largely insufficient and inferior. After modernizing the Army, Vaiken set out to modernize the Fleet. He was personally involved in the design of new models of cruisers, models whose plans are still followed for the last released from the imperial shipyards. He set the basic quotas for considering campaigns against the Republic. And since a single planet would not be enough to provide all the men needed, he organized the first attacks to conquer neighboring systems. He knew that the plans he was responsible for setting in motion would not see the light of day for several generations after his death. Death which was not natural, since it arrived during a battle, aboard one of its new prototypes of cruisers. An end that many consider as the worthy conclusion of his journey and his sense of duty. 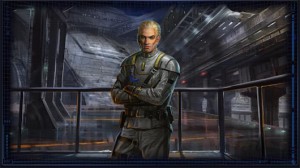 Grand Moff Odile Vaiken died about one thousand two hundred and fifty years ago. But within the Empire, he still remains a topical figure. It is not for nothing that the station which serves as the main anchor point for the Imperial Fleet bears his name. Fleet whose cruisers still follow basic patterns that it has defined. On the Army side, the training and the fields of activity in which the soldiers are distributed are also always defined by its work. Not to mention the heroes celebrated by history, where he holds the place of founder. A place where he can afford to rub shoulders with Sith and even former members of the Dark Council. Knowing the difference in status between those who use the Force and others is a great achievement. Some would say a model to follow. That's good, it's the role that we ask our ghost to play for all those who enlist in the imperial army.

WoW - World of Warcraft in Paris

Add a comment from SWTOR - The model of the imperial army