After investigating the Rakghoul epidemic that plagued Kaon, the trail eventually leads you to Ord Mantell in pursuit of Professor Lorrick, who is believed to be behind this infestation.

Sequel to the ZL "The Siege of Kaon", "Ile Perdue" takes you to Ord Mantell to stop Professor Lorrick and prevent him from infecting more people with his rakghoul disease. 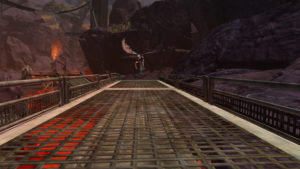 The busaigle calls for the rescue of other small congeners. Eliminate them as quickly as possible so as not to get overwhelmed. We will say that it is rather an intermediate boss. 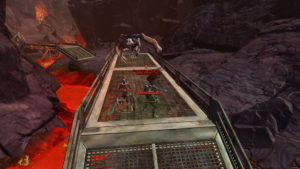 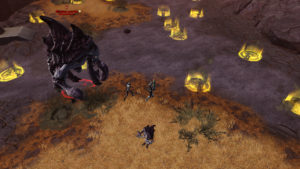 The boss is accompanied by small shaclaws. Eliminate them first. Then take care of the boss, who will regularly place green areas under the feet of the players. As soon as you see one under your feet, step aside a bit so as not to take the damage. 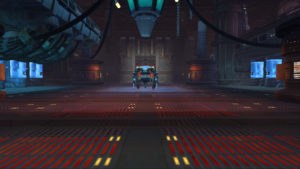 This boss requires good player synchronization. The technique generally used is to leave the Tank in the middle of the room, where the boss is located. The Ranged DPS as well as the Healer will remain on the outside.

The concern is that the boss will regularly make appear on the players who are far from him a dome of lightning which he will have to move away quickly. These domes stay for a while, and if the party gets scattered, it can quickly become unmanageable. Initially, a white area appears under the feet of the player who then has one or two seconds to place it correctly, it then turns blue and the dome appears. This is when you have to step aside. 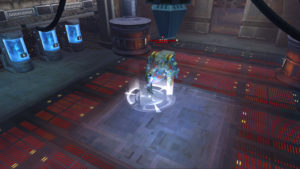 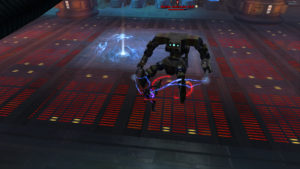 It is better that the Ranged and Healer DPS are well grouped and move at the same time when a dome appears on them, starting from the right side, to go all the way around the boss (and always well outside. below can give you an idea of ​​the placement to adopt (the circles are the domes to place and then avoid): 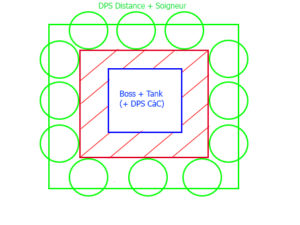 At certain times, reinforcements will appear, which must be eliminated quickly. 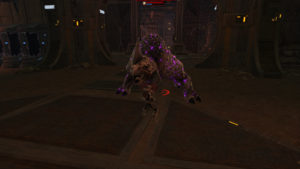 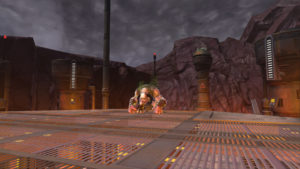 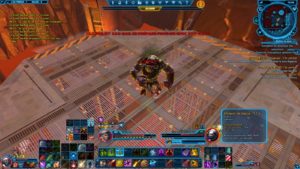 You can see in three corners of the platform three consoles. These will be very useful during a phase where the boss will jump on one of the columns connected to these consoles. Clicking on the corresponding console will release flames and at the same time set the beast on fire, which will bring it down to the ground. 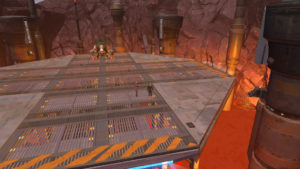 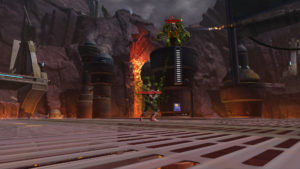 However, the creature is clever, and it can happen from time to time that it jumps on a column, then another just after. It is therefore necessary that the players activate all the consoles (preferably the console where the boss is posted, and two or three seconds after the other two). Please note, it is necessary to stay near the console throughout the activation. If you move, the activation stops.

It is advisable to let the Tank as well as the two DPS take care of the consoles. The Healer will have to stay in the middle to take care of the healing to be done, because the boss continues to throw spit (Berk!) On the players. Note that the longer you delay in flushing it out, the more it accumulates charges, increasing the damage of its sputum. So ... hurry up and click!

During the path which will lead you to the next boss, you will come across certain enemies, "Aces of hybrid rakghoul technology". These Aces place a shield on the accompanying rakghouls, making them invulnerable. It will therefore be necessary to take care of the Aces in priority to then kill the rakghouls. 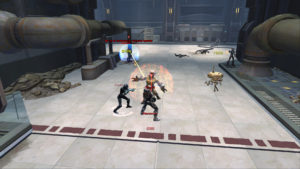 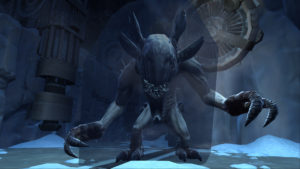 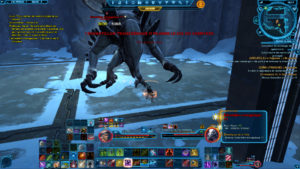 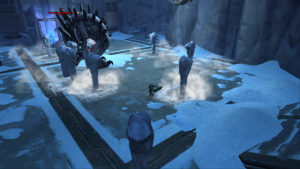 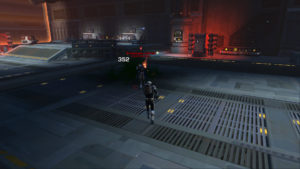 This fight will take place in three phases.

The Professor will throw a grenade at each player, which will leave trails, where it is better not to stay in it. 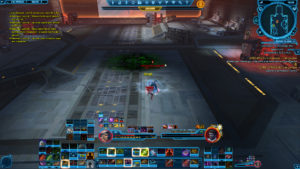 While continuing to throw his grenades regularly, he will go three times to release his little friends in the boxes. Note that while he frees his friend (a few seconds), it is possible to inflict damage on him, allowing him to get a little ahead.

The Professor will undergo two transformations, increasing the damage he inflicts. 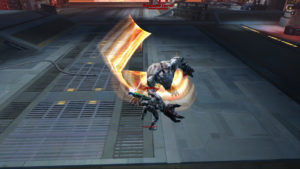