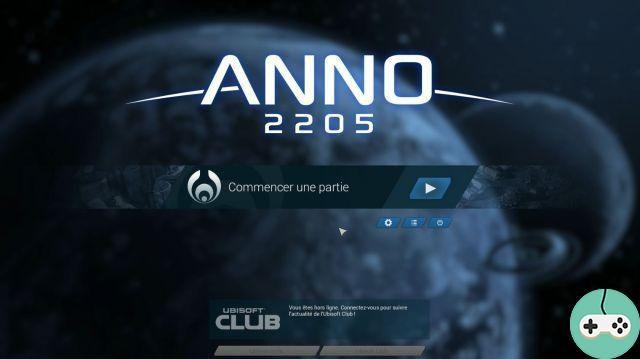 This is a new column that I am offering you today: Tal'Jeu. It will aim to make you discover games through several episodes according to their script (in short, Let's Play in written format). For this first, we will discover Anno 2205 a management / strategy game in the near future. 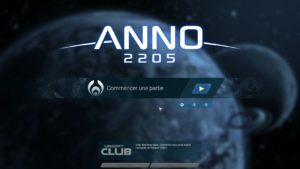 At the dawn of lunar colonization, the Global Union mega-corporation gives you access to the lunar program which will consist of creating spaceports on earth to eventually land on the moon. However, first of all, you will have to declare your corporation to the Global Union (in short, your player profile). In this part, you will be able to choose your corporate name and logo. The last choices and not the least will be the starting area and the difficulty of the game. For my part, I chose a bronze difficulty since it is my very first game of the license (and I am not, either. plus an expert in management games). For the starting sector, I preferred to take a starting zone with a large area to allow me to expand quickly. 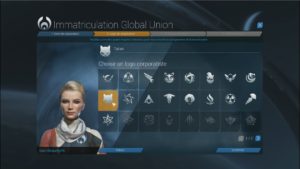 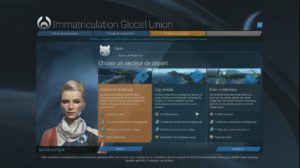 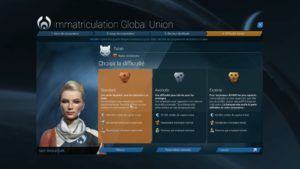 Your zone is made up of several islands that you can unlock under certain conditions. For my part, the map of the Viridian Bays asked me to build a bridge between each of the islands in order to be able to extend my corporation. The first flaw of this map compared to others of the same genre is that the resources for building are not available right away (which stalls progress a bit at one point). However, you have to start building your business and your Global Union mentor will be there to guide you towards that. At the start, she will guide you by giving you rough goals to start your game well: 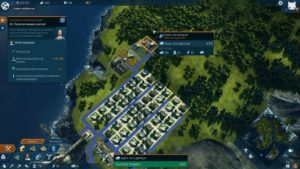 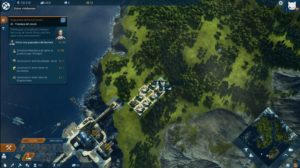 You have to tell yourself when you are not used to this kind of game, you build a bit in a hurry to meet the objectives and try to maintain the objectives that are set for us. The first missions are the start of the program by creating the base buildings while keeping a solid human base (minimum number of employees for a time) but also the improvement of the residences which is a pillar of the game because they will unlock new buildings essential to your progress. I must admit that my corporation at the start of the game (and even after) was a bit chaotic in terms of placement. I quickly understood that I had to place certain buildings well to increase their potential: 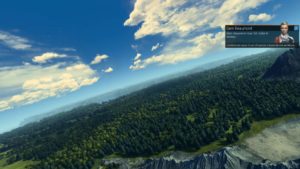 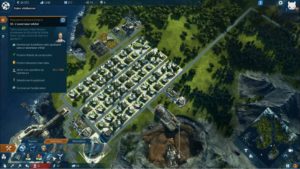 Continuing my progress and increasing my corporate level, some direct competitors asked me to help them in certain tasks. There are several types of missions: 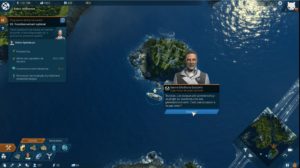 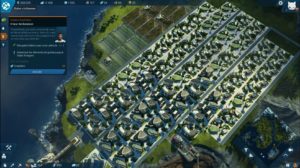 Besides this, the main objective is to upgrade your spaceport using an orbital lift to join Global Union HQ. After certain minor objectives and the pre-requisites completed, you can start your improvement. But it's not going to be like in the best of all possible worlds as your special materials transporter is being attacked by Orbital Watch, a rebel group campaigning for the independence of the moon. Your transporter is captured and seized by these forces, we begin a second aspect of the game: naval missions. They will be used especially to gain resources unlocking the improvements of your buildings. The naval missions are not very difficult but it will not be necessary either to rush into the crowd like a nag, especially in the higher difficulties. With your transporter released, you can finish upgrading your transporter giving you access to two things: 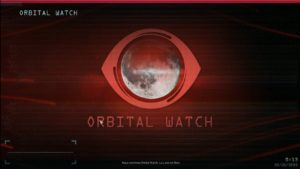 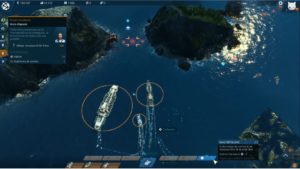 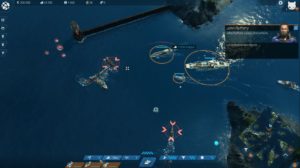 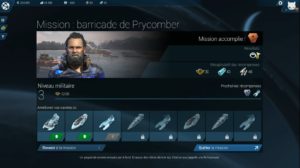 The building improvements are one of the pillars of the game because they will allow you not to multiply the buildings and their cost in electricity / labor. This is the start of the restructuring of my base in my forest area. In addition to switching to 16-square residences for comfort and road gain, I also started removing duplicate buildings and adding improvements to improve the performance of my colony.

No longer having too much space available on my small island of departure, I set out to conquer the second zone that can be unlocked for free: the arctic zone. But you will find out more in the second episode of Tal'Jeu dedicated to Anno 2205! 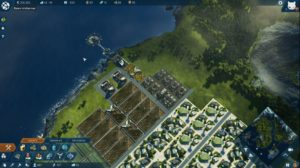 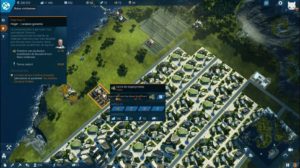 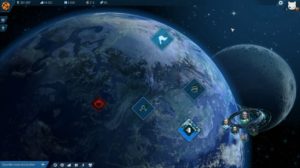 Do not hesitate to react in the comments on this new column to help me develop it!