Making a deck in The Elder Scrolls : Legend is not just about choosing your favorite and / or most powerful cards. There are many factors to consider such as skills, types of cards, cost, etc.

In TES: L, there are five attributes for cards:

Each attribute has its own distinct quality and property and is associated with a specific color represented on the cards.

Force-type creatures attack with much more vigor and do very high damage than others, but have much weaker defenses. 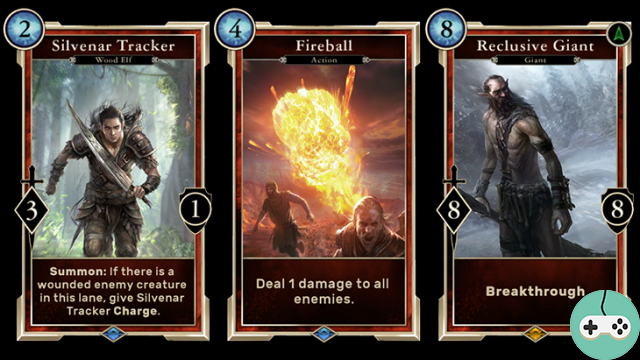 Nimble creatures are not very powerful on the battlefield, but their hits are due to card skills such as "Fatal Blow" or "Pilfer". Their strength is mainly based on their ability to move and speed, giving them the ability to move creatures from one row to another. 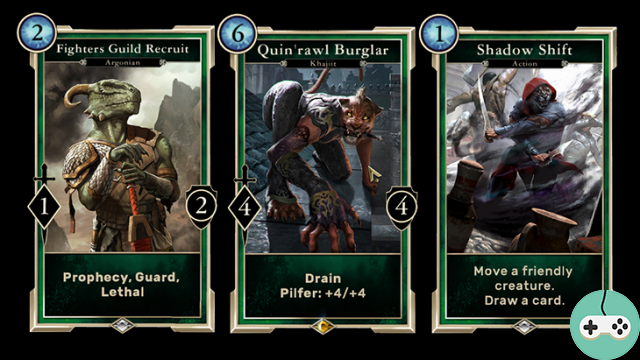 Intelligence-type creatures don't have a great punch, but have many strengths that their muscular counterparts lack. These cards come with an assortment of magic and mayhem, including a high concentration of spells with random and unpredictable results. 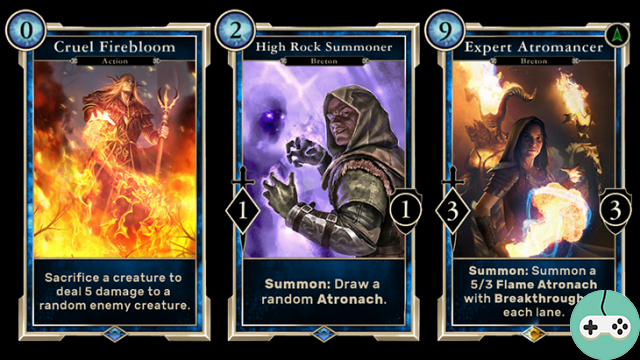 These cards are designed to increase the reserve of magic. They are very important, because the attribute "Endurance" contains some powerful creatures and low costs. Stamina also allows the use of Guards and actions to heal the player and creatures. 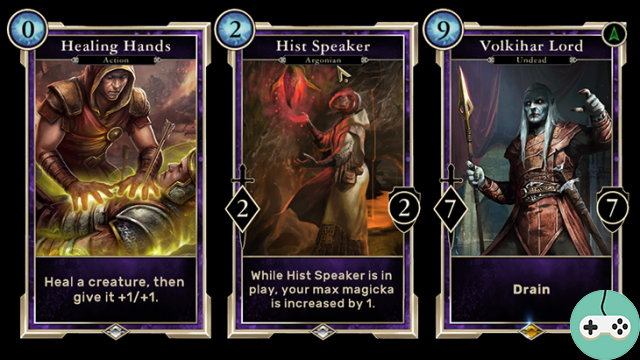 "Will" type cards have the greatest ability to oppose dangers. These cards are made to gather a very large number of small creatures helping each other. 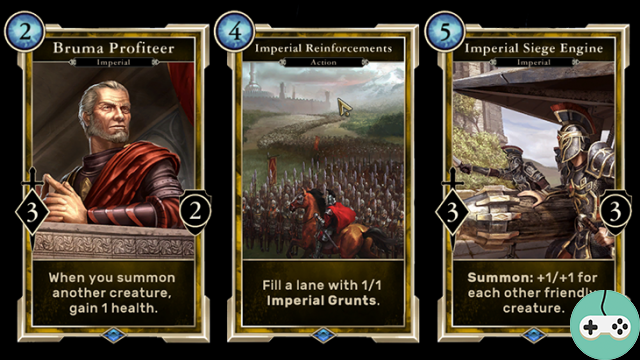 As you can see, each of these attributes has strengths and weaknesses that you will need to be familiar with and strike the right balance. But each attribute is perfectly capable of resisting the others as long as the right strategy is adopted.

In TES: L it is possible to create classes based on that of the Elder Scrolls games. To create a class, you have to combine two attributes. Whatever the style of play, there is a class suitable for the desired strategy.

Choosing a class determines which cards will be available when building the deck. Creating a Scout deck means, for example, that the player cannot include "Intelligence" type cards in it, but only "Agility", "Endurance" and "Neutral" type cards.


In addition to cards of the “Agility” or “Endurance” type, some cards have two attributes. For example, the "Ravager of Falinesti" card is both a "Strength" type and an "Agility" type card and cannot be included only in the Scout deck. 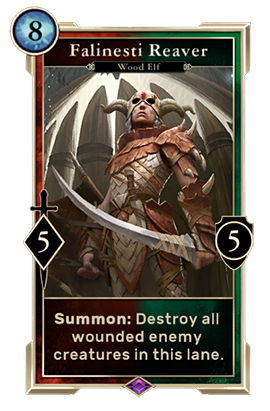 Of course, it is quite possible to build your deck using only one attribute out of the two which constitutes a class, for example, only based on the type "Intelligence".

Some cards in the game have special summon bonuses that activate when the next card in the game shares the same attribute. Building a deck with only one attribute allows you to benefit from this bonus.

If, for example, the player places a “Robust Ally” on the playing field and the deck is entirely made up of “Endurance” type cards, the “Summon bonus” status allows you to obtain a +2 in defense and the addition of the keyword "Guard". 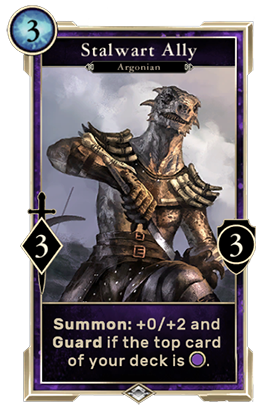 Attributes and classes are the basics of building a deck. This allows for a great deal of customization to be added to TES: L, allowing everyone to have their own style of play.