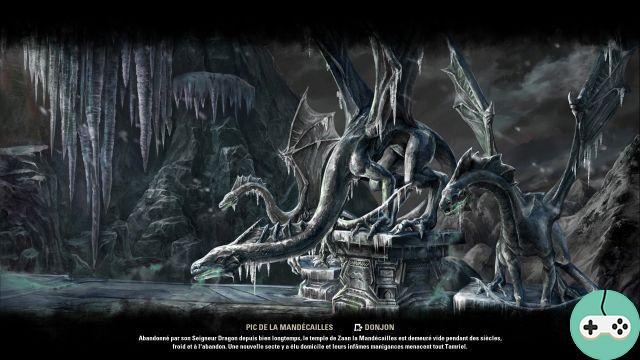 In mid January, I had the opportunity to go and do the Peak of Mandécailles with Zenimax Studios developers: Richard Lambert (Creative Director), Michael Finnigan (Lead Dungeon Designer) and Jeremy Sera (Lead Content Designer). During this proceeding, we oppose a sect determined to cleanse Tamriel from a devastating plague in the name of Prince Daedra Peryite, Lord of Pestilence. The idea of ​​corruption is present at all levels of the dungeon, both in the settings and in the creatures. Buildings are ruined, toxic places and monsters suffer the devastating effects of the cult's experiments. If you want to know more about the history of the Pic de la Mandécailles, I invite you to read the blog post published on the official website which describes in detail this instance. 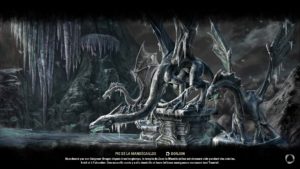 The first boss in the instance is a group of twin ogres whose skills cancel each other out. They should be separated to prevent them from reinforcing each other. It is obviously necessary to avoid areas on the ground, but not all the time. Indeed, the areas of ice peaks serve to survive Orzun's devastating attack when he targets us with a snowquake. The boss's abilities are also to be turned against them with the ice spikes serving to protect themselves from Rinaerus' snowball. 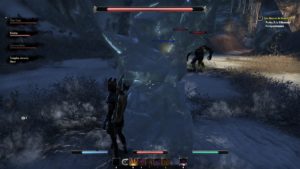 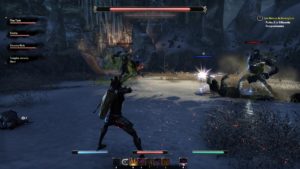 The toughest encounter of the instance from the start! What to set the pace and verify that the companions will manage to hold out until the end, very demanding in care and asking the tank to constantly ensure that the bosses remain at a distance.

This gargoyle is surrounded by fire orbs which, during combat, focus a player who must run while others destroy it. There are also many areas on the ground, as well as rays to dodge. If ever a player misses with the ray, he finds himself petrified and must be freed by the other players. 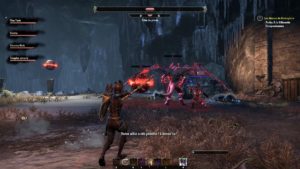 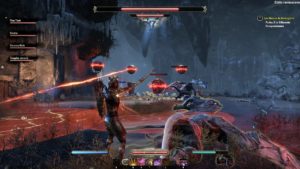 A very eventful fight which does not allow to stay in place!

This outdoor boss electrifies the water, so stay on the ice as much as possible. At regular intervals, enemies arrive, a corrupt Leïmenid, to be killed with top priority. 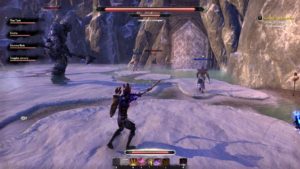 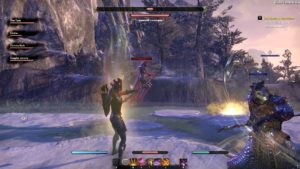 Otherwise, there is not much else to take away from this quieter fight than the previous ones ...

This boss inflicts area damage, especially in a cone in front of him to dodge as much as possible. The tank must make sure that it blocks the gas fumes coming out of the green grids to avoid major damage to the group. A special attack creates crossfire damage from impact, not the easiest to anticipate. 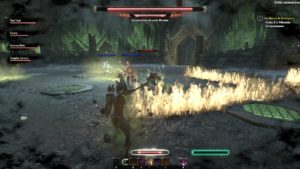 Small enemies appear, to be killed to allow the NPC to concoct a potion which offers a big temporary improvement and increases the damage inflicted on the boss and the regeneration of Ultimes. Rather deceptive, this improvement is acquired by going to the middle of an uninviting looking green area. 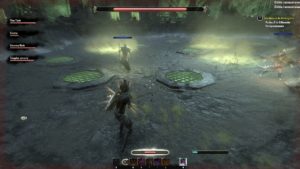 The Dragon Priestess has been loaned by Prince Daedra a powerful Daedric artifact called the Spellbreaker. During the fight, she loses it, which generates a shield to protect herself from her attacks. Be careful on the other hand to flee well just after, because it follows with a devastating backlash centered on the shield. 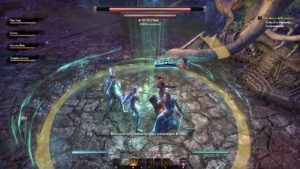 Regularly, a frozen simulacrum arrives, it must be killed as a priority. 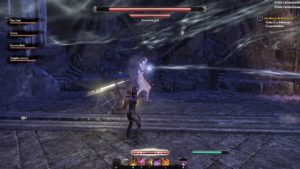 The tank has a special role to play once again by interposing itself between the boss's fire ray and the targeted player. 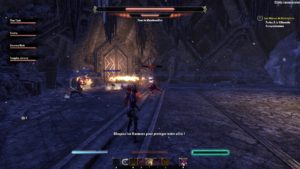 There are otherwise rather classic ground areas, including devastating cone attacks from the Stone Dragons at the back of the room. 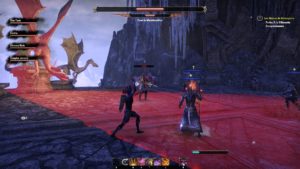 Here is the recording of our game session:

But also in Dragon Bones

This new DLC also features another instance, the Lair of the Fang, and various other improvements as part of Update 17:

The Dragon Bones DLC game pack will arrive in February, it will be free for ESO Plus members and available for purchase in the Crown Store.