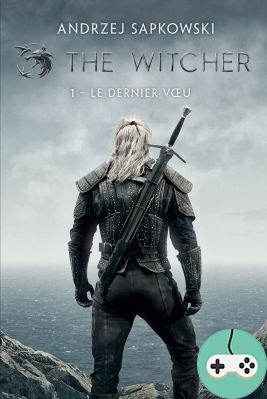 While I have recently discovered The Witcher 3 by CD Projekt RED on the occasion of its release on Nintendo Switch (you can find my article here), the Bragelonne editions in their Big Bang collection have reissued the writings of Andrzej Sapkowski for the arrival of the series, the opportunity to discover the history which is at the origin of everything.

The cover is like the series, the first episode of which will be released on December 20. Henry Cavill, the actor playing Geralt de Riv on screen, stands with his back facing the ocean, his great sword hanging across his back, his characteristic white hair styled into a small ponytail. He wears studded leather armor, his hands hang down to his sides, one of his legs is slightly arched. What is he looking at? 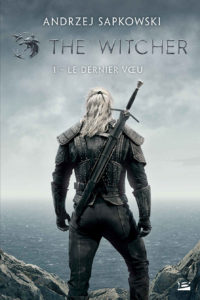 The back cover recalls what I said in the introduction, citing both the video game and the series, with in big black "the international bestseller", accompanied by this catchphrase:

In these dark times, ogres, ghouls and vampires abound, and wizards are expert manipulators. Against these threats, you need a hitman up to the task, and Geralt is more than a warrior or a mage: he's a witcher.

During his adventures, he will meet a magician with poisonous charms, a musician with a big heart ... and, at the end of his quest, perhaps he will realize his last wish: to find his lost humanity. 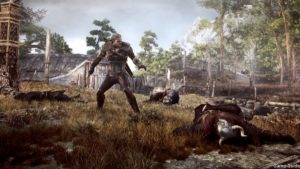 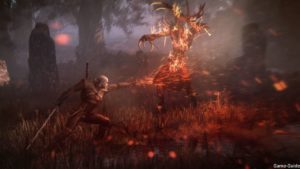 To quickly introduce the character, Geralt is a witcher, a caste of half-warrior, half-wizard men, chosen before birth for this fate. Raised and trained, the children are subjected to trying tests, and in particular to elixirs which cause irremediable mutations, making them stronger, but experiences which cost the life of many aspirants. So, Geralt has white hair and feline eyes. Those who survive the training become witers and take to the highways to rid the world of magical creatures, and have been doing so for over 300 years. But they are fewer and fewer, as are the creatures they hunt, who flee far from men in virgin forests and inaccessible mountains. Like the members of his order, Geralt struggles to find work, feared by all, rejected until his help is needed, most of the time having as only companion his faithful mount, Ablette.

I was doing what I had to do. I quickly learned how to act. In the villages, I approached the fences; in hamlets and towns, I stopped under the palisades. And I was waiting. If they spat and cursed and threw stones at me, I was going. If, on the contrary, someone went out and gave me a job, I would do it. 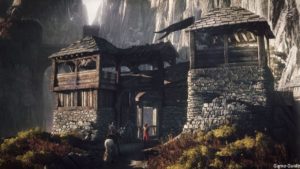 This volume 1 is not a classic novel in the true sense of the word, but an assemblage of six short stories, set in a medieval fantasy world inspired by Slavic folklore and other legends:

Between these short stories, the Voice of Reason is a seventh story, cut into seven parts, which takes place temporally just after The Witcher. Following his fight with the striga, Geralt goes to the temple of Melitele, where he rests under the protection of the high priestess Nenneke, an old friend. The other 5 stories are memories, introduced by the events taking place at the temple and discussions with the guests, whether welcome or not.

And so, the poor witcher that I am must face a fate stronger than the royal will. A witcher who fights against fate! What irony ! 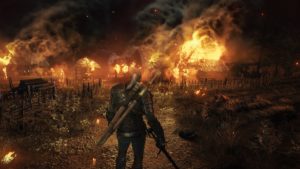 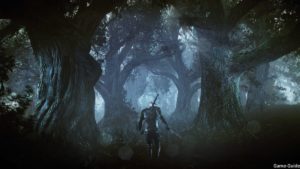 It's hard to say more without revealing too much about the story. But you will learn in particular how Geralt met Yennefer, how Ciri's fate was decided, or even why Geralt is nicknamed the Butcher of Blaviken. To conclude, I wanted to quote these last sentences taken from the book, one of those passages that so well define this hero who hides an astonishing sensitivity under his unappealing appearance, hated by all, and yet ready to help when needed. .

Errors ? Of course I did.

But I stuck to my principles. No, I wasn't following a code. I used to hide behind a code. People like it. We respect people who have a code and have consideration for them. Witers don't. There has never been a witcher code. I invented one for myself. Simply. And I stuck to it. Always...

I should have listened to the voice of reason. So...

You will find volume 1 of The Witcher, the Last Wish, published by Bragelonne for € 15,90 in paperback, or € 7,10 in pocket format on Amazon and in all good bookstores. 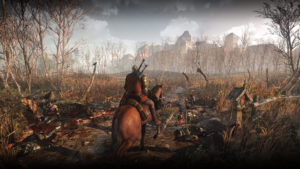 Shadow of the Beast - Origins and retrospective

Add a comment from The Witcher (book) - The Last Wish