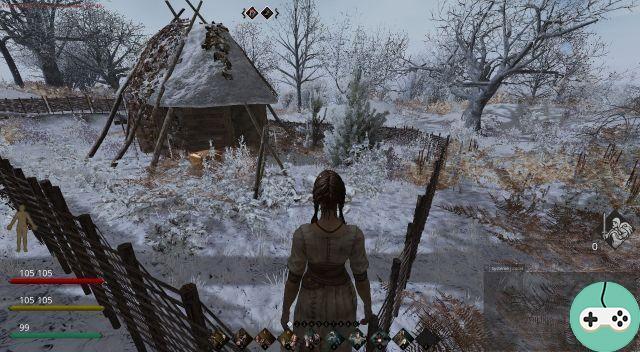 Do you dream of living in feudal times while not leaving the tranquility of your office chair? So embark on the world of Life is Feudal. This massively multiplayer game uses the winning recipe from the studio's first sandbox role-playing game, Life Is Feudal: Your Own, a success that had managed in just two weeks after its launch in November 2015 to slip into the top 10 Steam games, accounting for 380 copies sold. But where Your Own only accommodated 000 player servers, the MMO has continents with a capacity of over 64 players, if not more.

Like any good multiplayer, the game begins with the creation of a character. Immediately things are clear: we are in a pure medieval world, so do not look for magicians or exotic races, just humans of different ethnicities (Gottlung, Slavard and Khoor). There are only humans and the characteristics mirror reality. Intelligence, for example, increases the speed at which the character learns his skills and Strength increases the amount of items the character can carry. In addition, the skill points are to be divided between the crafting skills and the combat skills which, as you will see in the rest of my overview, are all important in this world. I end with the choice of the name and let's move on! 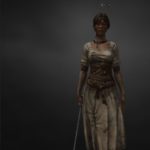 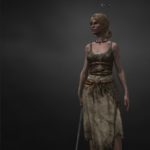 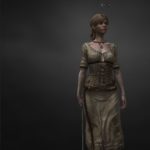 My character lands on the bank of a river and a tutorial explains the basics of the game to me. As always, at the beginning, everything is simple, the game uses the classic controls of any game of the moment, using either the arrow keys, or the keys of the American WASD keyboard. The character can also jump, run and crouch. I endorse the outfit graciously given, the opportunity to discover the equipment and inventory management interface. The latter is quite nice, represented in the form of a big window, like a bag in which the objects are put in bulk and organized by dragging / dropping. 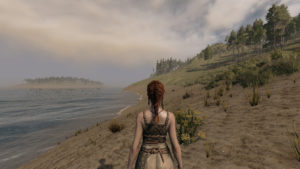 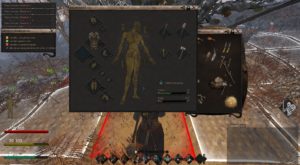 It's time to start crafting by cutting down a tree. But, to do so, you need an ax. And, to have an ax, you need a branch, flint and vegetable fibers. The branches are easily retrieved from any tree, without any tools. The vegetable fibers are collected on the ground as soon as there is a little grass. The flint is found at the level of rock outcrops. 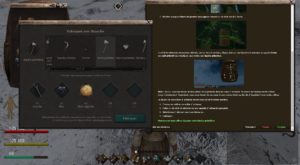 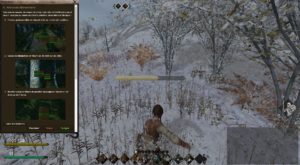 Once everything in my possession, I click on the branch in my inventory to be able to access the primitive tools and create my ax. The tree loses nothing to wait, I cut it down without worry, taking great care when it falls not to catch it on my nose (I have not tested, I suppose it must hurt). The game then offers me to test the combat by using my ax to shoot down a target that I am tracking thanks to my knowledge of nature. The combat aims to be realistic and integrates the direction of the attack as well as the power of the blow, depending on the movement of the character before the attack. This is far from easy to master, especially since there is nothing to train and you have to directly face the nasty critters who have no pity for my poor lost character. in the middle of nature. At this time, you have to pay attention to my life (red gauge), but also to my energy (yellow gauge). 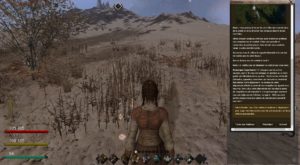 A bit by luck, rather because of a bug I think, I managed to kill an Auroch and collect a lot of meat. Thanks to the campfire created by gathering branches when the night has just fallen, I cook my game meat which gives back on average about thirty points of hunger (the green gauge at the bottom left). So I don't have to worry too much about food for a long time. 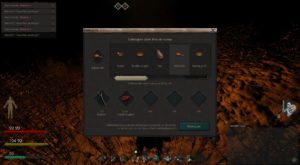 Always having the soul of a builder in all games of this type, I then embarked on the construction of my cabin. I struggle a little to understand the prerequisites, the land must indeed be leveled to be usable. It becomes much more obvious when I discover that I can display the plots thanks to F3 and thus have the altitude of each one. 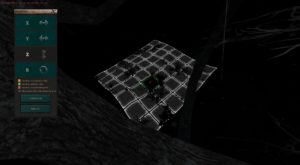 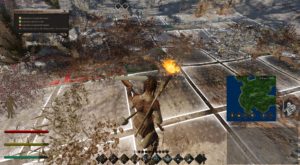 I manage to create a pretty platform of 3x6 plots all at the same level and lay the foundations of my hut. 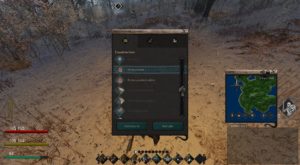 I must then bring back all the necessary components, the 20 boards and the 10 beams, requiring to make a lot of back and forth with the trunk previously felled during the tutorial (and which I chose very wisely to bring back next to my construction site, losing me all the time). Because yes, if there is indeed a problem with the map of Life is Feudal, it is the absence of coordinates identifying the place where I am. Suddenly, I find my way around thanks to screenshots taken from the mini-map and landmarks like remarkable trees. It is obviously "realistic", but nevertheless very impractical. 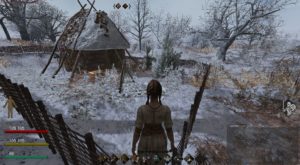 Once my cabin is finished, just to guarantee my safety having had the unfortunate encounter with a wolf (which resulted in my death and my quick return to my house, some skill points and all my inventory lost in the process), I decide to erect a barrier around my modest home. For that I need branches, lots of branches, ten in sections. My barrier finished, I can finally enjoy a semblance of tranquility even if my progress is very clearly compromised, the earth suddenly being invaded by wolves which prevent me from recovering the clay which is necessary for me to create my oven.

This is clearly the concern of this game now, the skills are devilishly long to build, requiring to create again and again heaps of objects, knives, fences ... (in my case, aiming at crafting and architecture, but whatever you choose as a path, in order to progress you will need to use the skills and therefore repeat the same actions). For that, you need materials, but the materials are dangerous to recover and any death results in a loss of points similar to what I hardly managed to grab. After a rather promising start, I had the unpleasant impression of leveling off, or even regressing, staying in my house for fear of meeting ugly wolves.

Life of Feudal is clearly not a game to be taken lightly. Without a defined class, it offers a lot of freedom, which sometimes reminds me of Star Wars Galaxies (my first MMORPG), which is as much a good thing as a bad thing. The skill point allocation system gives me the opportunity to do whatever you want, but the hardcore side leading to such harsh penalties after death clearly doesn't suit me, and may put a lot of players off, scary by the same a whole fringe of potential population for the game. After about fifteen hours of play, I am thus only partially convinced, the game is promising, but I am not sure to play in its final version if it there are no less penalizing servers with death. Which is a shame when I see everything I have left to discover ... 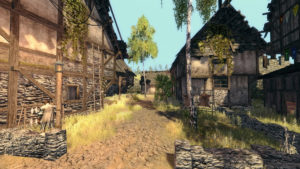 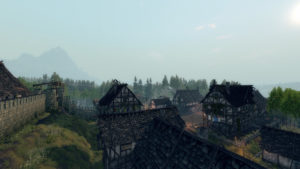 By the way, I would like to thank the players of the Wiki http://lifeisfeudal-fr.gamepedia.com, a very useful source of information to complete the official tutorial of the game! Finally, to conclude on a more positive note, here is a video created by the developers and presenting the first five hours in the game (well, between you and me, I haven't seen / done a quarter of that while I played a lot more!)

If you want to play, you can acquire founders packs from the official site, it will cost you 45 € for the smallest (99 € for the most important).


Do you want to be up to date and know all the tricks for your video games? In gamesmanagers.com we enjoy playing as much as you do and for that reason we offer you the best tricks, secrets or tips for you to play non-stop. We offer you quality content and always updated to keep you up to date. That's why, in our website, you will find not only videogame guides but also tricks, secrets and thousands of tips so you can play to the limit. Are you ready to get it? Enter now and enjoy your videogame!
SWTOR - Dread Palace: Tyrants ❯