Trove - The console version is waiting for you! 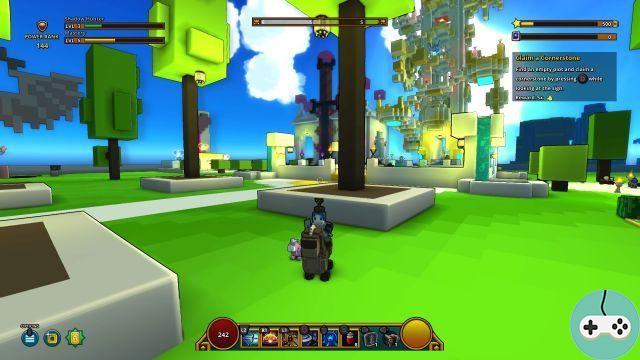 Currently in open beta, the console version of Trove is available to everyone. And since there will be no more resets between now and the scheduled launch on March 14, it's a bit like the party kicking off two weeks early! To top it off, I had the opportunity to walk around with some members of Trion on Thursday night! 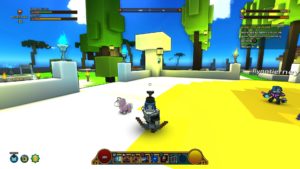 You will first notice the interface which is totally optimized for the console version. Because, as the developer pointed out to me at the outset, what mainly changes with this version is the use of the controller. 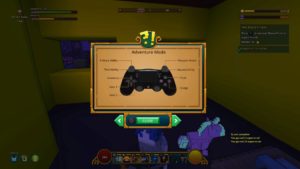 After an adaptation phase, and especially having found this famous panel above which summarizes the controls, it turns out to be pleasant to use. The controls of the controller increase the dynamism of the fights, and everything reacts exactly as on the PC version: fast and well. Incidentally, they have also improved the inventory, which will benefit the transition to the PC version (a very good thing). Crafting components automatically stack in a dedicated tab for easy navigation. 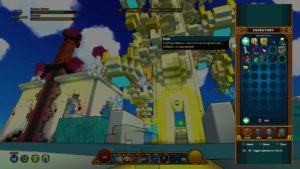 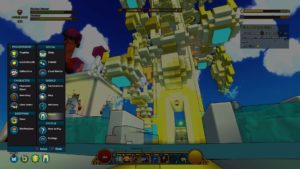 The rest, let's be brief, is completely identical to what you may have seen before. At launch, the console version (PS4 and Xbox One) will certainly be late in terms of updates, but they will work to catch up, their goal being to deploy all updates simultaneously as soon as possible. We should therefore expect several large post-launch patches.

Trove has the particularity of offering a wide range of classes, without any limit in their activation if not the cost. You can thus assemble an archer and decide to change to become a wizard. Out of combat, changing class only takes a moment, with no need to recreate a character to test something else! 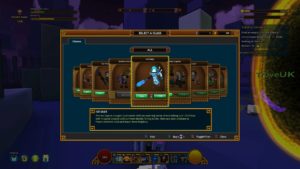 You can therefore find the hub where all your favorite activities start. There is the ability to access adventures, through portals from the great tower, to join other players completing the exact same styles of quests of the same level. Without the need to group, you can find friends and do some dungeons in good company. 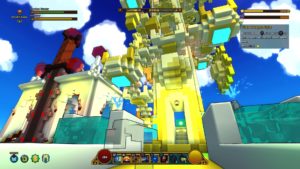 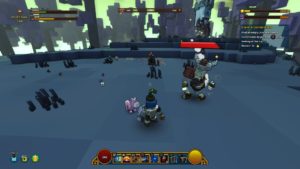 There is of course the dedicated space, the cornerstone, a personal construction zone to take anywhere in the world. Indeed, it is enough to find another place identified by a sign for our house to be teleported, a place where our character will reappear on his death. As always in building games, I couldn't resist the call of the bricks and built a lovely fortified castle. I sometimes regret the absence of the mouse to click precisely where I want to add a block. Nevertheless, the controller once correctly positioned offers good speed of execution and my construction did not take me much longer than what it would have taken on a PC. 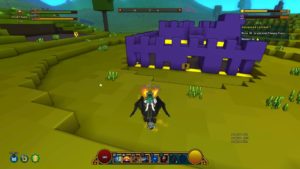 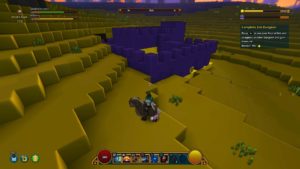 The clubs (the guilds) are there, of course. It is possible to join up to five at the same time and thus enjoy the company of very different communities. Clubs have the opportunity to create their own battle arenas and the best are shared directly in the hub. If you really like typing on others, you will be able to access battles directly from the hub. 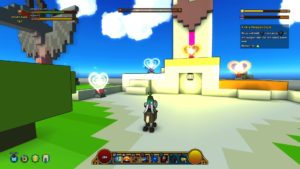 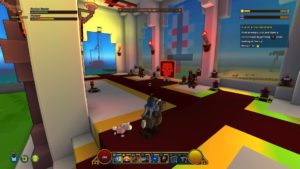 If, on the contrary, you prefer the tranquility of fishing, you are up to it! As you advance in the game, you will also be able to have a boat and thus navigate to new horizons. 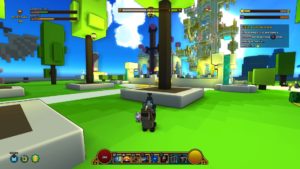 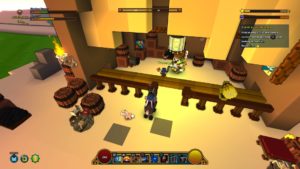 In conclusion, I asked a few questions:

The game is available now from your console stores. Just look for Trove and embark on the adventure! 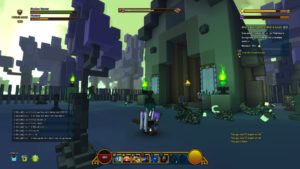 Shadow of the Beast - Origins and retrospective

Add a comment from Trove - The console version is waiting for you!