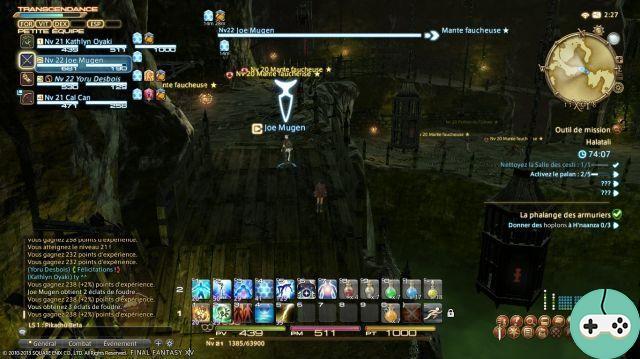 Adventurers of Eorzea, I know that Monday is much more difficult than usual for you: phase 3 of the beta is over, you will have to wait a bit for phase 4. Just to occupy yourself and calm down your feeling of lack, I have compiled the latest information from all corners of the web. On the program, news from Yoshi, rumors, some info and a long video of FFXIV V1.

FFXIV and Lightning of FFXIII

Announced at the Japan Expo, the news of the introduction of lightning in an event on FFXIV had given rise to much debate. Yoshi went back to this announcement in more detail:

Feedback on the Mission Tool

Returning from the Japan Expo, Yoshida consulted the players' feedback on the Mission Tool. In a long (is it useful to clarify? ^^) post on the beta forum, he details his opinion and gives some answers.

Usefulness of the Tool

MMOs are often thought of as niche games because you have to play in a group and many find it difficult to find teammates. We find this way of thinking especially in Japan, where few MMOs are created there. It was therefore necessary to overcome this problem by making groupage accessible to all.

When Naoki Yoshida tried out V1, he immediately asked the server team if it was possible to implement a cross-server group finder. On V1, it was impossible to achieve this, the initial code of the game even preventing the implementation of a Mission Tool! It was therefore necessary to start from scratch. So we arrived at the system we know today: we start solo, the Epic leads us to group smoothly and we get used to group play.

We summarize how a player's life unfolds in relation to the group: 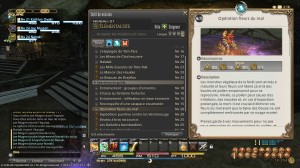 In order to let the players discuss without being under enemy threat, some "free" time has been created in the dungeons. At first, you can chat freely (and say hello to your teammates too!). Before each boss, you have time to establish a battle plan and after opening the chest, you still have the opportunity to chat. Yoshi hopes that outside of these moments of respite in instances, players will talk freely everywhere through the / say and / shout commands to find groups, swap info, and recruit members for their Linkshell / Free Company. Although the team is putting in place tools to improve communication and the feeling of belonging to a community, it is also up to everyone to make their contribution by participating in it. To build all this, other functions are planned to improve Linkshells, Free Companies as well as a Mentor system.

Inter-server grouping and the options of the Mission tool

For Yoshi, the main function of the Mission Tool is to quickly find teammates. In order to reduce the waiting time, it was essential that the research be inter-server. Players have called for an option to group only with people from their server and only search other servers if no players are available. In order to understand why this system is not in place, the producer wrote an example:

4 players on worlds A, B, C and D use the Mission Tool to face Ifrit.

Player A waits for "damage / damage / healer" from the same world,
Player D waits for 'tank / damage / damage' from the same world,
Players B and C are waiting for "tank / healer" in all worlds. If these players had all chosen the "search all worlds" option, they would immediately be grouped together and face Ifrit already. But because of their choice, they have to wait longer. And since everyone does not have the same patience, we can quickly give up the search ... Let A be patient for 5 minutes and D 7 minutes. All players will then have to wait 7 minutes before being grouped. During these 7 minutes, B and C will wonder when they will succeed in grouping. As long as they have the patience to wait, that's okay, but if Player B is fed up and decides to join another group that was passing by or play something else, the group won't be. in the end not formed. A single decision can therefore change the course of events and extend the time to find a group. 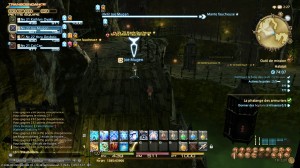 On the other hand, if the team sets up a maximum waiting period, 5 minutes for example, it will also be difficult to group together: each player registers at a specific time T and they will be unable to group together. Even if the examples are a bit extreme, they show that the "one world choice" option is not viable. After the official release of the game, the results of the Mission Tool will be analyzed: average waiting time, deficiency of certain classes. Depending on the results, we may see a modification of the role restrictions or the possibility of choosing several roles (healer and damage for example). 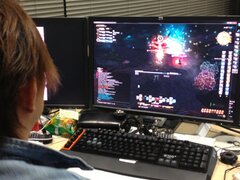 The additions planned at the launch of the game

For the game's release, the Mission Tool will be improved:

In other games we have an exclusion voting system but this system is subject to abuse so the team is thinking about this issue. They also discuss the players who immediately leave the group after joining.

You can now pre-order the FFXIV: ARR soundtrack if you live in Spain or Belgium. For the rest of Europe, we will have to wait. On the menu in this Blu-ray : 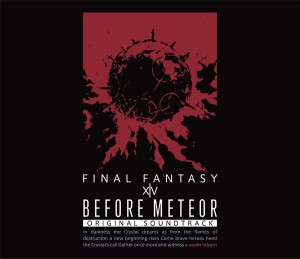 The latest news and rumors

Let's start with something concrete: yesterday a special Final Fantasy XIV live took place on NicoNico. A video was posted showing a wide variety of outfits and weapons. You will see among others the weapons of Ifrit and Garuda. We also learn that the 8th live letter from the Producer will be on August 8 and that phase 4 of the beta will begin shortly after. Let's move on to the information to take with a grain of salt. Recently there was a screenshot showing Yoshida in-game chatting with players. We learn that: A little nostalgia For those who want to find out what happened in Final Fantasy XIV V1 here is a long, very long video detailing the whole story. A true titanic work carried out by Ruben Rybnik. Thanks to him !

Audio Video Un peu the nostalgia
Paragon - Let's find out the basics of the game! ❯