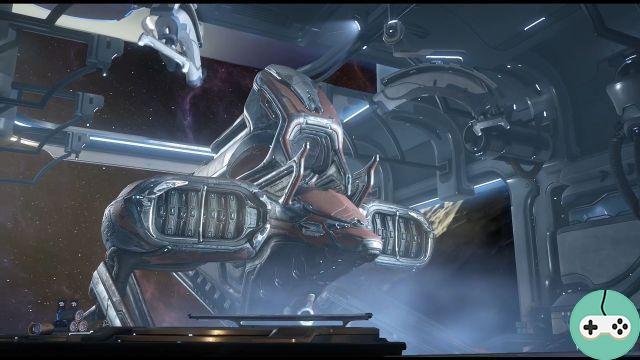 I had the opportunity to participate in a livestream dedicated to the press, during which developers from the Digital Extremes studio showed us a content update expected very soon on PC. It should be noted that this patch is only a "piece" of the enormous update called Empyrean which is being deployed little by little, both on PC and on consoles.

From the start, Warframe has integrated at the heart of its gameplay the personal ship, used to travel the galaxy and launch missions, but also to accomplish various ancillary tasks such as crafting. You can also find my overview on this subject. Even though it dates from 2017, I had a good time at the time personalizing the appearance of this ship by decorating it with paintings. Despite its importance, the studio has long felt it can go much further with spatial content. At the same time, the community is always asking for more opportunities to cooperate. These two demands merged in the minds of the developers, materializing today with the arrival of the clan ship, the Railjack, allowing access to large-scale space missions.

The ship is created from the shipyard, a new room to build in the clan dojo, a well-known location in the current version of the game. This shipyard takes up a lot of space, so you may have to rearrange the organization of the ship. your dojo ... In order to give players time to plan things correctly, it is already possible to build this shipyard since an update deployed at the end of November. This costs 200 Credits, 000 Circuits, 850 Tellirium, 15 Forma and 1 Salvage Coins for Ghost Clans (up to 25 players), making Railjack accessible to solo players who can build their own very personal clan. Multiply that by 000 for a Shadow clan, by 10 for a Storm clan, by 3 for a Mountain clan, and by 10 for a Moon clan. If you are not familiar with the game, know that these ranks correspond to the sizes of the clans. The ship arrives with several exterior appearances, as well as the possibility to change colors and put stickers, but there will be only one interior appearance for the moment (but it is not excluded to add more) .

For more convenience, you should know that even if the ship is technically in the dojo, a shortcut has been added from the personal ship, to access it directly without having to make a passage to the clan dojo. 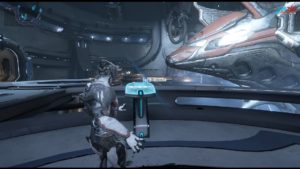 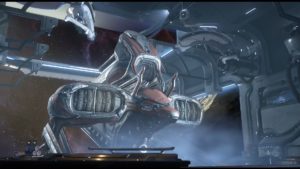 Then you have to recruit an artificial intelligence, the Cephalon Cy, which takes care of all the stages of construction of the Railjack warship. We got a glimpse of the interface where everything is organized into six tabs, with various categories: research, components (shield, engine, reactor), armaments (missile, launcher), avionics (stats with built-in upgrades and weapon tactics and shields), consumables (revolts, flow energy, dome charge and ammunition), intrinsic (tactics, piloting, (-) and customization ... Building a high level Railjack is extremely expensive, and will require the participation of each member of the clan Each game gives access to various important statistics, offering the opportunity to invest in new modules, to improve the power of Railjack from engines to shields, without abandoning weapons. 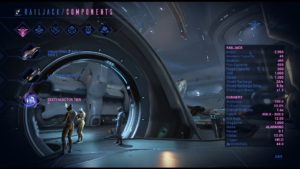 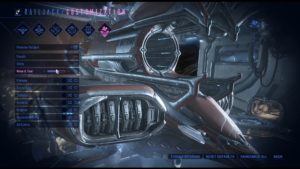 The vessel then left on a mission, to destroy 30 patrol boats and 5 troopships. The missions will be quite varied, starting with the classic "exterminate everything" to more complex objectives, but we did not have more details. The Railjack showed impressive firepower, but the developer could not win: she was short on time, the presentation only lasted twenty minutes, and especially teammates. Indeed, although the content remains accessible to a solo player, the Railjack missions are above all designed to be carried out by a crew of 4 players, each at his station (piloting, repair or shooting ...), not being not unlike raids for those in the know (high level 8 player missions). The gunner at maximum level really has a special place, with a virtual reality seat that hides the ship and allows it to see in 360 °. But a beginner player will have his place on board, for example being able to run in the passageways to fill in the gaps! 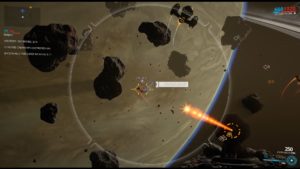 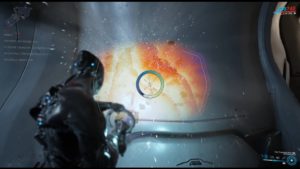 Bluffing thing: the Warframe, the combat armor that the player wears in classic content, is quite comfortable in space. It is therefore possible at any time to leave the Railjack to fly into space, the Warframe then being equipped with an additional generator, with the ability to inflict significant damage to ships. Each Warframe brings a tactical element to the crew, which adds a strategic touch to their Warframe choice. 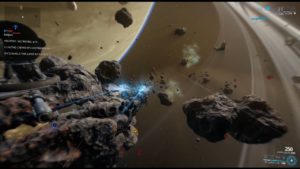 We did not have an exact date for the launch of this new content, other than a "very soon". Through this short presentation, it certainly appears to be a new action-packed activity that will appeal to all players in the clan, offering Warframe a new and never-before-seen spatial dimension. Of course, content mainly geared towards large groups, solo players will certainly find themselves frustrated very quickly. The opportunity or never to join some friends at this end of year period! A little video to wrap up, showing a non-final version of everything I talked about:


Yooka-Laylee - A Glimpse of a Quirky World Filled with Humor ❯