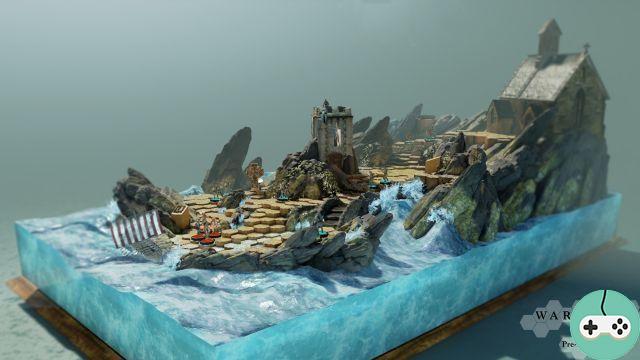 We had already told you about it in a previous article, here is the return of one of my favorites, I must admit, Wartile! Now available recently in early access on Steam, I invite you to see the new features. I will therefore not go back to the basic principles of the game covered in my first article, but will focus on the changes since the alpha as well as the multiplayer mode that I was finally able to test! Oh, one last thing before we start, to get you in the mood, don't hesitate to listen to the in-game music at the same time!

Recap - The game in brief

To give you Wartile in its context, it is a game developed under Unreal Engine by the small team of the Danish studio Playwood Project. Guys are rather fans of board games ... and it shows. Just look at the sublime decor of the parties, like a hexagon board game. You make Viking miniatures evolve against various enemies. You will also find objectives and interactive elements, even sometimes trigger events! In your set are also cards and skills to activate at the right time to triumph!

You will of course have one or more objectives to accomplish in each mission and equipment to collect in chests ... or gold! 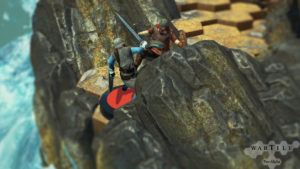 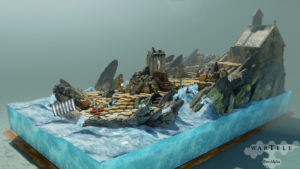 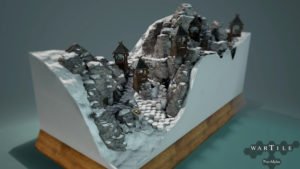 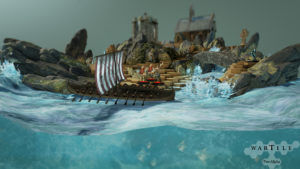 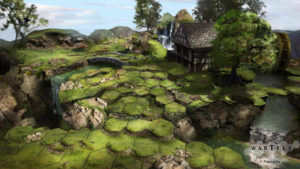 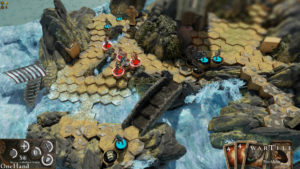 The game is basically the same, the only major change is the addition of difficulty modes. There are, however, a lot of details that have changed to allow a better gaming experience, including: 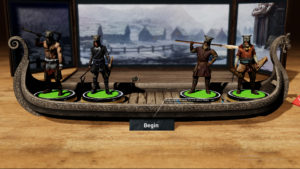 Great addition of early access, there are now three game modes with an easy, medium and hard mode. It is necessary to have completed the "easy" mode (which is not necessarily so on some missions!), To unlock the other modes of a mission. In addition, missions can only be unlocked if you have completed the previous one in easy mode.

The only difference between one mode and another is the number of enemy units. For you, that doesn't change and neither does the scenario! Where you have one unit in easy mode, you will have two in medium mode and three in hard mode. Suffice to say that it can get relatively complicated because with three enemies instead of one, you will quickly get surrounded if you are not careful to play tactically, encirclement means, t in this game much more damage received!

Difficulty progression at the moment is pretty bad in my opinion, whether it's between missions in the same mode (getting to the last mission might be problematic for some) or between difficulty modes. If the medium difficulty mode doesn't make it difficult for the third or fourth mission, it could be for the first mission where you only have one minifigure in play! In addition, some units are more difficult, and the double or triple of this same unit increases the difficulty more than doubling / tripling other types of units: we can take the example of the archer who shoots from a distance, easy to dethrone in low difficulty simply by going in contact with it, while the difficult mode can create a barrage of miniatures preventing access to archers who then have every opportunity to harass your miniatures.

These "technical" difficulties may only be present for early access. To continue with the previous example, the game may also be able to offer an archer for your side, partially solving the problem. Proof of this hope comes from the change in difficulty depending on the equipment worn. With the best equipment or without, the outcome of a mission changes dramatically! Anyway, even with the best equipment possible, the last mission at maximum difficulty is quite a challenge! 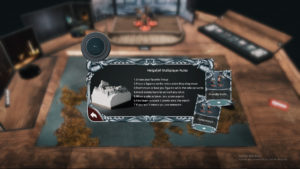 Once you have completed the fourth mission you will then be offered the multiplayer mode of the game. I had not had the opportunity to test it for lack of players during our previous article on the alpha, but the Luc's help to test this game allowed me to fix it. First of all, it must be said that even by coordinating, it was very difficult to join a first multiplayer game but, once started, we no longer had any problems. There are still some bugs on this part but which will hopefully be fixed very soon.

In multiplayer mode, you have control points on the map that appear randomly on tiles. In a system similar to a king of the hill, you must have a unit present on this tile to lock it for your team by staying on it for a certain time. You have to lock three tiles to grant victory to your team. Initially, three are on the map but more can appear simultaneously if you are late in capturing one.

There are also bonuses on the map to collect in order to use the divine cards. We can see there a strategic choice: some parts where the players will seek to use cards and therefore to recover bonuses, while others will put more emphasis on saving their miniatures and their points by keeping a compact group. . A special mechanic of this mode is the respawn of your units, after a short delay, to their starting point on death!

There is a very small negative point: the random appearance of the first three points can sometimes greatly benefit a team from the start and in fact, make it win the game automatically or almost. For the rest, this mode was very pleasant. The strategies to adopt here are more varied and different from those of the single player mode. In addition, the strategic choices on the equipment, the cards ... and the style of play have a significant and most stimulating impact. Small example, I preferred to bet on the card allowing to push back my enemy to rob him of his place rather than to resist more attacks and therefore to keep a point! This multiplayer experience has really been a part of the pleasure shared with Luc. Moreover, to conclude, here is also his opinion on the game! 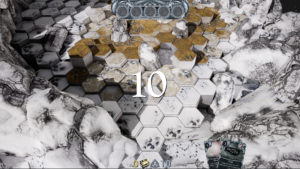 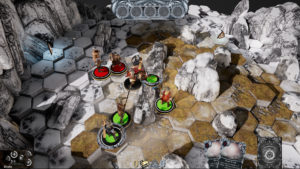 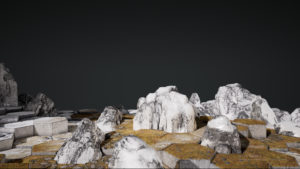 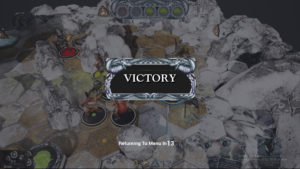 Between cards reminiscent of magnificent dioramas and d4s used to return to the main menu, Wartile smells of the game made by wargame and role-playing enthusiasts. The proposed single-player modes offer a varied difficulty with a well-explained first tutorial mission and a very present difficulty for the last stages of the missions. The proposed units, although few in number, each have their own strengths that will have to be exploited to the best of their ability to succeed. On the other hand, the AI ​​is mixed here, sometimes interesting, sometimes very easy to deceive.

After the access problems, the multiplayer is a simple and nervous game mode. We regret the random appearance of objectives that can determine the victory or defeat of one of the players. The map is also always sumptuous here, although, unlike the maps in the single player mode, it remains very simple and lacks background elements.

The content present remains very limited to this day, but judging Wartile in its context (small team, early access,…), the game offers a unique and convincing experience. We will wait to see its evolution to provide a final opinion, but as it stands, Wartile is a promising game and one that deserves to be followed. 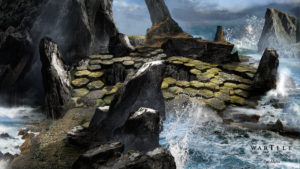 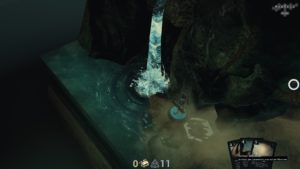 Do you have a rather positive opinion for a game that I recommend to all lovers of miniature games on the board?