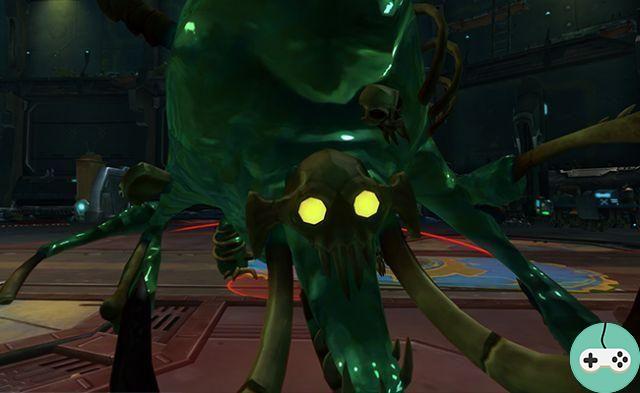 With the arrival of the fourth big update titled Project Protojeux, the Mandates have been refreshed with their entry into the Mission Tool and their veteran version added. Here is the guide to the progress of the veteran mandate "Invasion from elsewhere!".

Here is a video of the mandate in veteran mode if you prefer this format:

This mandate is not in itself very complicated, there is no particular big challenge if the player masters a minimum of movements and dodging. In addition, the course is quite linear, you will only progress by following a series of objectives with no particular choices to make.

You arrive in a ship that would be stormed by an alien threat! 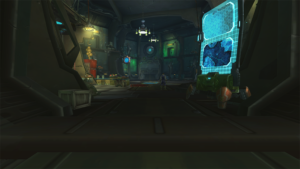 You won't have to wait long, the first room already has a surprise in store for you! Indeed, air vents on the ground will be subject to appearances of alien creatures who will not wish you well. Get rid of them and close the air vents once the way is clear, they emit toxic green fumes. 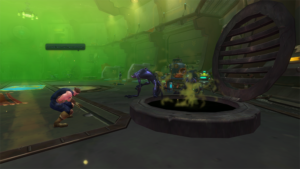 Continue while eliminating what stands in your way. You are now in a new, rather large room. Here, you will have to kill the monsters present while having to close the breaches in the walls in which poor crew members are sucked! 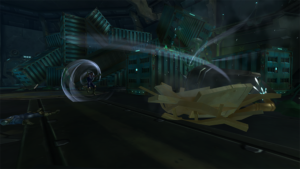 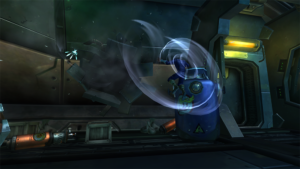 This succeeded, progress to the next large room that will have to be opened via a wall panel located just next to the door. A crew member stands in front of the door, kneeling, and indicates that the crew members are contaminated. 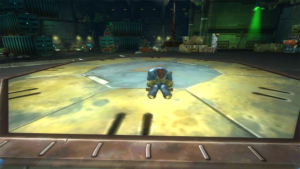 Find the medicine box in this room, interact with it to collect them. Now you have to go back to the entrance of the ship, where you started, taking care of the passengers in the process. The first ? Hm ... It's going to be complicated for him: when you turn around to save him, a little surprise awaits you. 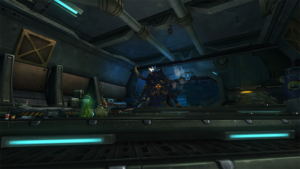 New creatures have appeared, massive parasites, they are more powerful and resilient than those you have encountered so far. You now have 3 objectives to complete the mandate:

It won't be complicated to do, you will just have to go to the entrance and accomplish these objectives on the way by killing all the enemies and ... saving the passengers. I say no more. 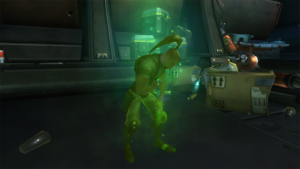 So continue to the entrance of the ship where you will have, if you have done everything on your way, finished the first 2 objectives mentioned above. Now all you have to do is kill the Cyclopean parasite, your ultimate challenge! This is a massive augmented parasite, it is green in color and will offer you more challenge than anything you have faced so far. He's a boss, what. 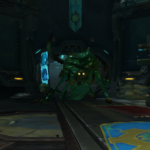 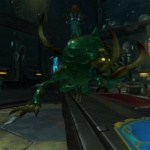 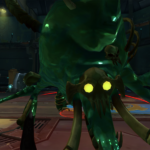 There will only be a little movement to master, nothing too bad! And there you have it, you have completed the mandate! To get the gold medal, you will have to complete this instance in a certain time, which is still pretty nice and shouldn't be a problem for you to respect.

All you have to do is get started on your own and overcome ... the invasion from elsewhere!

add a comment of Wildstar - Invasion from elsewhere! (veteran)