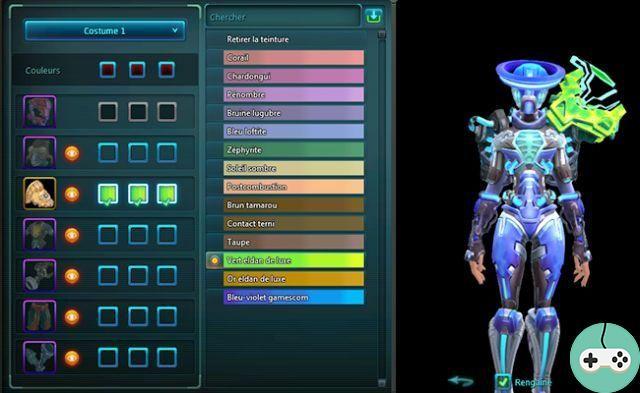 New round of drop 5 novelties! This time, we're going to take a look at the new costume system: the holo-closet! This greatly improves this functionality which until now contained certain shortcomings. Here's how it works now.

As usual, I suggest you see all this in a video guide:

To access your holo-closet, all you have to do is click on it in your menu accessible by default at the bottom left of your screen. You can also pin it to your list of menu icons. You will therefore see that the functionality no longer requires you to speak to a Protostar agent, you can modify your costumes anywhere!

On the test server, it's still named Holo-Wardrobe, but it will be translated on the official server.

The interface of the tool remains basically the same. Some graphic improvements have been made, in particular to match the new features added. 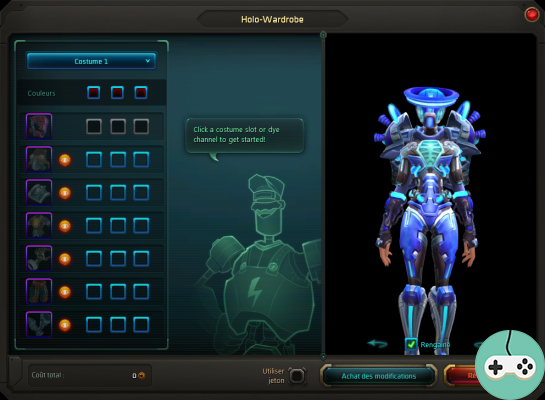 The window is divided into 3 main parts:

It should be noted that it is now possible to use the display functionalities of the part and its colors without necessarily having a part added to the costume. This will then affect the current part carried at that location.

The big new addition is the appearance unlock system. When you own a piece of equipment, you can, for a small fee, unlock its appearance for your holo closet. 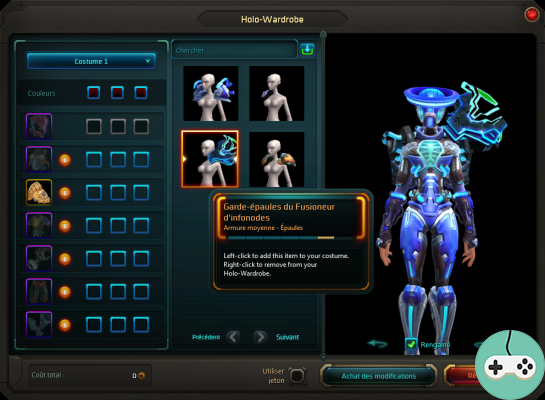 As you can see above, you have a list of suggested skins for, here, the shoulder pads. To have appearances in this list, you must first unlock them via the arrow icon located in the upper right corner of the central column of the window.

There you will have a new window that will open, you will see the coins you own whose appearance has not yet been unlocked: 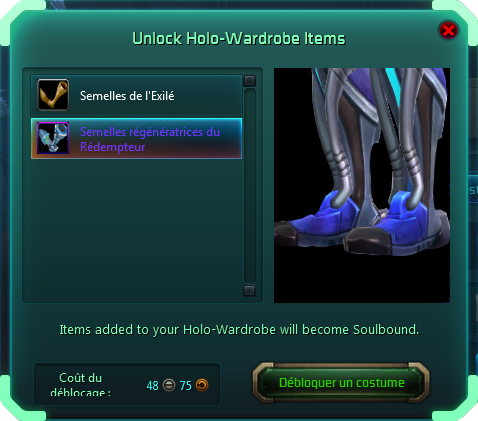 Unlocking an appearance doesn't destroy the room, it will stay where it is. You will then have it permanently in your list of appearances.

To conclude, the functionality of the colors is still present and still has the same mechanism. The major difference remains the display of colors which is now more explicit: 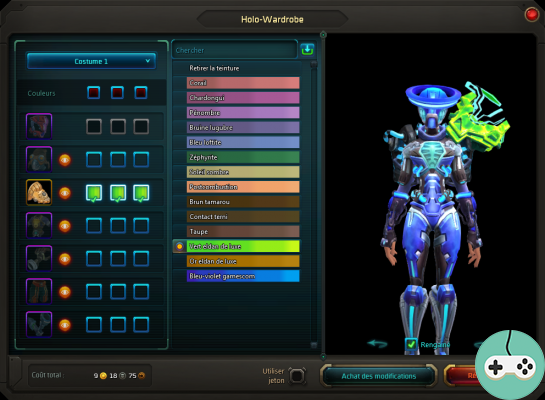 So you select the color locations in the left column that you want to modify, you will have the list of colors that will appear, you will only have to choose the desired color. The preview on the right will change directly by choosing a color.

To conclude, this is a very good improvement that fixes a number of issues with the old costume system, including color boxes that did not always work correctly, as well as parts used for costumes that could not be worn. or kept elsewhere if you want to apply them to a certain costume.

What do you think of the holo-closet?