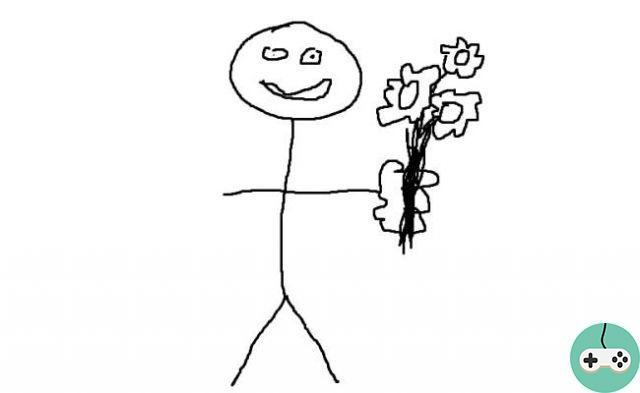 In addition to the two winning proposals, we received many great proposals. Here is one of them, sent by Alexis. The game is based on the use of three actions / emote, the first being the fist in the ribs, the second the foot in the squeaks… and the last the finger in the eye. For the sake of convenience, we will call them respectively as follows:

The object of the game being to get upset, we just have to use these actions until the defeat of a participant (and we all know what defeat in the meuporgs means eh eh eh è_é). But no, I'm joking !! More seriously :

The Biffloumis game takes place over three rounds. At the end of a count, which generally takes the form of a cry with the following onomatopoeias: BIFFLE-OU-MIS! Participants must choose one action from the three preceding ones. We are therefore at the stage where actions are chosen. But how do you score points you will tell me? Simply knowing what I'm going to tell you now….

It is known to all good brawlers in the galaxy that the best one-way parade is the / fingeintheeyes. In the same way that a / foot is the most effective way to counter a / fist. If you have grasped the REVOLUTIONARY concept of Biffloumi and I ask you what would surely send the most powerful of / fingerintheeyes under their mother's juppons? The / fist of course and not the stone as I heard in the last row ... Let's recap:

The opponents may use the same technique, in this case a tie and the game continues. Conversely, when one of the two during a round takes control of his opponent, he wins a point. The first of the two glanduses to have three wins this titanic face-to-face. (Of course he wins half of his pokédollars with him)… For those who have not quite grasped the concept, here is an illustration summarizing the idea: 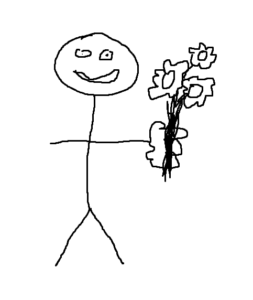 Those who do not understand the meaning of the latter will have to be content with the preceding explanation and the following justification: having tried to draw the actions with the mouse on my first prize holographic drawing table otherwise known as PAINT, the result was more than deplorable it is to say it even made my cat Balthazar howl in fear… So I decided to make a man with a bouquet of flowers… (And the latter finished poor Balthazar RIP…).

This game requiring a specific anatomy will not be able to play:

It made us laugh in the team, do you also appreciate this rock-paper-scissors with WildStar sauce!

Do you want to be up to date and know all the tricks for your video games? In gamesmanagers.com we enjoy playing as much as you do and for that reason we offer you the best tricks, secrets or tips for you to play non-stop. We offer you quality content and always updated to keep you up to date. That's why, in our website, you will find not only videogame guides but also tricks, secrets and thousands of tips so you can play to the limit. Are you ready to get it? Enter now and enjoy your videogame!
Armored Warfare: Early Access ❯

SWTOR - The Datacrons of Corellia (Empire)