WoW - About the Conquest pts bug

As you know, at the start of the new PvP Season 14, a malfunction resulted in the temporary removal of the Conquest Gear Vendors. Now that things are back to normal (the sellers are of course on income), it's time to take stock and it's Lore who sticks to it on the English forums. 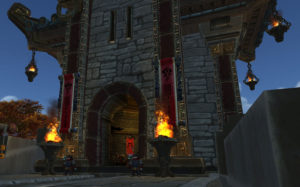 This problem was caused by an error in the calculation of the maximum heading. Normally, this heading is calculated every week. But now, for some players, this calculation started before the start of Season 14, giving them an entire catch-up season, well beyond the normal limit of 2200 daily conquest points.

They intervened quickly, removing the salespeople and then working to correct the initial error. Once this fix was done, they applied it to all regions and got the sellers back. They hoped that this fix would take effect without restarting the servers, but it did not. This weekend, players were able to acquire pieces of equipment that they should not have been able to buy. In addition, a small number of players have obtained the achievement Dramatic Conquest (Horde / Alliance) which allows you to purchase Conquest Gear with Justice Points.

Here is what they plan to correct these errors:

Now, they have to deal with all the equipment that the players have acquired in excess, a thorny problem because they have to be fair, without impacting the players who had loot on the outside bosses for example. Here's what they plan to do about it:

As many of you are aware, there have been several hotfixes regarding PvP gearing over the past week. We wanted to take a moment to not only explain what exactly went wrong, but also what we’re going to do about it.

The problems started with an error in calculating the season "catch-up cap". As you may know, this cap is calculated on a weekly basis. Unfortunately, for some players, these calculations began before Season 14 had officially begun. So, when the season did start, those players essentially had an entire season’s worth of catch-up credit added onto their normal weekly cap of 2200.

As soon as we recognized the error, we despawned the Conquest vendors while we worked on and tested a hotfix to correct the artificially inflated Conquest caps (and remove extra Conquest that had been earned). We also created a hotfix that was intended to solve the initial error with the catch-up calculations during maintenance in other regions, but were unable to apply it before the issue had spread to other regions.


Once the hotfix to correct Conquest caps was completed, it was applied to all regions, and the Conquest vendors were respawned. At the time, we believed that the hotfix would take effect without realm restarts. That, unfortunately, did not turn out to be the case, so over the weekend, a number of players were able to acquire several pieces of gear that they should not have otherwise been able to. On top of that, a small number of players were able to earn the Grievous Conquest achievement, which then allowed them to purchase Conquest gear with Honor points.

We’ve since been working hard to correct our mistakes, and as of right now, here’s where we stand:

However, there is still the matter of the extra gear that some of these players were able to obtain. We need to remove this extra gear to maintain a level playing field for all of our players, but we also have to be extremely careful not to remove extra gear that players earned legitimately (as drops from world bosses, for example). To that end, here’s what we’re planning to do:


We are extremely sorry for the inconvenience this has caused, and are working around the clock to fix things as quickly and cleanly as possible. Thank you for your patience.

add a comment of WoW - About the Conquest pts bug