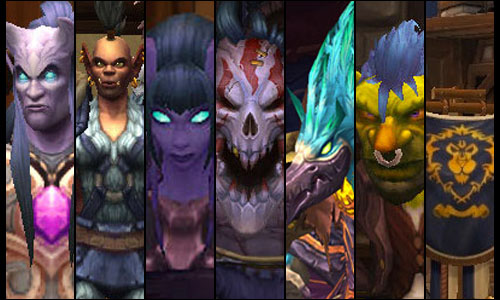 Now that you have made your mark in Draenor, it is high time to be seen by the greats of this world, and therefore, to build your reputation! 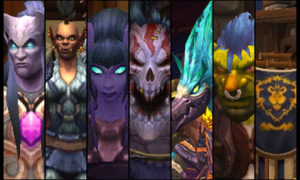 From Neutral to Revered

To do this, all you need to do is complete all the quests related to that reputation. They can be found in Shadowmoon Valley and Talador for the Council of Exarchs and Frostfire Crete as well as Talador for the Frostwolf Clan. Also, don't forget to complete all bonus objectives which will earn you 500 points each. You should be revered at the same time you level up if you follow the quests.

Forget the daily quests and the area of ​​Gorgrond which is reserved for another reputation.

Finally, if you take care of your stronghold, quests will be offered to you throughout your level progression.

From Revered to Exalted

Back to the good old ways: you will have to fight enemies in numbers to rise to the top of the fame within your faction!

These enemies are level 100 and earn you between 5 and 20 points. For the Council of Exarchs, you can find them in Shadowmoon Valley (Pillars of Fate, Socrethar Peak and Dark Tide Roost) and in Frostfire Crete (Stonefury Cliff, Iron Siege Workshop and Magnarok. ) for the Frostwolf Clan.

Once Exalted, you will obtain the title of "Dignitary" for the Alliance, and that of "Frostwolves" for the Horde.

To unlock them, a prerequisite is necessary. Indeed, for this you must build a Trading Post in your stronghold and raise it to level 2 (to be able to buy this plan, you will have to mount an outpost in the Spiers of Arak or reach level 98). Once this is done, you can meet the Quartermaster there and buy her some goods related to this reputation.


There again, the old method prevails since you will have to kill enemies of level 100 in number which will bring you in between 5 and 20 points in addition to those of the quests to one day hope to be exalted. These enemies can be found in Talador (Shattrath and Furyblade Command) for the Sha'tari Defense and in Gorgrond (Stay of Eternal Flora and the Pit) for the Laughing Skull.

Once Exalted, you will gain the title of “Peacekeeper” for the Alliance and “Mad Laughter” for the Horde.

Similar to the Council of Exarchs or the Frostwolf Clan, you can go up from Neutral to Revered with the Arakkoa Outcasts by completing all of the Spiers of Arak quests (be careful, the continuation of the quest begins in Talador, don't waste a few precious points). No daily quest once again but complete all the bonus objectives which are worth 500 points each.

Then, level 100 enemies that will bring you between 5 and 20 points are located in Skettis and the Lost Veil of Anzu, in the Spiers of Arak of course.

Once Exalted, you will gain the title of "Talon King / Talon Queen".

Finally a small change for this reputation. In fact, to get excited about Society, you will have to go on an adventure! On the menu, you will go and kill rare Elites and search for treasures! Go hop, direction the ruins of Nag'wa, in Nagrand! 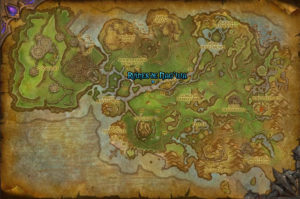 If you go hunting for Elites, know that nine rare Elites roam the Northwest area of ​​Nagrand. Each of them drops an epic item upon death which is exchanged for 500 points with Gazmolf Futzwangler in Nag'wa via repeatable quests. 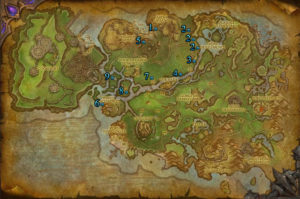 If you prefer to pounce on treasure, you will have two repeatable quests available to bring Gorian Artifact Shard or Highmaul Relic to Silver Cisar Hall. You will find these loot by skinning the corpses of the creatures that you will eliminate in the region north of the Nagrand River but also in Reliquaries of Highmaul. They are gray in color and await you in the north of Nagrand, out of sight of passers-by but not of prying, greedy and determined! If you can't find it, tell yourself that you might not be the only greedy person around! 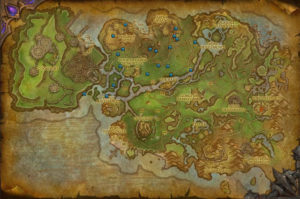 Quick tip: A rare garrison mission called A Commission for the SCG allows you to obtain a Highmaul Relic for 250 reputation points. You will also find some quests in Nagrand, at Stoneshire Gorge, to grab some precious extra points.

Once Exalted, you will obtain the title of "Ecologist".

To build this unique PvP reputation, you will need to complete quests in A'shran, in his battlefield. They consist, for example, in recovering fragments or blue objects from creatures in the area.

If the PvE currency is Apexis Crystal, the PvP currency is the Artifact Shard. The latter is also obtained from the corpse of creatures in the area but also from enemy players. Be careful though to stay alive, because even if you manage to collect some, if an opposing player manages to kill you, you will lose half of your collected fragments. These fragments allow you to complete certain quests and build your reputation with this faction, but they are also used to purchase specific PvP items related to this area or for example to purchase this Disposable Pocket Flying Machine. which allows you to repatriate your fragments to your camp.

You can finally have access to some momentary improvements to make your job easier, which are increasingly activated by killing creatures:

Once Exalted, you will obtain the title of "Sword of Wrynn" for the Alliance or "Spear of Vol'jin" for the Horde.

Here you are, you are finally ready to shine in Draenor society!