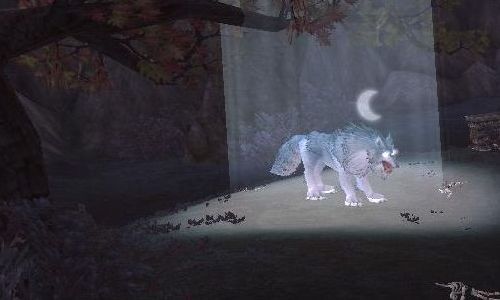 With 5.4, a new boss has appeared at the Darkmoon Faire, requiring a dedicated little guide. For more general information on the Fair, I invite you to reread the previous guides on this subject: overview, Darkmoon cards, additions made to 5.1 and additions made to 5.3.

To come back to this wolf boss, Moonfang, we must first kill classic wolves (Moonfang growler with 787.9k health points), in the forest, to the right and left of the tents of the fairgrounds. Once enough wolves have been killed, elite wolves will arrive (Moonfang Dreadheart with 12M2 life points) then finally the boss. Note that there is no point in killing elite wolves if you are not actually in the second phase of the boss' appearance. On the other hand, if you see the little ones (Grumblers) don't hesitate! The boss is killable every hour or so. 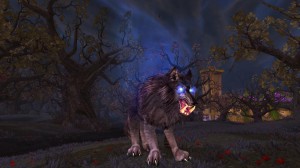 Alerts for the different phases are announced to all players on the island.

This boss behaves the same as the rare ones on the Isle of Lost Time, his tag is shared by all players who hire him and the loot is personal. However, you have to have time to type it, which is not necessarily obvious given the number of players who are waiting for his arrival despite his 174M life points. He spawns many little wolves and does MC (control). 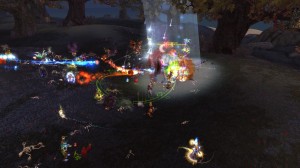 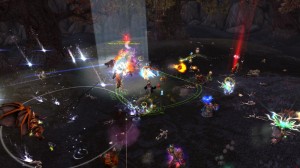 And a picture of the boss before everyone jumps on him: 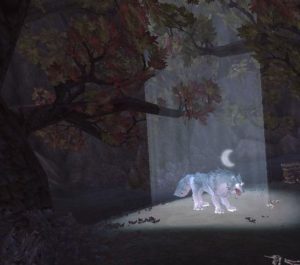 The boss gives all players an item, Moonfang Fur, which can be used to start a quest and obtain 10 Darkmoon Prize vouchers, increasing the number of tickets redeemable per week from the Fair to 155 vouchers. In addition, he can give (every time he is killed):

Don't forget to drop by and kill the rabbit while you're around!

Continue reading on the topic: