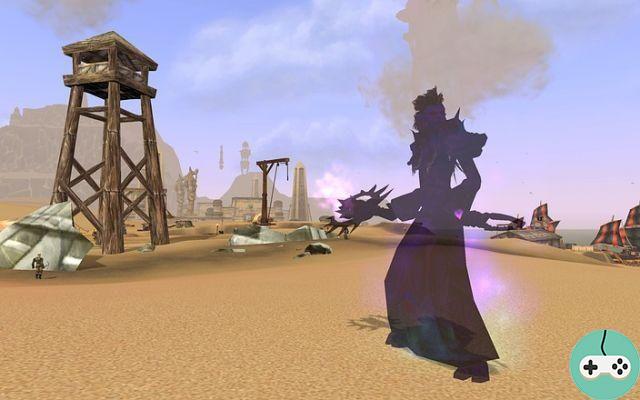 Today is the last article on distance classes in PvP. Previously we looked at all of the damage specialties available in World of Warcraft both melee and ranged. We saw their characteristics, their styles of play, their strengths, their advantages but also their weaknesses and lacks. For this final edition, it is an unprecedented class, never before mentioned in the 13 previous editions that we are going to dissect. This is the priest, in his unique damage specialization: the shadow priest. 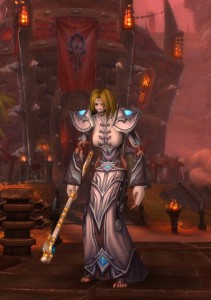 Priests are spiritual guides, whose life is dedicated to prayer, to their faith. The meanders of souls no longer hold any secrets for them. The priests deserted their places of worship to come to the aid of their allies at war or to use their dark side, that which resides in each individual, for destructive ends. This last path interests us today. The shadow specialization bases its damage on a few spells over time but also has direct damage spells. Single-player or scaled-down PvP isn't the place for the Shadow Priest to thrive. In a group, however, the priest is a very interesting support class, due to the attributes he shares with the two healing specializations. But this is not its only asset. 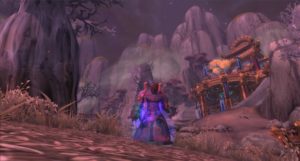 Its brutal damage phases The Shadow Priest builds up his pressure with damage-over-time spells that he can place on multiple targets. But its dangerousness lies in the instantaneous spells of direct damage that it can send in an unpredictable and sudden manner. The most violent is the Devouring Plague used with 3 Shadow Orbs. He also has the Divine Clairvoyance and From Darkness Comes Light talents, which occasionally removes the casting time of his Mind Spike and Mind Blast direct damage spells. Some priests will prefer to play with Comfort and Madness, which is more powerful but difficult to use due to the many interruptions available to other classes. During his violent damage phases, the priest can also send his shadowsfiel which inflicts quite substantial damage. He will even have been able to previously remove the improvements of his target with the dissipation of the magic.

His defensive support : the shadow specialization inherits many advantages due to the care orientation of the priest. At first, to avoid his partners to undergo checks, the shadow priest has the possibility of attracting an allied player thanks to the leap of faith, to avoid him being subjected to a hunter's trap, a frost ring, or all. just to get away from melee attacks. He can also temporarily immunize a player to fear spells with Fear Guardian. In addition, if his healer ever becomes controlled, he always has the option of dispelling him with mass dissipation. Additionally, the Shadow Priest can gain passive healing when dealing damage using Vampiric Embrace. In case of need, the Shadow Priest can use his healing spells to revive the life of a partner with Prayer of Healing, Renovation, Quick Heals, Shield, Binding Heals, Divine Star, or even facilitate his escape with Angelic Feather. . Finally, he can save the life of a player in difficulty thanks to the passage in the void, but this spell cannot be used in PvP rated.

His survival : the main problem of the shadow priest is his survival. So much so that it is essential for a priest to equip himself with protective glyphs. The Glyph of Inner Fire, the Glyph of Sanctum, the Glyph of Oblivion, or sometimes the Glyph of Healing Prayer depending on opponents, are a must have. The cloth equipment, however improved by the inner fire and the shadow form, makes the character very fragile. Apart from the glyphed oblivion, he only has two defensive spells. The one with a fairly long cooldown is scatter. The other does not offer damage reduction per se and can be interrupted very quickly, which is spectral semblance. His healing spells will therefore be very important and should be used as soon as possible to compensate for his fragility.

Its controls : The priest has excellent instant controls, such as psychic cry or silence, but which have particularly long cooldowns. Likewise, psychic horror takes a very long time to reload for a very reduced control and which requires the use of orbs, useful for damage. The last option is in the level 15 talents. However, the Void Tendrils are not a real control per se as they would not disturb a healer, the Psychic Demon is easily killed and his fears are on the same diminishing returns. than the psychic cry. As for the hold, it is difficult to use, because it can be easily interrupted, and it also makes the priest inactive. Suffice to say that the priest will rarely be able to control a healer alone. 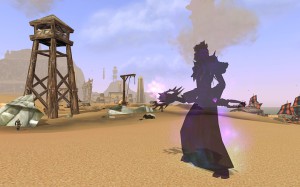 In my opinion, because of his sensitivity to adverse attacks, the priest is not the most interesting class to choose if you want to play alone or small format. The ideal for a shadow priest is to blend in with the crowd, like in a battlefield, or in a 5v5 or even 3v3 arena format to place his spells everywhere and send "the pie" quietly. He is an excellent support person who also needs to be assisted. It will be a perfect "control" complement to a thief or a mage, also preventing the latter from seeing his frost spells dispelled thanks to the 4-piece bonus of PvP equipment. A Balance Druid will also be a good addition to the Shadow Priest's healing and damage over time.

This class can be very frustrating, as well as very enjoyable. If you are a lone player this is not a class I would recommend. On the other hand, if you are sure that you can be accompanied by at least two partners, you will be able to take great pleasure in developing your potential and achieving fairly specific things.


Do you want to be up to date and know all the tricks for your video games? In gamesmanagers.com we enjoy playing as much as you do and for that reason we offer you the best tricks, secrets or tips for you to play non-stop. We offer you quality content and always updated to keep you up to date. That's why, in our website, you will find not only videogame guides but also tricks, secrets and thousands of tips so you can play to the limit. Are you ready to get it? Enter now and enjoy your videogame!
ESO - Release Notes 1.5.4 and Maintenance ❯