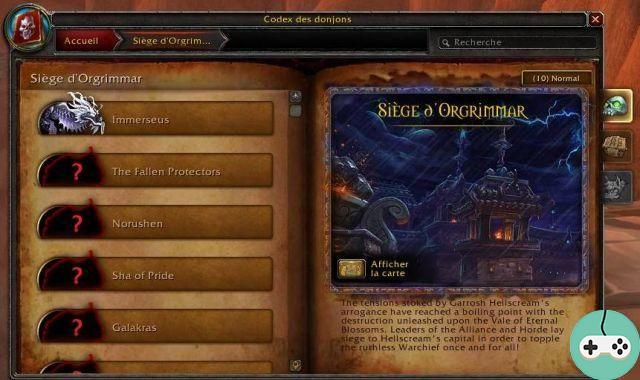 Currently on the test server, this new raid will arrive with 5.4 and offers 14 bosses. Thanks to the codex, we can know the name and some of the abilities of these future bosses who will make many players spend sleepless nights. However, some texts are still missing, the translations are not all done and some bosses do not even have their files yet.

As I know you are probably wondering what these bosses look like, little video from the codex with the abilities and models!


In the Raid Tool, the raid is distributed in 4 wings requiring a minimum equipment of 500 iLvl (thank you Danao for the image):