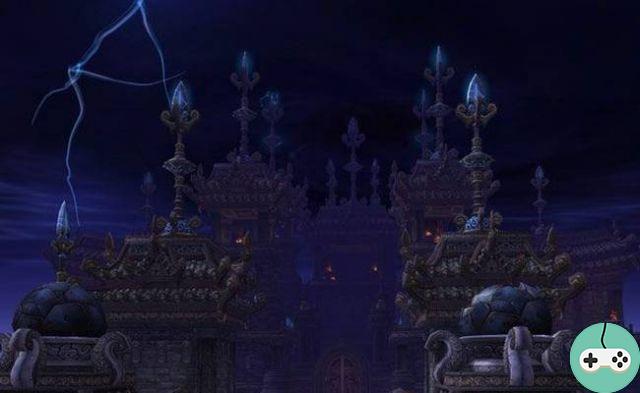 While 5.1 has been on the servers for a few weeks, information is patchy on 5.2, given in droplets on twitter, forums or during interviews. A priori, this new patch will contain (source): 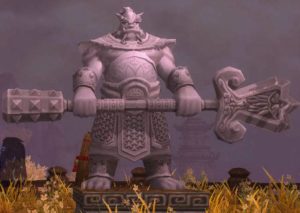 The raid could have as subject the return of this king Mogu, "Thunder King"

And here are all the little changes that are being considered here and there.

Plowmen : They plan to make farmers more efficient with each successful harvest to reward attendance. They are aware that changes must be made as we become more efficient, perhaps with more plantations not requiring intervention to grow (source)? The area will gradually become a beginning of housing, they plan to make it a rest area, where you could invite your friends (NPCs), giving missions to earn a salary.

Generally speaking, they plan to donate reputation bonus via certain scenarios or dungeons, and no longer only via repeatable quests (source).

Plans Lor'themar will be clearer once 5.2 (source)!

Once at the maximum in the points of value, Blizzard seeks a solution to convert them into point of value. Justice (source).

The lower good fortune charms (allowing to have an additional chance to obtain loot) will soon be recoverable during mascot battles for level 90 characters (experience corresponding to a yellow creature for other levels) (source).

La transmogrification could see some limitations removed on weapons, like the off hand / main hand distinction or allow the use of weapons with similar animations like 2M ax / 2M sword (source).

Edit 21/11: on Facebook, we were treated to the first image of the raid which will arrive at the beginning of January on the PTS: 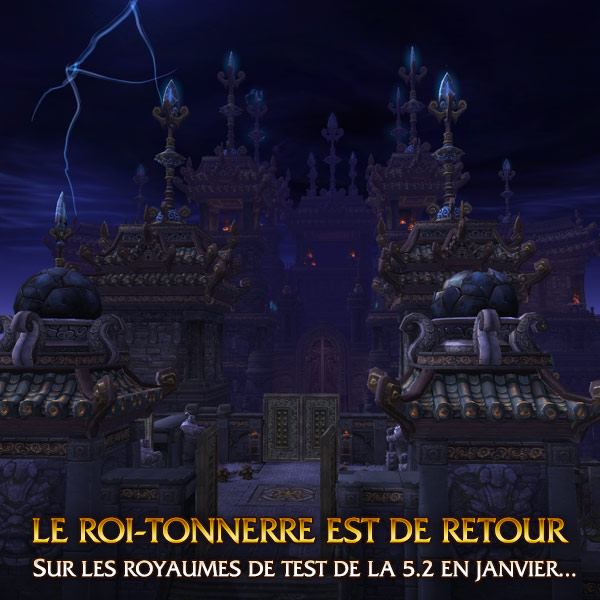 Edit 22/12: modification of the main features of the patch

Do not hesitate if I have forgotten essential information!