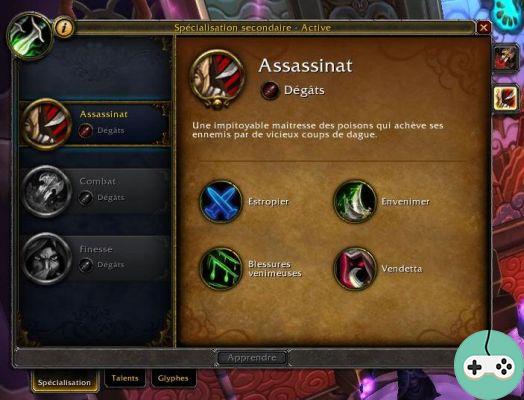 With the release of the Class Mini-Guides for DPS Specializations, I've had to try to understand Blizzard's choices for this fifth expansion and in what context it's done. This article concerns my opinion and my vision of things, it is not a word to preach but ideas that I wanted to share, even if it means that they evolve by debating.

Let it be said, in 10 years, video games have evolved enormously and World of Warcraft has been and remains an important player in the video game scene. But naturally, the first generation of WoW players has now split into several parts:

For me, this difference had the impact that we all know: the decrease in the number of subscribers in recent years. Once again, don't cry heresy, there are still 7,5 million players left! What is Blizzard's goal then? Just keep the 7,5 million and new players, and new generations of players are coming.

This is where the current Blizzard philosophy comes into play (haha the joke!). We saw it for HearthStone and Heroes of the Storm, a principle always comes back and applies today to World of Warcraft: easy to play, difficult to master. The mini guides are proof of that, just look at how damage rotations are built:

You see, there is a pattern in how to approach each class (in the specializations presented attention). It is rather easy to take control of our character (some veterans will say that this is only 4-button gameplay). Blizzard, however, leaves us the luxury of discovering our talents, glyphs and other spells in our spellbook. This may be where the difficulty comes in: optimizing and mastering your character and gameplay. We all bitched (or at least brought up the idea) because a DPS did less damage than us when we had less equipment than it ...

Be between two waters

Blizzard's position is not simple: newbies should be able to pick up the game easily without getting lost. For those who have been playing WoW for a while, there is no problem with a new expansion. But for a player who arrives, he must understand where he is arriving, without having to understand the past 10 years and 90 levels (although for trades it may be complicated). Sesame is part of the accessibility of the game equation.

On the other hand, we find the players who have known "the great times", when the game was long and perhaps harder. Suddenly, having a gameplay that boils down to "4 keys" scares them and they want to review more complex rotations. I want to answer that times are changing (that's the easy answer), but that we have only been presented with 4 or 5 spells in the mini-guides. Your spellbook has at least 4 spell pages and the spell rotation for groups of enemies has not been shown.

So let's go back to Blizzard in a few months (or how to put the cart before the horse)?

The aspect to take into consideration in the words of the players is necessarily the personal and subjective nature of his comments, which is quite normal. But couldn't we ask ourselves if the players are asking the right questions: aren't there specializations and more complicated classes to master? Isn't thinking too fast?

Once again, the answers will be subjective because each player has his gameplay preference and must also know if he wants more or less difficulty, if he appreciates his class. This is a very global question but to support it I will give my case: I am equipping a DPS druid. The gameplay of the balance druid is interesting with the solar / lunar duality but from my point of view, I prefer the feral druid even if it means doing a little less damage but having a bigger and more exciting margin of progress. Discovering all aspects of my character and looking for the perfect combos for my kitten attracts me more than doing it on my owl. Yesterday in LFR, I asked a tank with whom I sympathized his opinion on the DPS druid, he replied that he preferred the balance druid.

Professional World of Warcraft players respond the same when asked why the roster does not have such specialization or which class is the strongest: the 25 people of the guild who are leading the race for the first down play characters that they are particularly fond of and which they also master, these are not the default choices.

I think we can discuss this subject for long hours but right now, I think WoW is undergoing a turning point in its evolution because the context wants it too. We must not forget that the competition is always present that Blizzard does not intend to announce the decline of its MMO anytime soon. I'm not rejecting the few changes to the classes at all as this is just another approach the developer wants to bring to players.

In the meantime, I invite you to give me your opinions so that I continue my thinking (and change it why not!), While remaining open and courteous. Remember, every player is different and sees the game differently?

ZHEROS - Baston in the galaxy!

BFH: A scenario worthy of a detective series