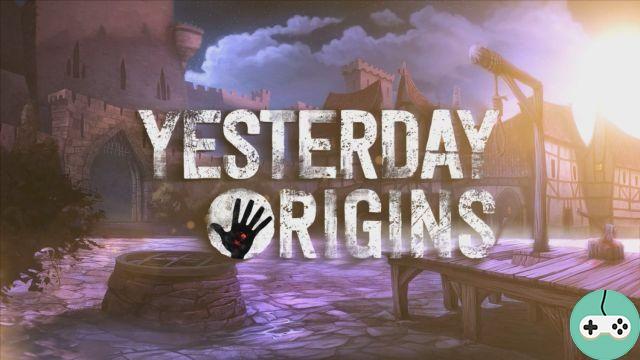 Already presented twice during our trade fair meetings by the publisher Microïds, Yesterday Origins is a point-and-click that I have been following for about two years (Gamescom 2015 & Gamescom 2016), developed by Pendulo (Runaway) and edited by Microïds.

From the first images, the game puts us in the mood. Our character walks painfully in the streets of a medieval village, his hands tied, a strange mask on his head. Stones are thrown, he suffers the hatred of the villagers who call him the Son of the devil, he stumbles and loses consciousness. 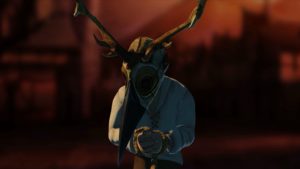 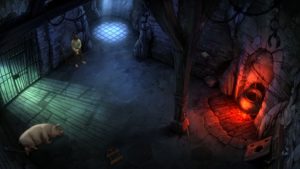 When he wakes up to the cries of a pig, he finds himself in a prison with his foot tied to a wall. He must get out of this situation, the opportunity to learn how the controls work. Everything is directed either to the click or to the joystick, although the studio recommends the second. I have tested both and they have their advantages. The click is more practical in my opinion to directly choose the interesting object, the joystick forcing to switch from one to the other. On the other hand, to move the character, the joystick is really good, just like to visualize objects and characters in close-up. It's up to you to see your preferences and your equipment. 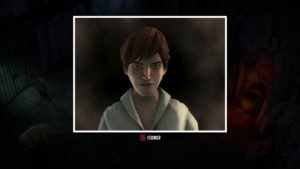 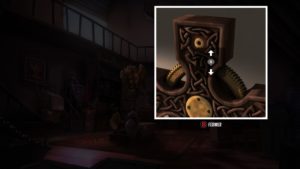 The graphic style is very assertive and the music perfectly matches the terrible jails of the Spanish Inquisition. Great care is taken in the sound environment, with cries, the pig snoring, the guard who drinks continuously. All of the dialogues are dubbed in spanish (and in beautiful manners), coupled with comic strip speech bubbles. Object descriptions are in text only.

Instruments of torture are left on the ground and dried blood on the walls does not bode well for the future. The game is prohibited for those under 18 and the themes mentioned are hard, without artifice. Of course, there are the counterparts of this style of play, allowing for example to call the guard 10 times while making the pig squeal without him suspecting anything, systematically performing the same actions (a shortcut offer to skip the cutscene to go faster). 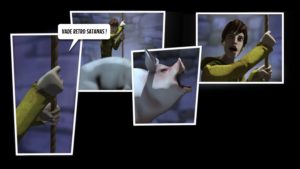 The objects of the world generally have one or two possible interactions, to look, to take, to interact ... Where the game really innovates, it is by its management of the resolution of the puzzles via an interface combining the objects. The character thinks in another voice and it is necessary to put in the boxes the objects to be used, obtaining a result directly displayed on the screen. You must of course have found these objects in the world to use them from the inventory. Also added in the interactions of the characters, even concepts found while discussing or observing the world. 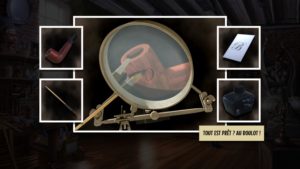 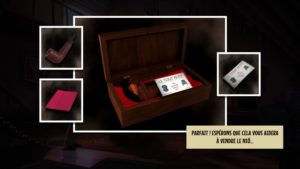 The inventory, displayed at the bottom of the screen, is therefore separated between objects (on the left) and characters / ideas (on the right). 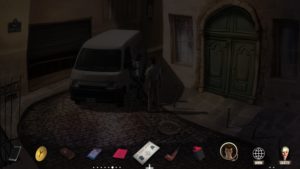 The game takes us through various eras and we arrive right after in modern times. Because yes, if you did not know it, our hero, John Yesterday, may not be the son of the devil as the Inquisition accused him, he is however immortal, being reborn after each death at the exact age he is he had when he first died. The only concern: the immortality spell was not correctly cast on him and he systematically loses his memory. In order to limit the damage, he sends himself a video every day to explain the situation. 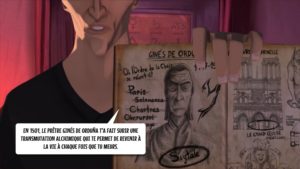 With his girlfriend Pauline, also immortal (without the side effects of memory loss), he runs an antique shop in Paris. Both characters are playable and you will see that the first task with Pauline is to say the least ... explosive! 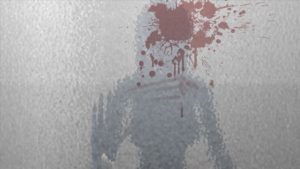 They seek to get more information about the Immortality Ritual, hoping that they may someday be able to successfully complete it on John and sort out this memory problem. However, they face a more down to earth problem because they lack money and they hope to be able to settle their debts through the sale of a statue of great rarity to a rich billionaire who has just recently claimed to want to acquire one. in this style. 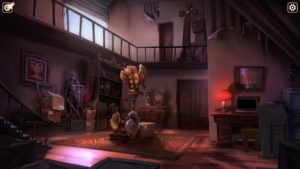 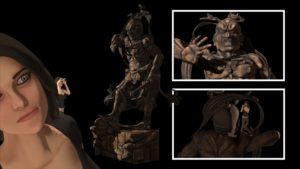 But is it really a coincidence that our heroes just have one? The story unfolds through ten chapters, taking us through various eras, with two heroes with multiple lives, sometimes reappearing to John. 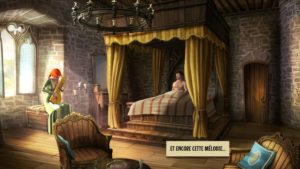 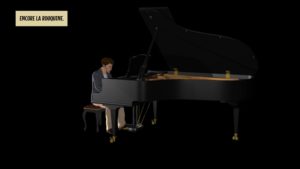 Immersive by its graphic and musical atmosphere, Yesterday Origins is a very beautiful adventure game embarking on a dark story of black magic and witchcraft. Our heroes are straightforward and ready for anything after so many lifetimes spent making tough decisions. The dialogues are precise and interesting, revealing the atypical characters encountered during our adventures through more than 500 years of history. The puzzles and combinations of objects are logical, without being too obvious, the difficulty is therefore well balanced. Allow about ten hours to shield the story, depending on the number of times you get stuck in the puzzles! 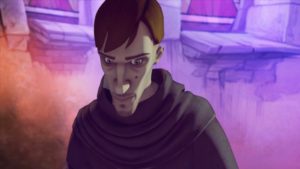 Add a comment from Yesterday Origins - A Dark Adventure Game