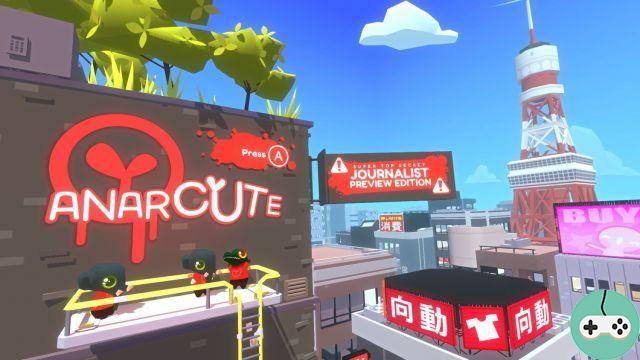 Anarcute is a game that we had the opportunity to test in April 2015 during a presentation of independent games (Indie Game Play). It is now playable in a demo comprising ten levels offering a good overview of the full version with several modes, boss fights, puzzles, all in four cities.

This game is a riot simulator, which means that you don't control a single character, but a group of characters who evolve together and grab whatever they can to do damage. All cute, the rioters are big-eyed bugs, rabbits, crocodiles, kittens. And as the levels progress, new animals are unlocked, for even more kawai. 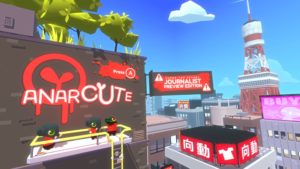 Several objectives are to be accomplished depending on the cards: find your friends, capture the flags ... There are also boss fights, a big bad guy against whom you have to deploy a special strategy. 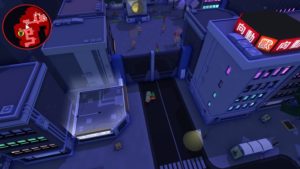 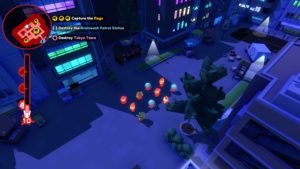 We must not trust their faces because the rioters are not defenseless. As I mentioned before, they can throw objects. Almost everything in the streets can be picked up: cars, telephone booth, traffic sign, benches ... You have to go over them and, if a rioter is not carrying anything, he picks it up. As the mob is a globally controlled entity, it is not possible to specifically choose which rioter will pick up what, or which projectile is sent. It is suddenly common to have to pass over an object several times to pick it up until a rioter with free hands passes. Thus, the larger the group, the more projectiles it is possible to "arm". As soon as at least one of the rioters is armed, the targets then automatically go to nearby enemies and an object launches with RT. 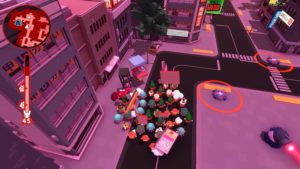 When there is nothing more to throw, or when the targets are close, they can make a classic attack, with the button A. To avoid the enemy attacks, or the laser beams or the other villainies prepared by the forces order, the crowd dodges with X. There are lasers which turn, which go out and light up, enemies which appear ... The streets are really not safe! 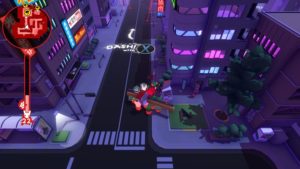 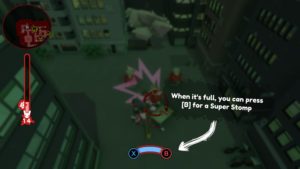 Once enough rioters are found throughout the city streets, they gain the ability to charge a target to move it with B. With even more people, they are able to take down buildings with Y. Finally, the final stage concedes infinite projectiles. These gameplay elements allow access to other areas, or to free other rioters who are hiding there. Namely that this gauge goes down if the rioters die, so you have to be careful to keep as many people as possible alive to keep these powers. 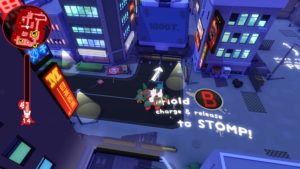 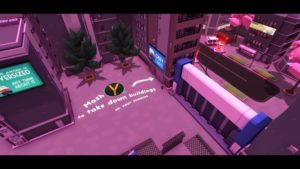 Completed levels offer cash, which can be used in the dispenser for specific benefits. 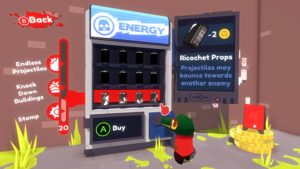 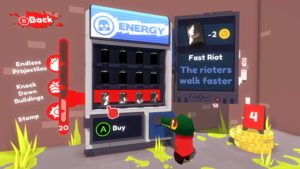 Fun and unapologetic, Anarcute is a cute game to let off steam for everyone. The demo is already well advanced, between 40 and 50 minutes of play for 10 levels in the cities of Tokyo, Paris, Miami and Reykjavik. The final game is expected to run for 5-6 hours and will be available on PC (Steam) and consoles (Xbox One).