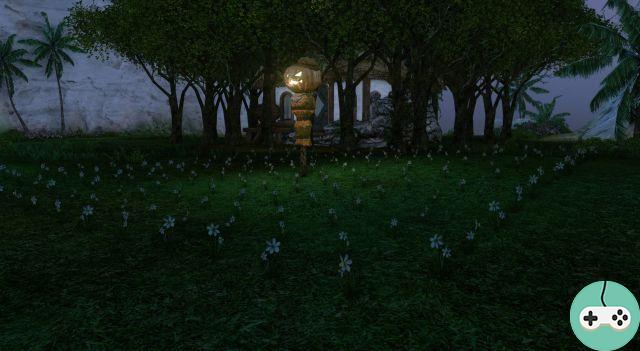 A member of ArcheAge Source posted a lengthy rundown of the game. Let's talk a bit about crafts and professions. 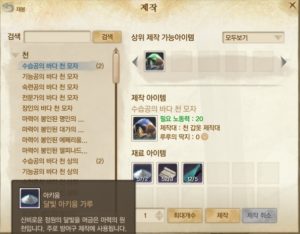 Crafting in ArcheAge is quite controversial as it has been greatly simplified compared to what it was in beta. Equipment was taking damage and could be destroyed. When it was, it was enough to create a new one and combine the two to get the stats of the destroyed item with the durability of the new one. The development team has however decided to withdraw this system, too restrictive for its taste.

Instead, they implemented a new system to improve its items. For example, if you want to create a level 50 item, you will first need to craft the level 20 version, which will require less resources. You will then improve it at the following levels, requiring more scarce resources, until you reach the version you want.

With each process, you have a chance to get a higher quality item.

You can practice professions in ArcheAge, such as classic armor and weapon crafting, fishing, cooking, for a total of 21 professions. 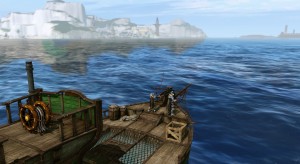 Like Rift, there are two fishing sectors: standard fishing and deep water fishing. To find these spots, you just have to look carefully at the groups of seagulls. You will then have to cast the line, and when a fish bites the bait, a sequence is activated, asking you to certain actions, such as going right, left, forward, or activating certain attack skills. Once the fish is dead, you can collect it. 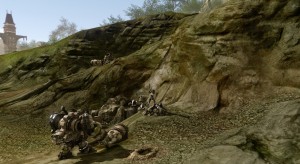 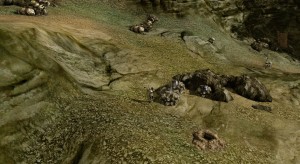 The mining is quite classic. There are classic ore veins, where you will harvest iron or stone ores. But sometimes it happens that rarer veins lurk underneath, giving you a chance to scavenge for Silver, Gold or Bronze.

You can compose your own music and then play it. 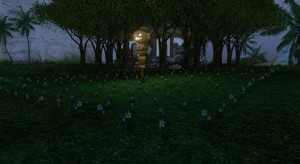 It is possible to trade, build and collect things, there are plenty of trades for that. Points are earned by building, selling or collecting.

It is possible to mount a profession, regardless of the number of labor points that one invests. As you level up, you get a higher chance of getting rare materials or less labor points to use. A profession is at most 50k, it is the rank of master, allowing to create special items and mine rare minerals.

In addition to the profession of writer, it is possible to learn languages, to be able to speak to enemy races for example.