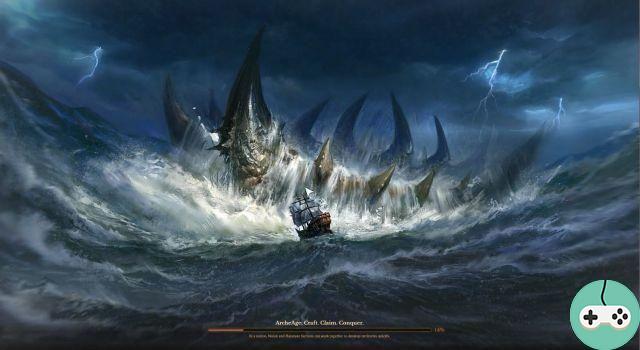 Earlier this month, I had the opportunity to discover ArcheAge update 4.0, titled Maelström.

Combining functionality from 3.7 (3.7 has been split in our version, partly rolled out with 3.5, so the rest is coming now) as well as Korean 4.0, this update focuses on player feedback. 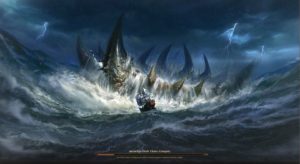 With the new group finder system, it will be easier than ever to find other players. An advertising system is in place with various options. Additionally, two raids can work together to ally in the face of the world's greatest threats. The leader of raid 1 becomes the leader of both groups, with the leader of raid 2 becoming his assistant. 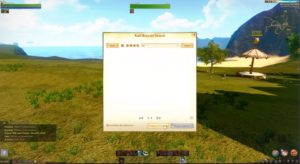 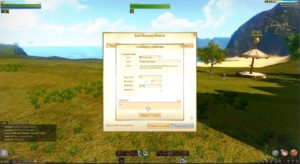 Now, thanks to the new gem system, there is no more risk of exploding your gems, removing a large part of the randomness. Don't worry if you already have gems: you can continue to use the ones you are currently using. Overall expect an increase in gem stats as well as a balancing of the economy on this side. 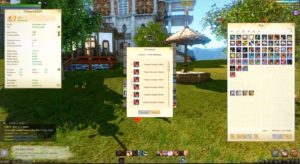 Functionality that may seem incidental but which is less so than it seems: the possibility of changing the rotation of already established houses.

Other changes impact the crafting system and in particular with the addition of the Folio, a notebook referencing all the existing recipes, the necessary components, the possible improvements, to simplify the work of the craftsmen as that of the customers in order to make the whole more understandable. 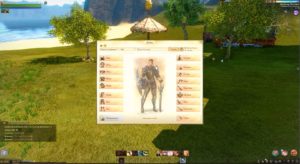 Another collection also benefits from improvements: the titles. The collection system now offers the option to detach the displayed title from the added effect. A customizable icon is also added next to the character's name. 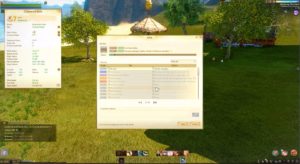 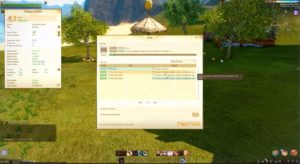 To simplify the operation, currencies are removed and for the most part converted to either Honor (PvP in open world) or Gilda. Items are now accessible directly in-game, without having to go through premium currency. 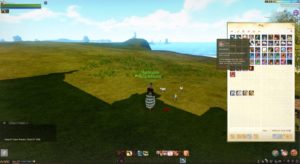 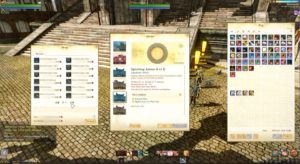 With the revamp of the arenas, a new currency is introduced, the Kyrios Badge. The system will make it possible to potentially face the whole region, multiplying the possible adversaries. To ensure content balance, 5 vs 5 arenas are being shelved. 3 dungeons are also deleted: Sharpwind Mines, Palace Cellar and Kroloal Crater. They will normally return in the future in an improved version.

The highly anticipated “Bloodsalt Bay” is coming, allowing teams of 3 to 5 players from any faction to compete in 5v5v5v5vXNUMX matches. The goal is to win the favor of the gods by collecting as many souls as possible in the allotted time by navigating tumultuous waves aboard ships with different characteristics (more or less fast or resistant). 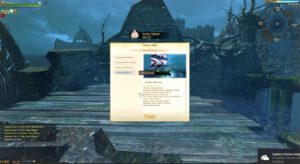 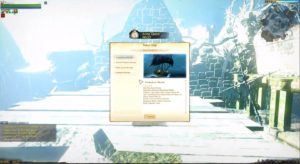 During the entire match, participants only have access to the abilities of the ship, and not to the abilities of their characters. Different strategies are possible to succeed, more or less risky: recover souls directly from the waves, ram enemy ships, recover artifacts, collect boosts, kill mini-bosses (kinds of whales that can jump on ships to inflict damages)... 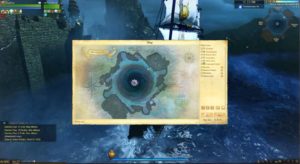 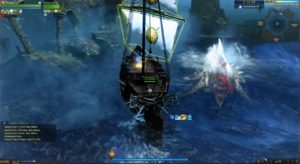 Note that it will not be possible for the moment to enter this arena in a group but that they plan to do so in the future. 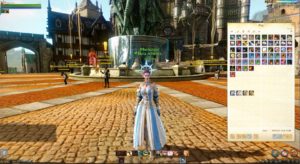 Finally, this update brings different cosmetics to the store. On this side, the developers drew my attention to the "Draft of Forgiveness" flask, whose power has been greatly reduced compared to its Korean version: you have to live with the consequences of your actions more than ever! 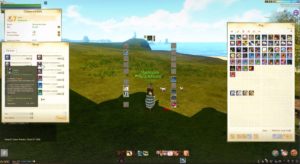 Some additional articles that you will undoubtedly find useful complementing this presentation:

Do not hesitate to (re) test ArcheAge on this occasion, the game is free-to-play!


Do you want to be up to date and know all the tricks for your video games? In gamesmanagers.com we enjoy playing as much as you do and for that reason we offer you the best tricks, secrets or tips for you to play non-stop. We offer you quality content and always updated to keep you up to date. That's why, in our website, you will find not only videogame guides but also tricks, secrets and thousands of tips so you can play to the limit. Are you ready to get it? Enter now and enjoy your videogame!
WoW - Treasures of the Thunder King soon inaccessible ❯

Add a comment from ArcheAge - Introducing the Maelström Update