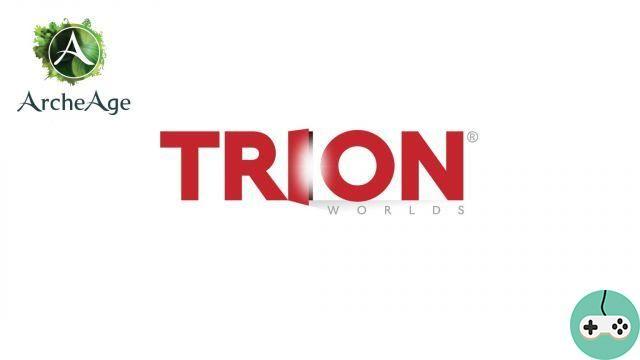 On March 25, the second part of the DLC for Bioshock Infinite, named: Underwater Tomb (TSM), appeared. Rich in an original universe and characters more wacky than each other, does this extension bring real added value to the rest of the adventure?

To answer this question, I give you my impressions below after having gone through episodes 1 and 2 of the DLC from top to bottom. Of course, this article will primarily speak to connoisseurs of the license but may be able to give a taste to neophytes. Have a good dive! 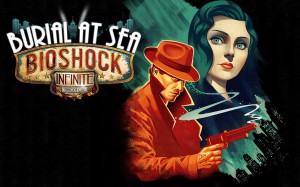 20 environments under the sea

After a Bioshock Infinite having propelled us to 7th heaven (literally as figuratively in my opinion), we are now back in the bowels of Rapture, a real underwater city masterfully managed by Andrew Ryan. During Bioshock 1 and 2, we were able to explore this city in the grip of anarchy and the absence of any moral sense of a people addicted to plasmids. To put it simply, plasmids are serums designed from Adam (stem cells) that produce genetic modifications and allow them to acquire amazing abilities. However, the excess of plasmids tends to make his patients psychologically very ... unstable. 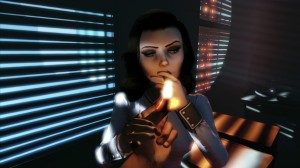 I voluntarily pass you the details of the scenario of Bioshock as a whole, in order to avoid any revelations and relatively complex paving stones to apprehend. However, one of the peculiarities of episode 1 of TSM is to immerse the player in the unknown. Those familiar with the license will ask themselves many questions:

In short ... we start the adventure in the most total artistic blur. Thus, after the first lines of dialogue with Elizabeth, the first thing that came to my mind was: "Uh .. I don't understand anything at all there!" Indeed, it is one of the peculiarities, in my opinion. sense, from episode 1 of TSM. It is a question here of posing the context, the characters as well as all the related questions.

No doubt, one of the positive points of this episode 1 is above all the discovery of Rapture in the golden age. With a quality artistic direction and a sympathetic sense of achievement, we must admit that the visit is very pleasant. Technically, even if a few textures and models sometimes seem indented, it didn't really shock me. The atmosphere and the general design enhance the sauce in a very nice way. 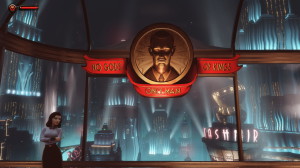 To put it simply, this first episode is divided into two parts. A first part of exploration with in particular the meeting of known heads (Big Daddy, Cohen ...), then a second part more nag action, where the glitter of a Rapture at its peak replace revolver cartridges and other heavy machine guns .

The answers to the questions asked at the beginning of the adventure frankly see almost no answer during this episode 1, except possibly at the very end and its cliffhanger leaving the player with his mouth open in astonishment. As for the adventure itself, there is not much to say. Fans of the series will appreciate the many references to other Bioshocks scattered around and will enjoy digging into the story through voxophones (sort of dictaphone), but it is clear that the gameplay left me slightly unmoved. Always so nervous, the second part of episode 1, however, proves to be no surprises in terms of gameplay by offering us something already seen in the previous episodes (finding a plasmid, chasing an enemy ...). However, it is not unpleasant to walk, far from it! But is it really striking? It's already less certain ...

Indeed, as specified previously, I consider this 1st episode as a short preamble to the 2nd (allow about 3 hours to reach the end taking your time). It does nothing but pose the basic elements essential to episode 2, by the presentation of a rich universe but of a gameplay resting on these laurels, however good it may be. So, there is no need to detail more about this introduction and let's look at the 2nd episode instead.

This episode 2 marks a important turn in terms of gameplay, narration and progression. Indeed, exit the big questions and place the revelations which stain so much they are important for the whole of the license ...

The adventure begins and this time we play Elizabeth, quietly having her coffee in Paris. This 2nd episode begins very strongly by offering us an image of Paris in Bioshock sauce. Sumptuous in appearance (albeit cartoonish) for those who appreciate style and an atmosphere with small onions, accompanied by an aria from "La vie en rose" by Edith Piaf, this beginning of the episode artistically dazzles us.

It is all well and good to walk the streets of Paris, flower in gun, however it is precisely time to cock this gun and pierce people with it. The action of this 2nd episode sees its gameplay revisited with the possibility of playing infiltration. Indeed, Elizabeth does not have the same characteristics as John Rambo. Of a more fragile nature and thus less able to rush into the crowd, the beautiful will nevertheless have at her disposal a panel of techniques dedicated to infiltration. You will thus find skills allowing you to make yourself invisible or to invoke a shield protecting you from bullets, for example.

In addition, we have the choice between taking out the large traditional arsenal (revolver, rifle ...) and sending the enemies 6 feet underground (well under water as a result ...). Unless you prefer to put a small crossbow to good use and play it Splinter Cell. Indeed, this crossbow can be equipped with different types of bolts: 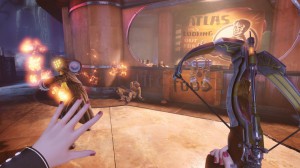 Suffice to say that the gameplay is evolving very nicely by offering a different and pleasant approach to play. In addition, the environment itself has been worked to promote infiltration: evacuation ducts to sneak discreetly, door / turret hooks, presence of broken glass / water on the ground which can accentuate footsteps and get you spotted.

Pleasant certainly, but not really very difficult. Having tested TSM almost completely in 1999 mode (highest difficulty mode), I only died twice and again because I looked for it. Indeed, some powers, including invisibility, are particularly effective against enemies whose AI is not the sharpest. The infiltration sessions are therefore pleasant, overall well done but above all quite accessible, especially if you take the time to explore to acquire bonuses optimizing powers and abilities of discretion.

However, the resources (ammunition, lives ..) may turn out to be rather scarce in episode 1, but less so in episode 2, especially if you are playing exploration / infiltration. Indeed, in this case, the best technique is still to sneak behind the enemy's back, to strike him a good blow behind the neck to knock him out and thus save a few squares.

Revelations, surprises and whatnot

This episode 2 is mostly intended for fans of the series, since they will find all the answers to their questions, and even more! After an episode with a lifespan of about 4-5 hours, Ken Levine (designer Bioshock 1 and 3) gives us the ultimate secrets of Rapture among others, links between certain characters, the development of Big Daddy, their links to the little sisters and other decisive revelations in the unfolding of the story. This second episode will make you progress in various places (even diametrically opposed ...) in search of answers, without forgetting its share of references to the first 3 Bioshocks.

At the end of this extension, it is clear that we have another look at the whole license thanks to a narrative gaining in depth, which makes it possible to highlight several gray areas of the scenario and to add more relief to the whole story.

Be careful, however, this is a story that is (still) gaining in complexity. The final revelations are therefore welcome. 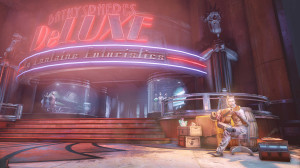 After a 1st episode, in my opinion, of relatively anecdotal introduction, the second episode raises the bar in a very good way and reaches a higher level of quality, by a renewed gameplay gaining in freshness, by a more varied progression but with a rhythm more posed (infiltration requires), a longer lifespan, and breathtaking revelations for Bioshock enthusiasts.

So if you are ready to dive into the adventure, Steam offers a season pass for both episodes (+ a mode for scoring) for 20 €: here ! However, for the neophytes of this universe, I can only advise to start the adventure from the very beginning with Bioshock 1 and to savor the wobbly and limitless ideologies of a universe sometimes underwater, sometimes aerial that is Bioshock. A title overall of great success in my eyes, a beautiful pearl in this ocean of video games.

And you ? What do you think ? Are you following the Bioshock license as well?


Do you want to be up to date and know all the tricks for your video games? In gamesmanagers.com we enjoy playing as much as you do and for that reason we offer you the best tricks, secrets or tips for you to play non-stop. We offer you quality content and always updated to keep you up to date. That's why, in our website, you will find not only videogame guides but also tricks, secrets and thousands of tips so you can play to the limit. Are you ready to get it? Enter now and enjoy your videogame!
GW2 - Guide de l'artisan ❯